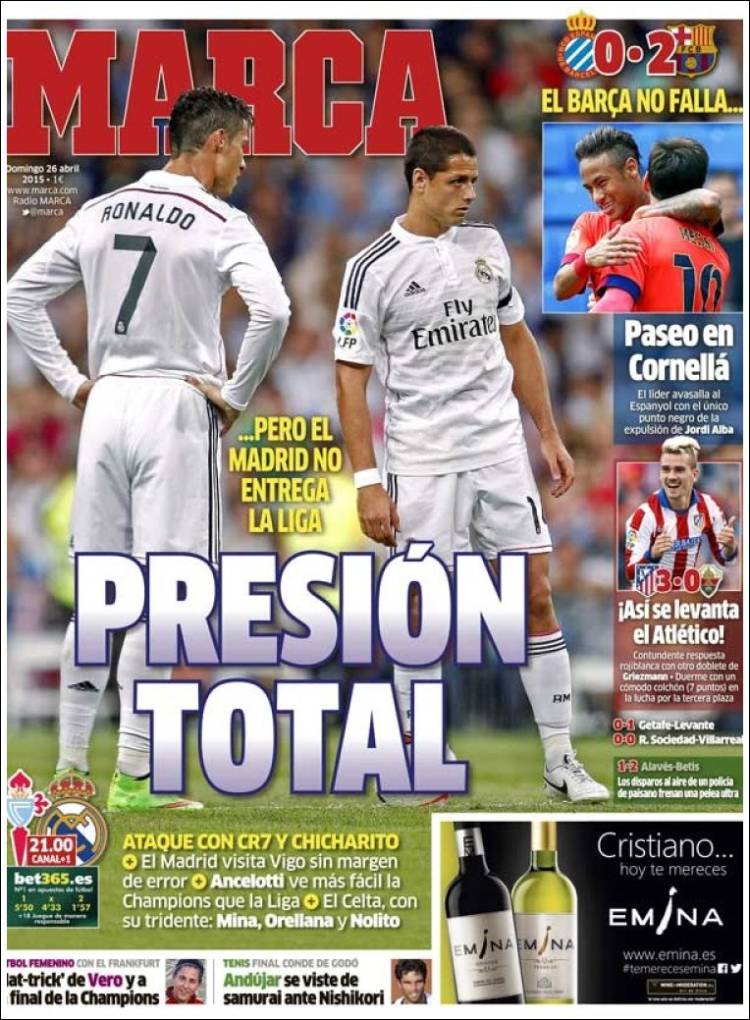 Total pressure...but Madrid are not giving up on La Liga

Attack with CR7 and Chicharito

Ancelotti feels the Champions League is easier than La Liga

Celta, with their trident: Mina, Orellana and Nolito

A stroll at Cornella

This is how Atletico raise themselves!

An overwhelming Rojiblanco reply with a double from Griezmann

Alaves-Betis: a shot into the air from a civilian policeman stops a fight between ultras 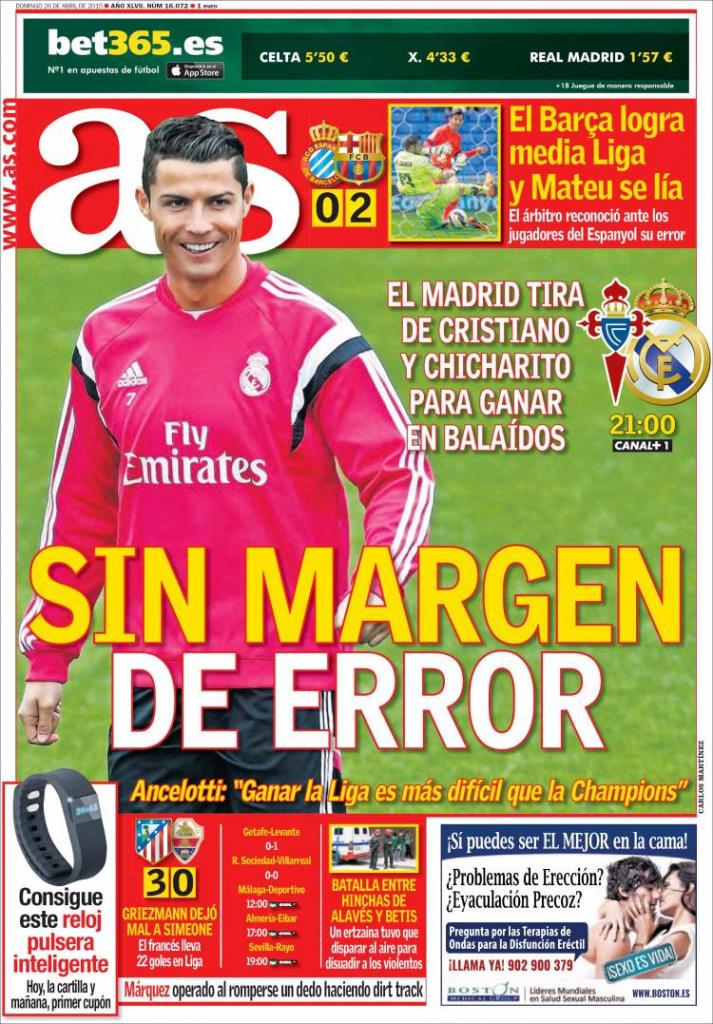 No margin for error

Madrid bring out Cristiano and Chicharito to win at Balaidos

Barca halfway towards La Liga and Mathieu gets involved

The referee acknowledged his mistake to the Espanyol players

The Frenchman has 22 goals in La Liga

Battle between Alaves and Betis supporters 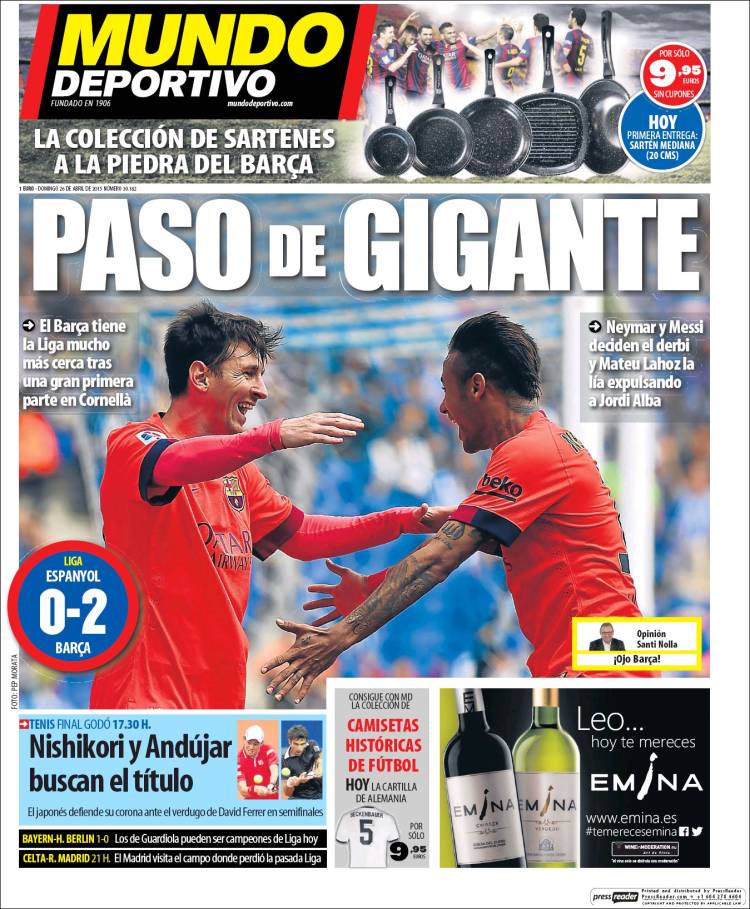 Celta-Real Madrid: Madrid visit the ground where they lost the League last year