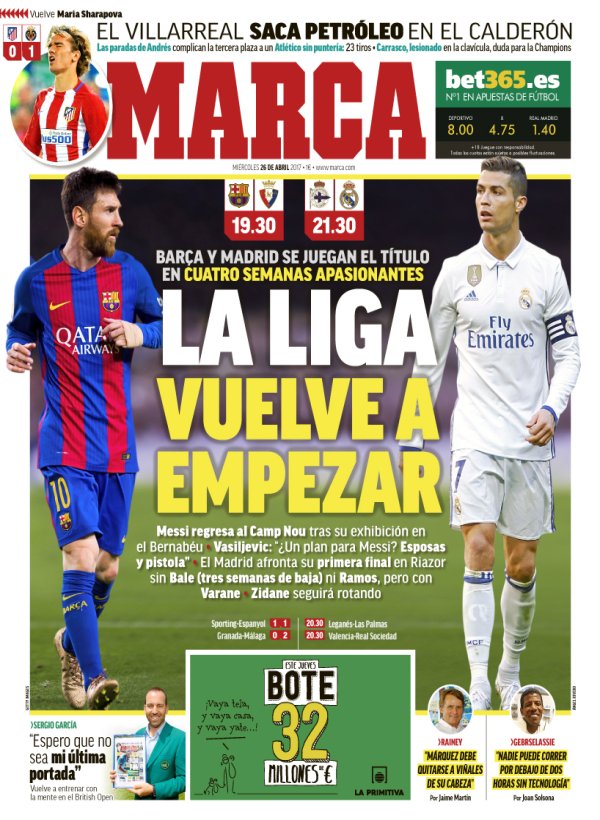 La Liga returns to the start

Messi returns to Camp Nou after Bernabeu exhibition, Vasiljevic: A plan for Messi? Chains and a pistol

Madrid travel to the Riazor without Bale (three weeks out) nor Ramos, but Varane is expected back, Zidane to rotate

Villarreal the bogeymen of the Calderon - Atleti could not score despite 23 attempts, Carrasco injured - doubt for the UCL 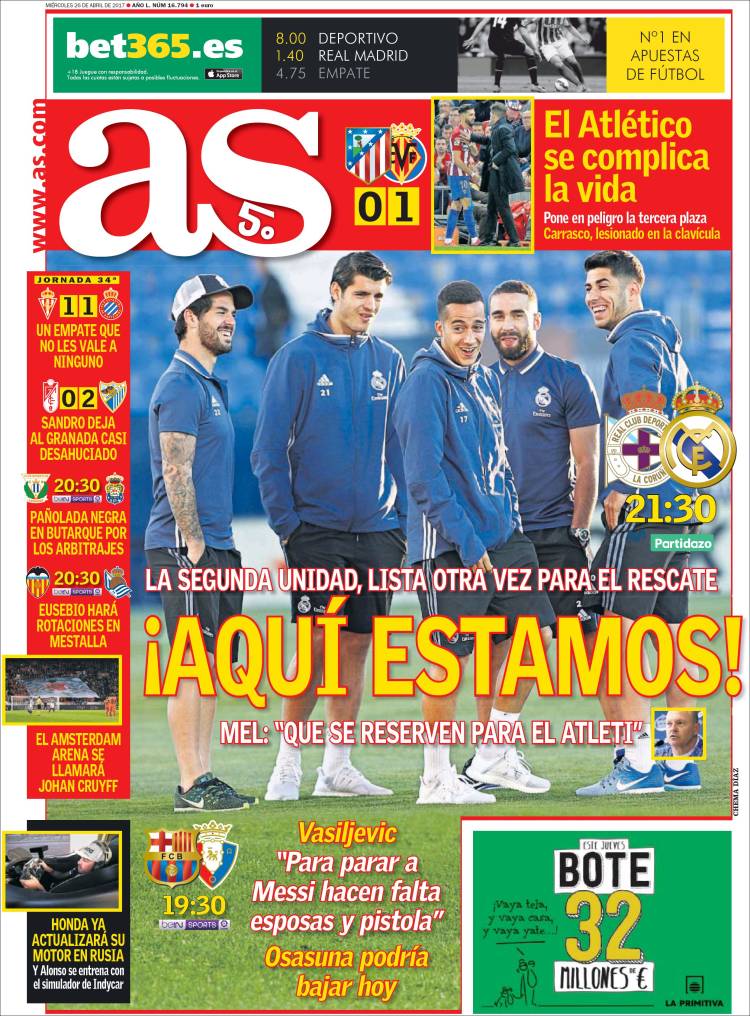 Real Madrid's second unit called up to the rescue against Deportivo

Mel: They will rest players for Atletico

Vasiljevic: To stop Messi you need chains and a pistol

A draw ok for neither - Sporting 1-1 Espanyol

Waving of handkerchiefs in Butarque for officials

La Real will rotate in the Mestalla

Amsterdam Arena to be named after Cruyff 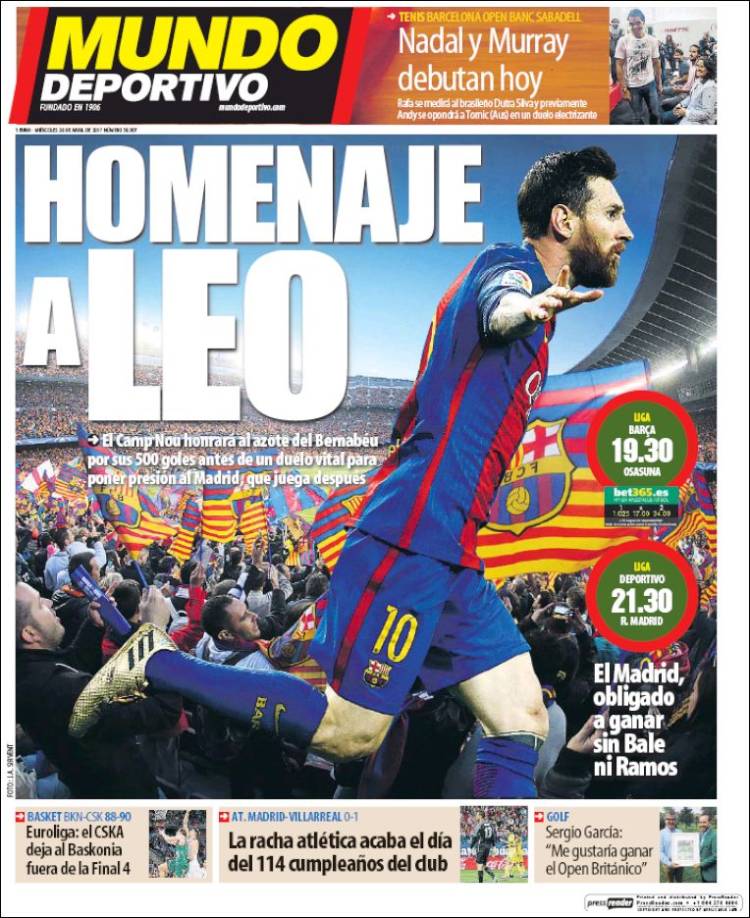 Madrid must win without Bale and Ramos

Atleti's streak ends a day before their 114th birthday