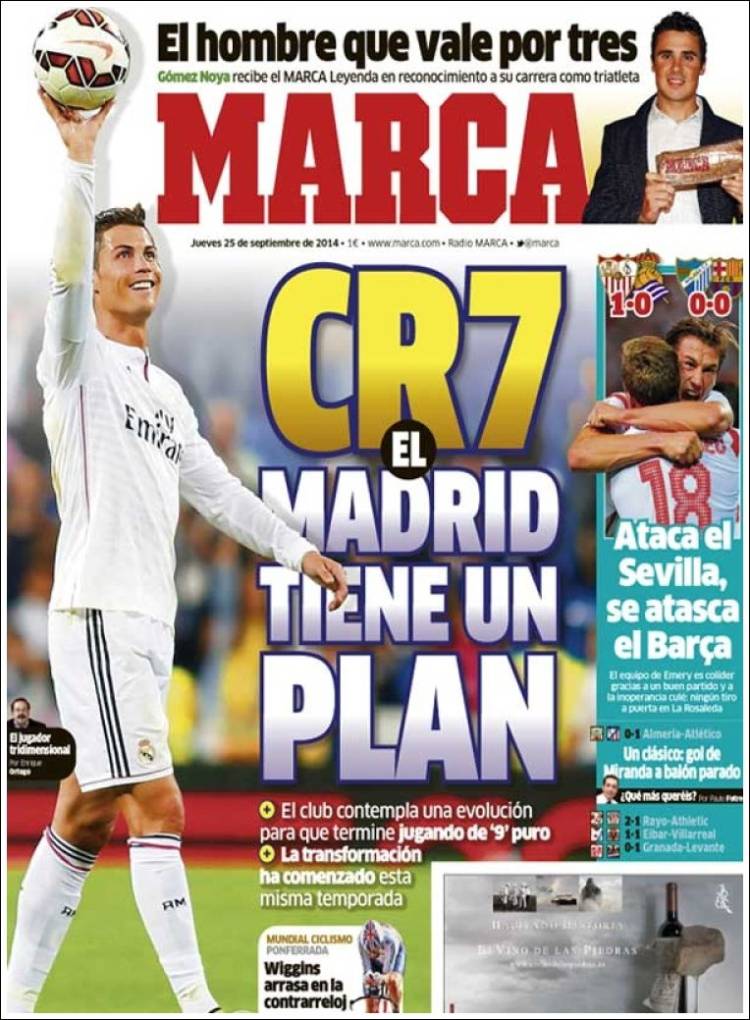 CR7: Madrid have a plan

The transformation has already started this season

Sevilla attack: they get stuck into Barca

Emery’s team are co-leaders thanks to a good match and the Cules’ ineffectiveness: no shots on goal at La Rosaleda

A classic: Miranda goal from a set-piece 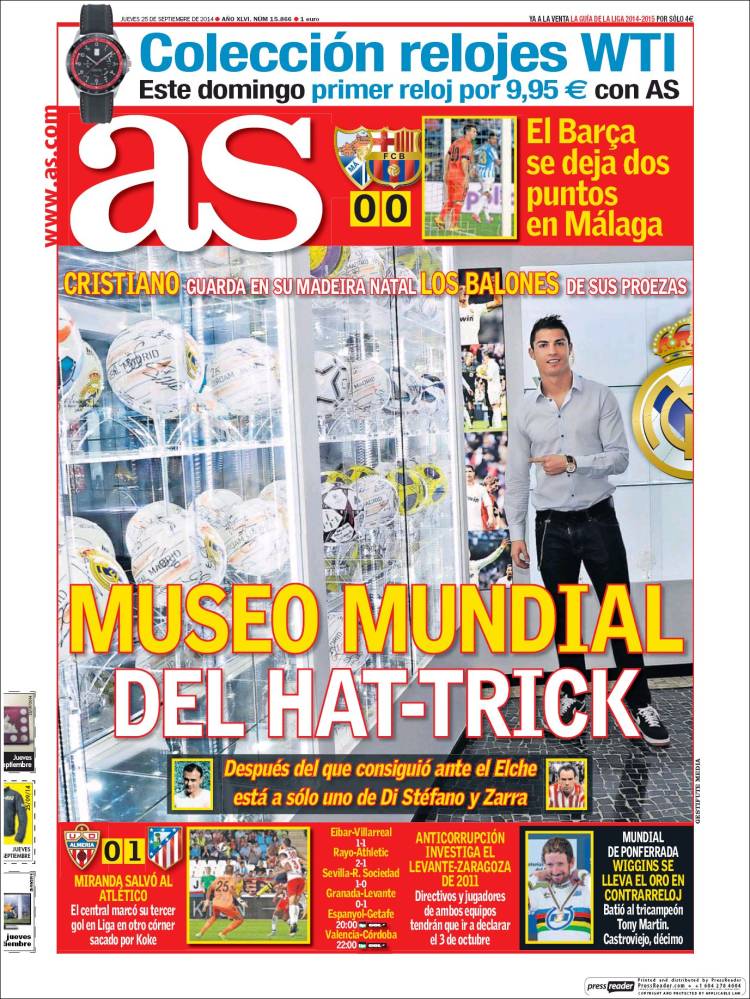 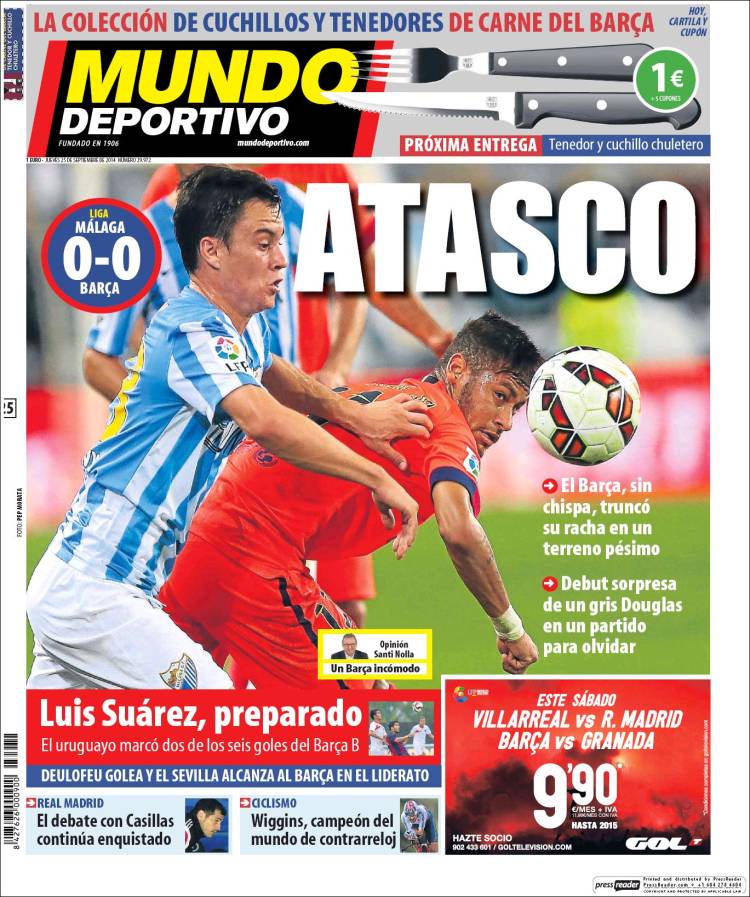 Barca, without spark, ruin their good run on a dreadful pitch

Surprise debut from a dull Douglas in a game to forget

Deulofeu scores and Sevilla join Barca at the top

The Casillas debate continues within