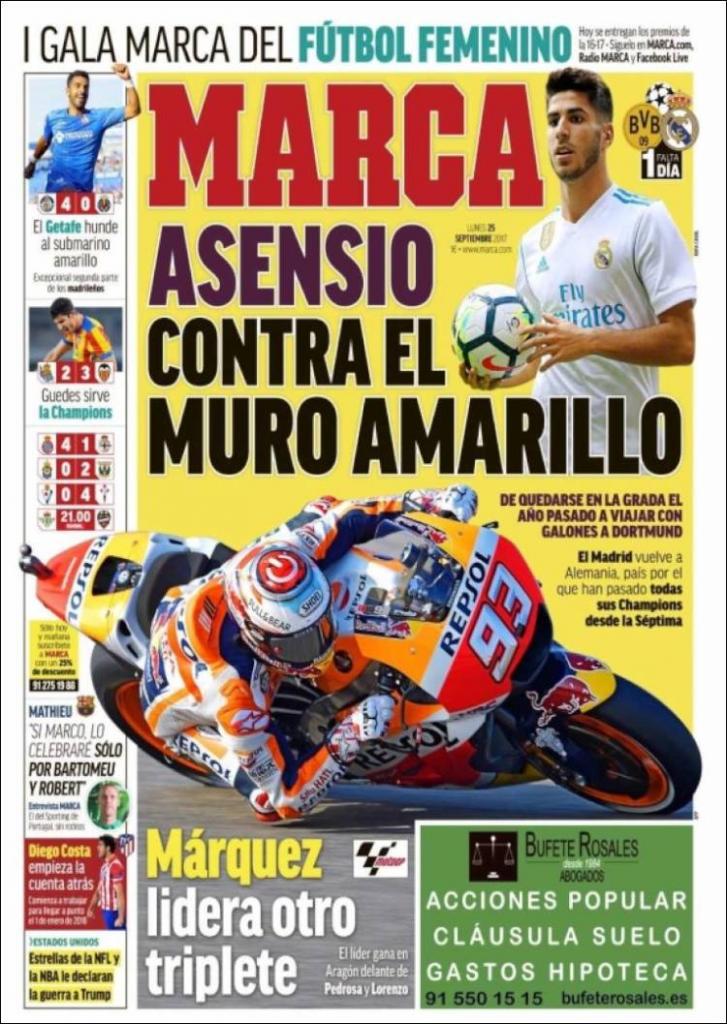 Asensio against the yellow wall

Madrid return to Germany, where they've played during all CL winning runs since the 7th trophy

Guedes serves up the Champions League

Mathieu: If I score, I'll celebrate it but only for Bartomeu and Robert 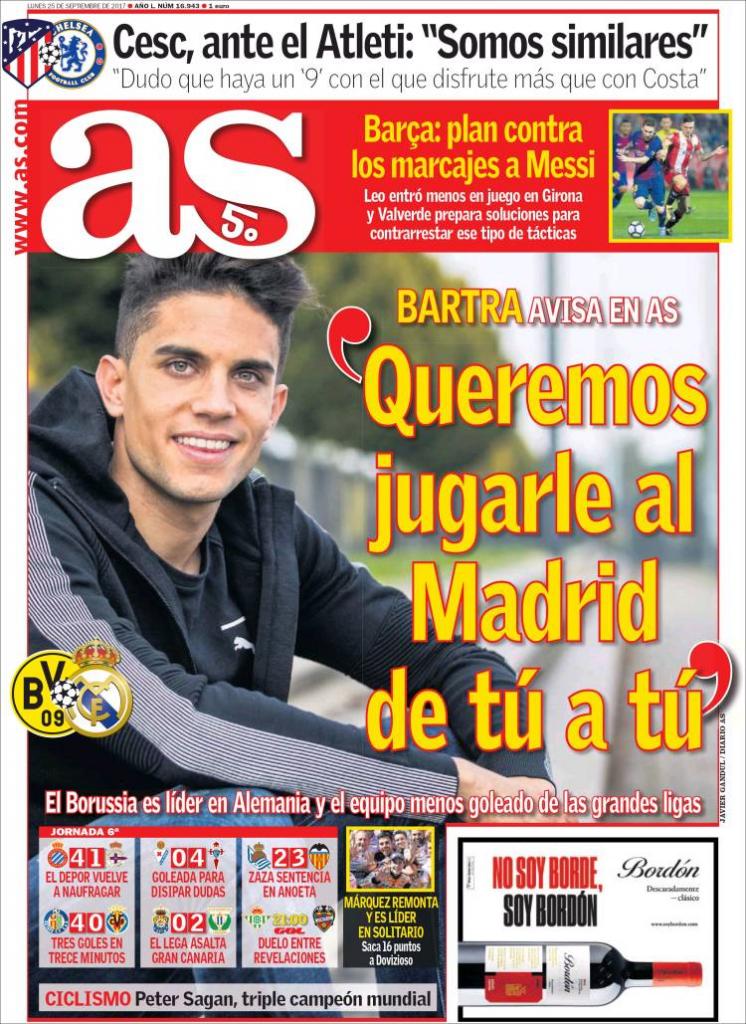 "We want to play man-to-man against Madrid"

Barca: Plan against the marking of Messi

Cesc, before Atleti game: We are similar - 'I doubt there is a '9' with more enjoyment than Costa' 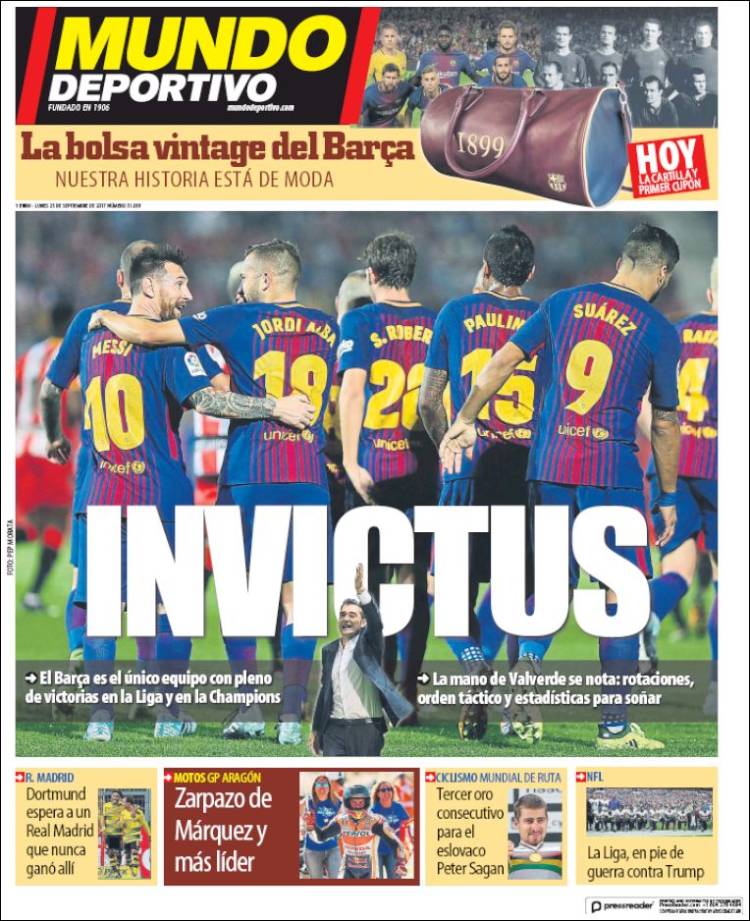 The hand of Valverde in tactical rotations and statistics