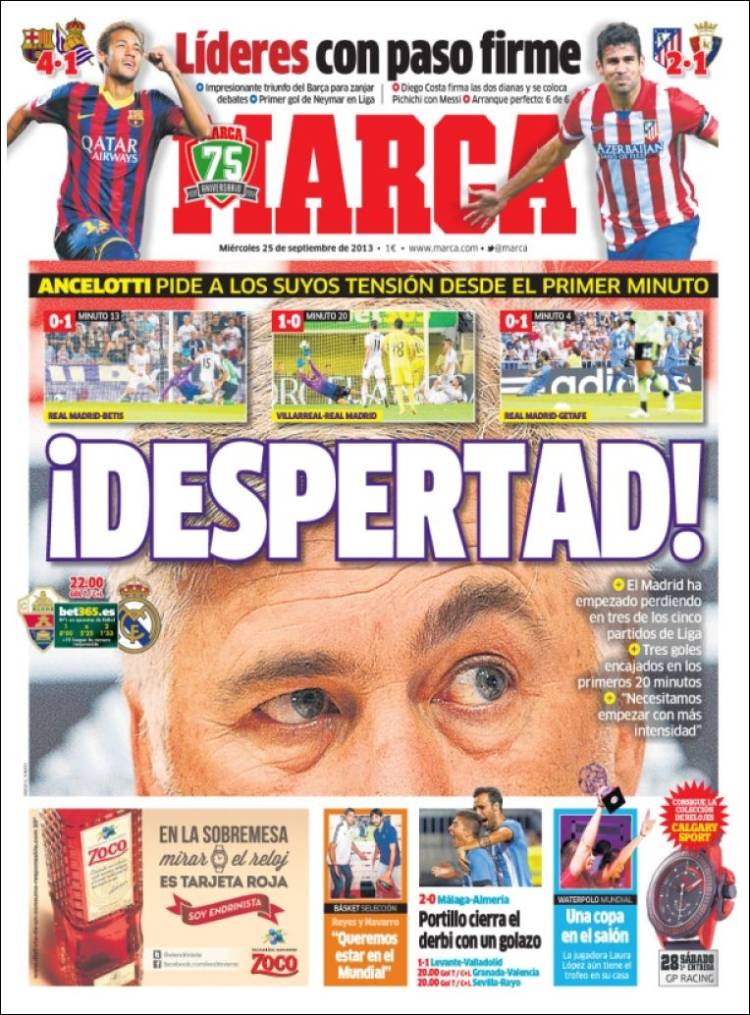 Ancelotti asks his players to be ready from the first minute

Three goals have been conceded in the first 20 minutes

"We need to start with more intensity," Ancelotti

An impressive triumph for Barca that will quieten the debate

A perfect start for Atleti: 6 wins from 6

Portillo decides the derby with a golazo

Waterpolo: A medal for the trophy room 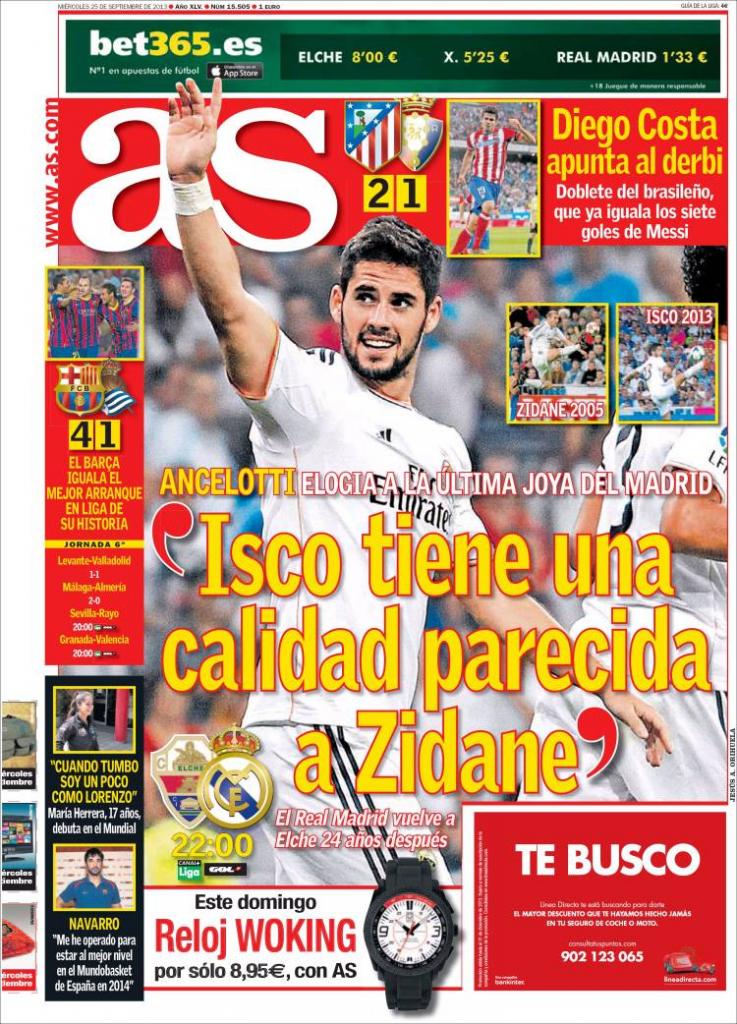 "Isco has the quality comparable to Zidane"

Real Madrid returns to Elche 24 years after their last visit

Diego Costa ready for the derby

A double from the Brazilian and he now has seven, the same as Messi

Barca equal their best ever start to La Liga

"I am a bit like Lorenzo when I get knocked down," Maria Herrera, 17, debuts

Navarro: "I have aimed to be at the best level for the world cup next year" 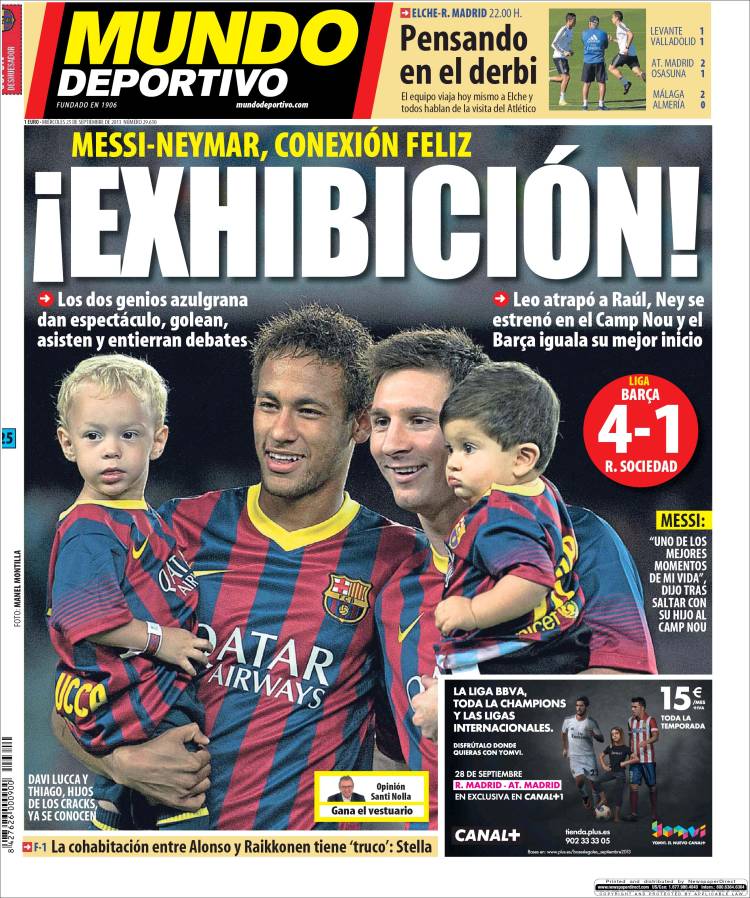 The two geniuses give a spectacle, score, assist and close out the debates

Leo closes in on Raul, Ney stars at the Camp Nou and Barca equal their best ever start to a La Liga season

Messi: "One of the best moments in my life", he said after showing off his son at the Camp Nou

Davi Lucca and Thiago, the two sons of the stars

Real Madrid: Thinking of the derby