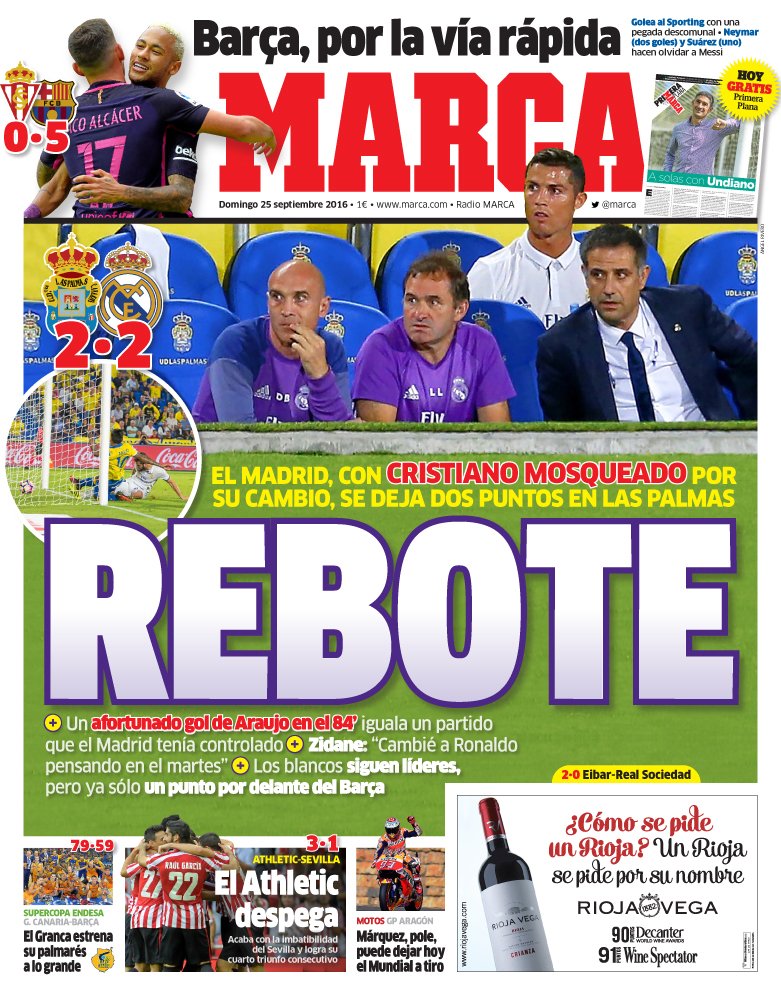 Madrid, with Cristano annoyed by his change, leave two points at Las Palmas

Barca, in the fast lane

Sporting thrashed by a huge punch 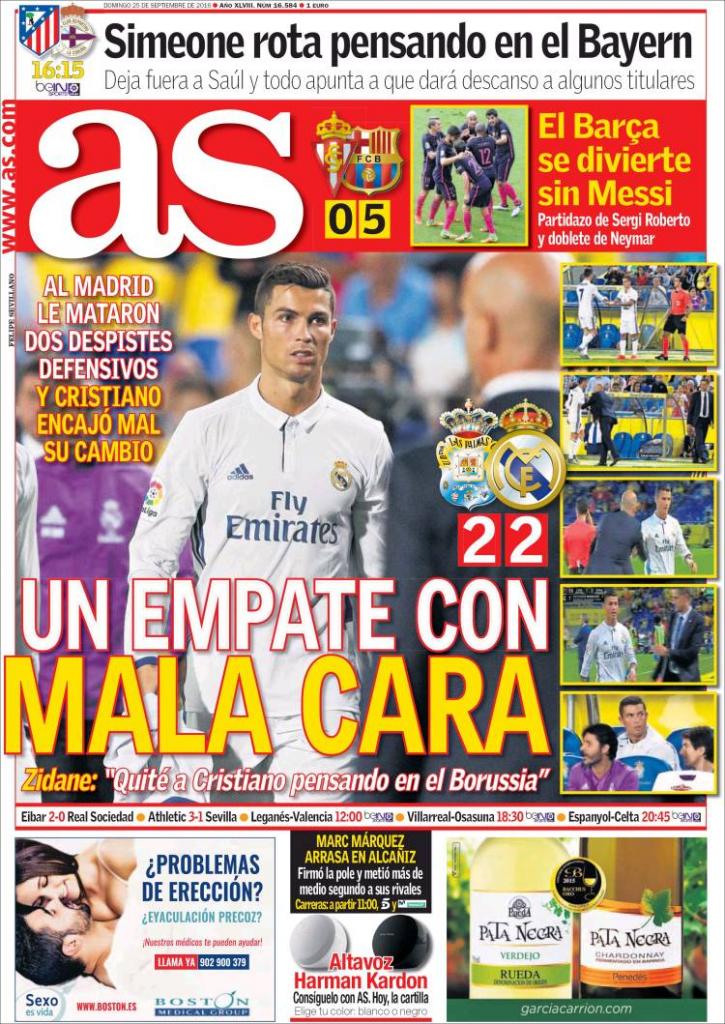 A draw with a stink eye

Zidane: “I took off Cristiano thinking about Borussia”

Barca have fun without Messi

Great game from Sergi Roberto and brace from Neymar 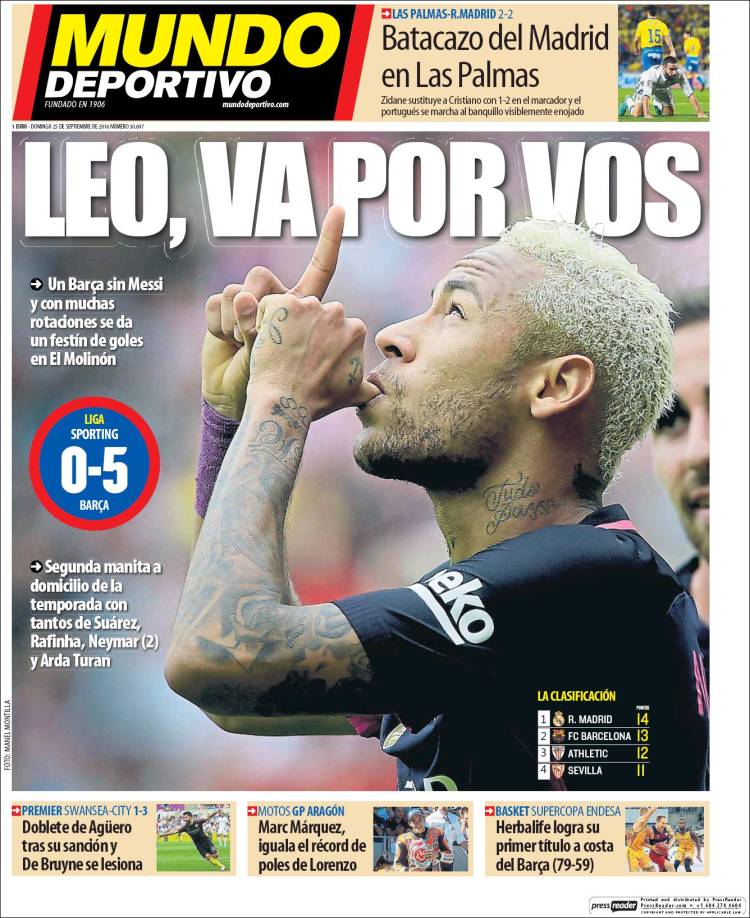 Leo, we did it for you

The second Manita of the season at home, with goals from Suarez, Rafinha, Neymar (two) and Arda Turan

Aguero brace after a ban and De Bruyne gets injured