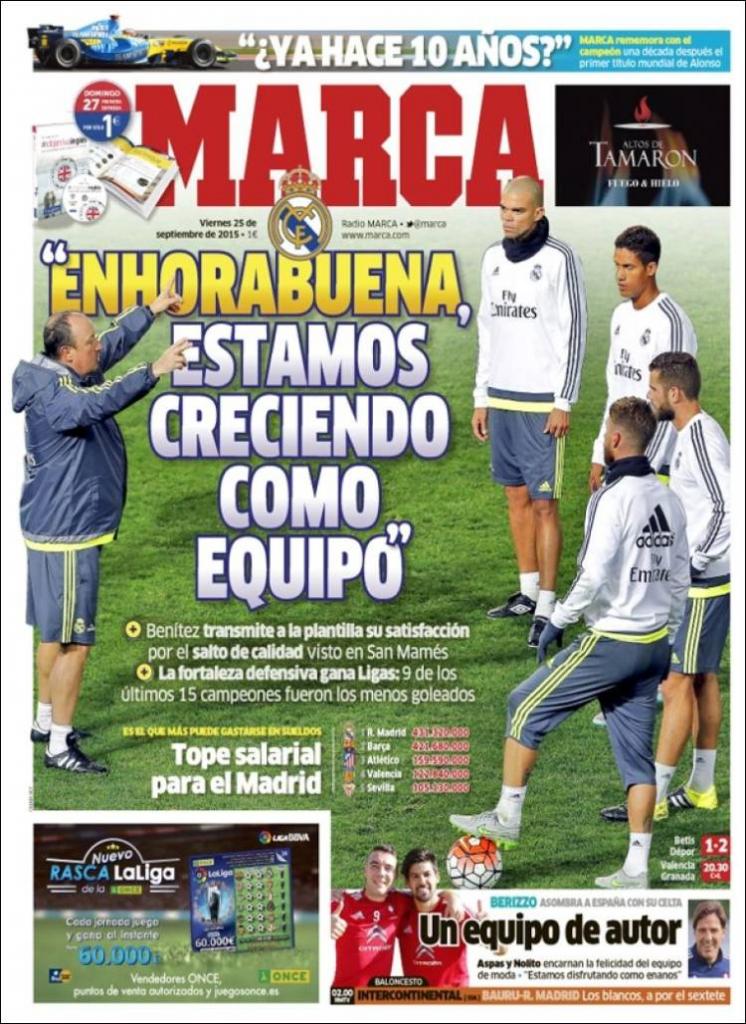 “Congratulations, we’re growing as a team”

They are the team who pay out the most in salaries

A team of talismen 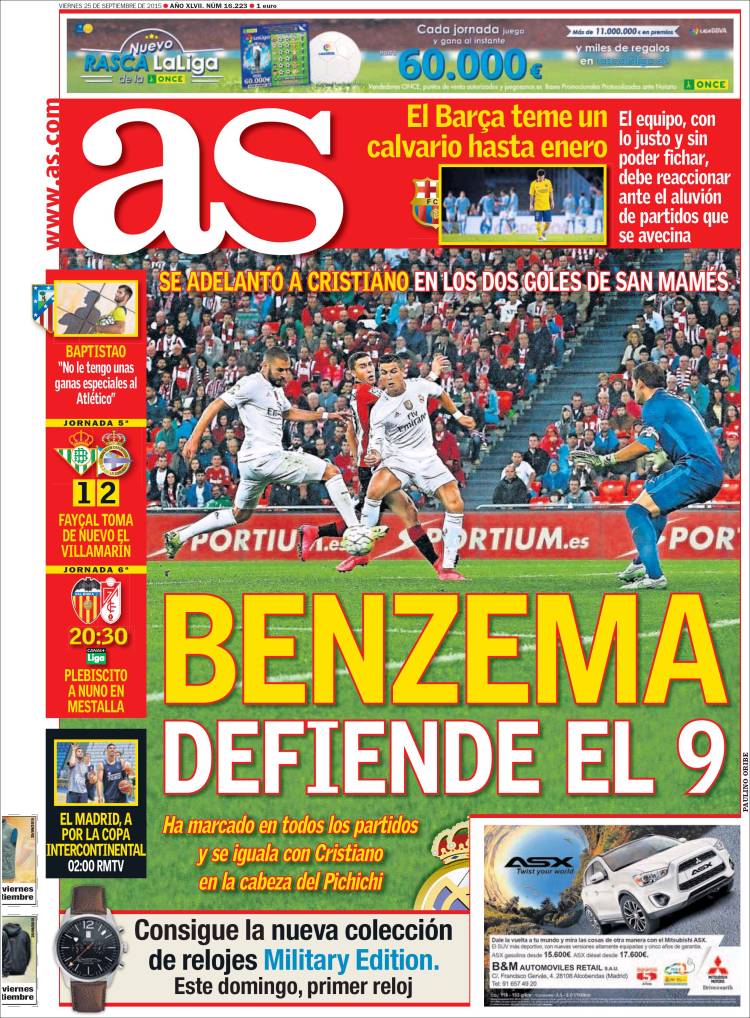 He was ahead of Ronaldo for both goals at San Mames

Barca fear an ordeal until January

The team, without the ability to make signings, must react to the barrage of matches looming

Baptistao: “I do not have a special desire to beat Atletico” 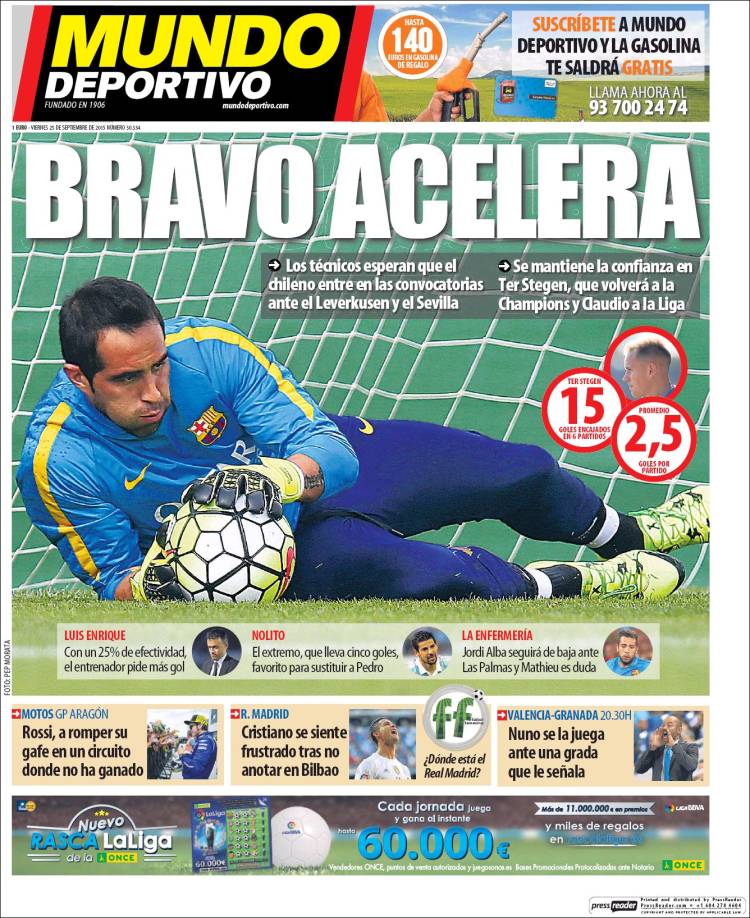 Confidence is maintained in Ter Stegen, who will return for the Champions League while Claudio starts in the League

An average of 2.5 goals conceded per game

Nolito, who has five goals, remains the favourite to replace Pedro

On the treatment table, Jordi Alba remains absent for Las Palmas, while Mathieu is doubtful

Real Madrid, Ronaldo is frustrated after failing to score in Bilbao

Valencia-Granada, Nuno a step away from the sack