He only needs the Copa

The next challenge of Zidane

The other trident works 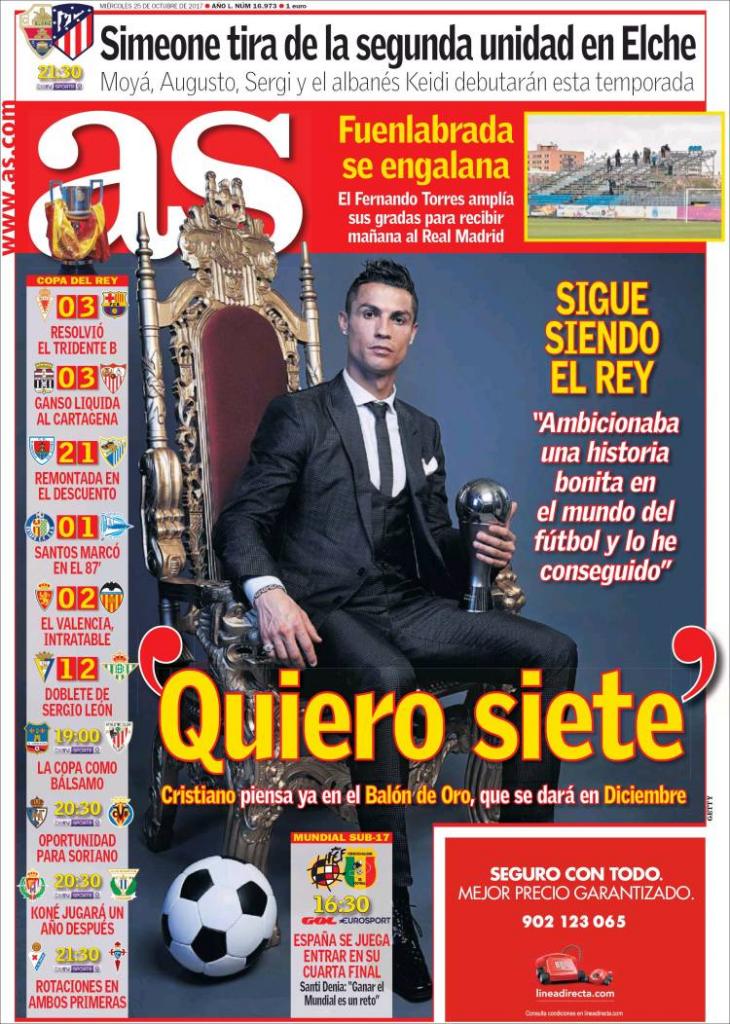 Simeone to play the second team against Elche - Moya, Augusto, Sergi, Kiedi to all debut 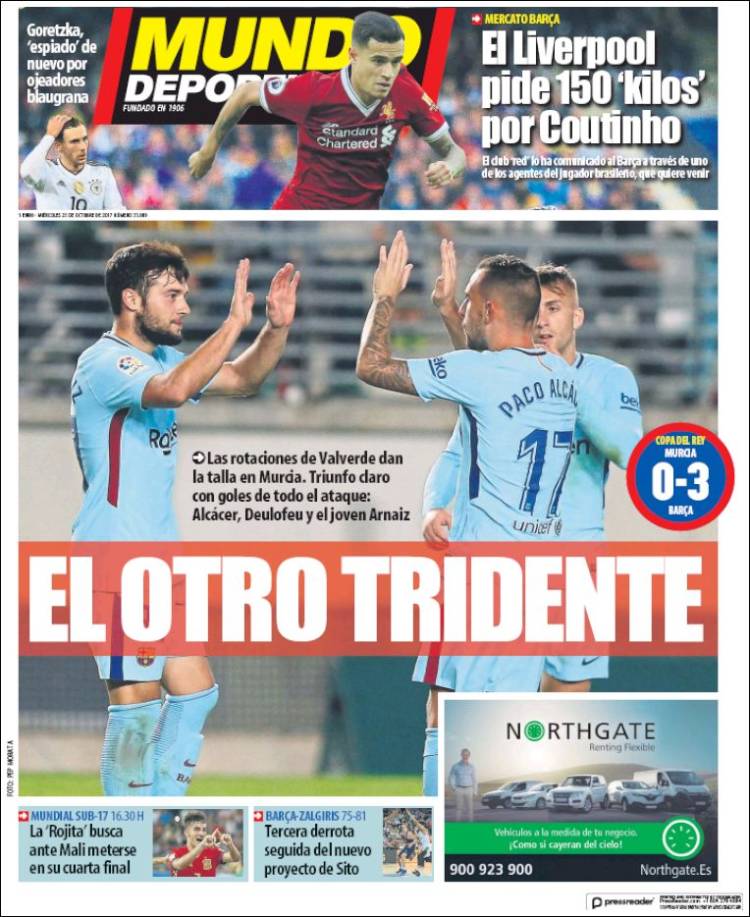 Liverpool ask for 150m for Coutinho