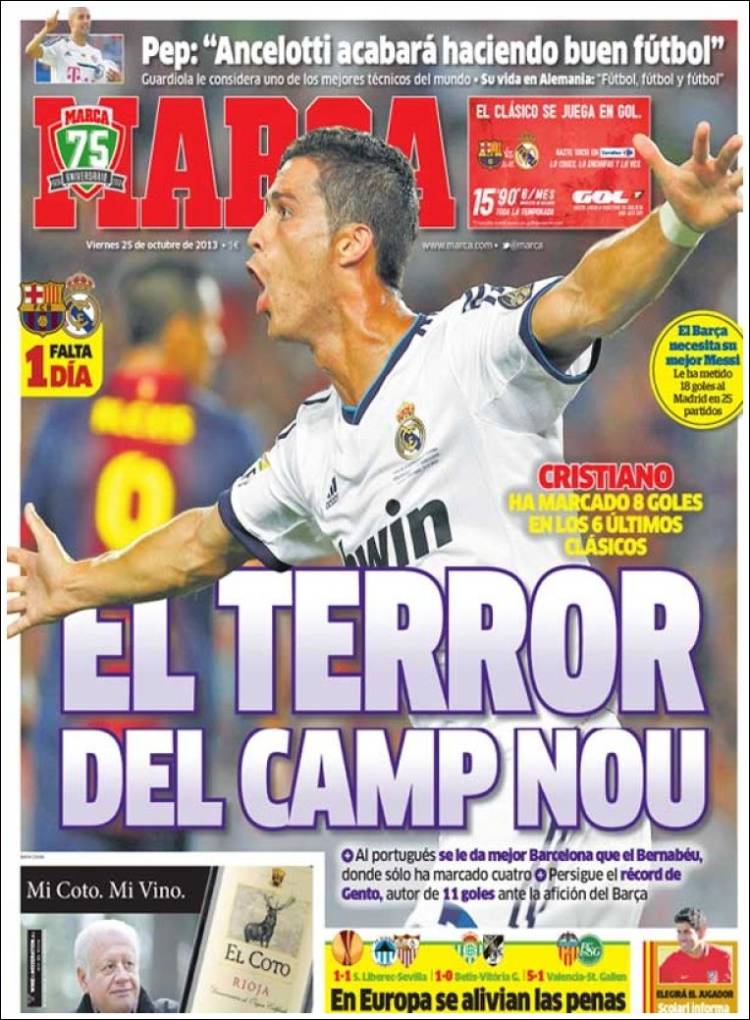 The terror of Camp Nou

CR7 is going for Gento's record, who scored 11 goals against Barca

Cristiano has scored 8 goals in the last 6 Clasicos

Barca need Messi at his best

He has scored 18 goals against Madrid in 25 games

Guardiola considers him to be one of the best 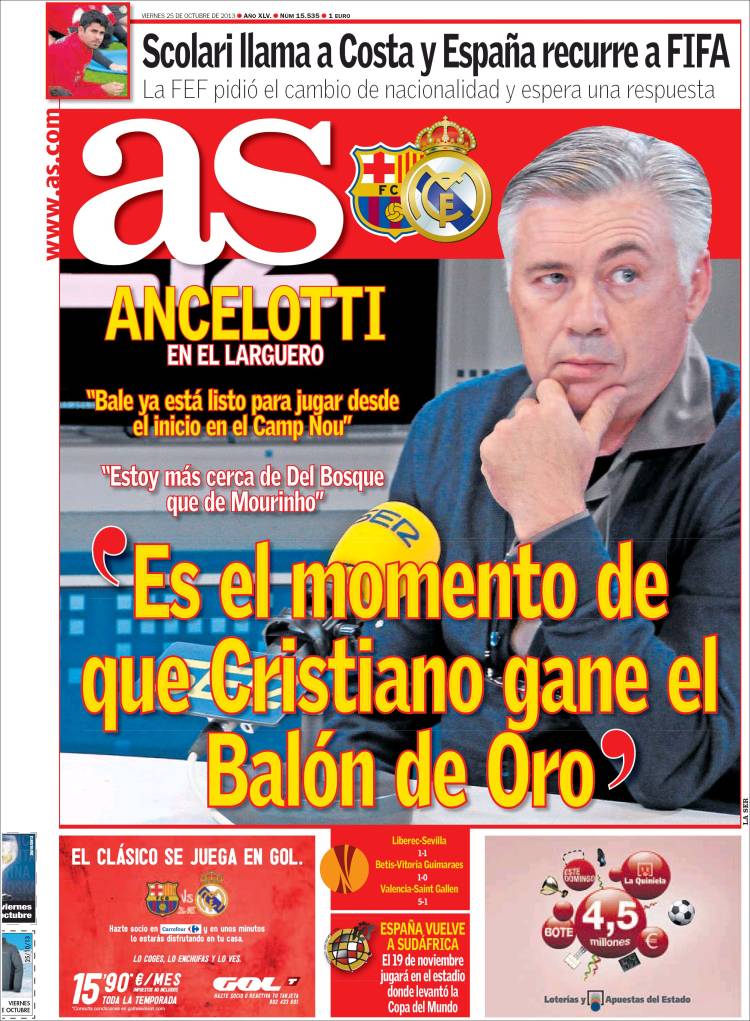 Ancelotti: "Bale is ready to play from the start at the Camp Nou"

"At this moment, Cristiano deserves the Balon d'or"

Scolari calls up Costa and Spain go back to FIFA 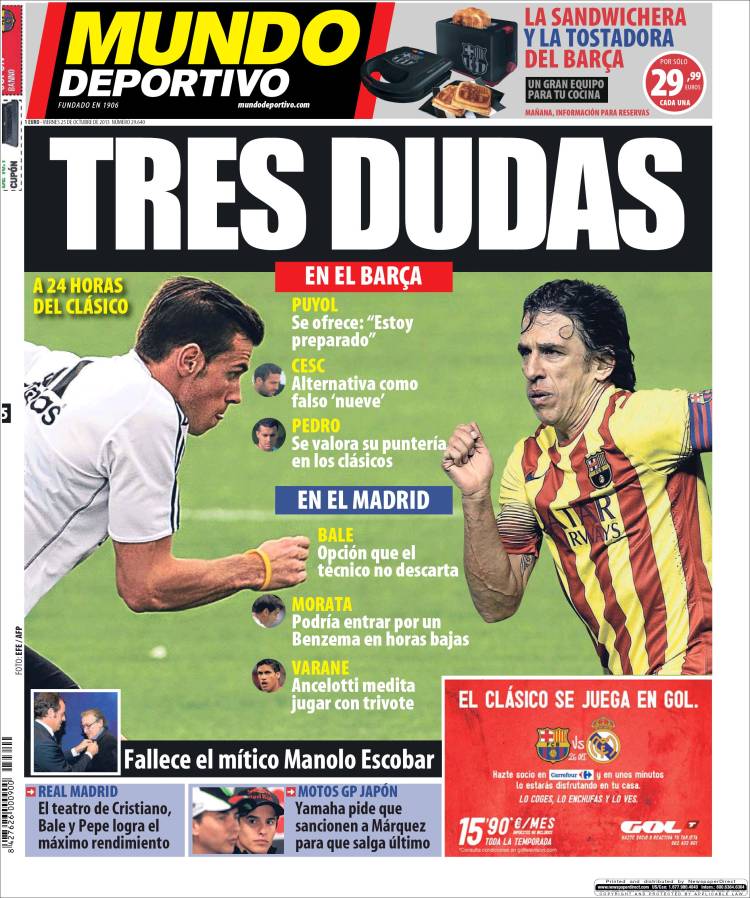 Cesc could play as the alternative false 9

Pedro always brings out his best in Clasicos

Bale, an option for Carlo

Morata could start for Benzema

Varane, Ancelotti considers him for another position

Real Madrid: The theatre of Cristiano, Bale and Pepe