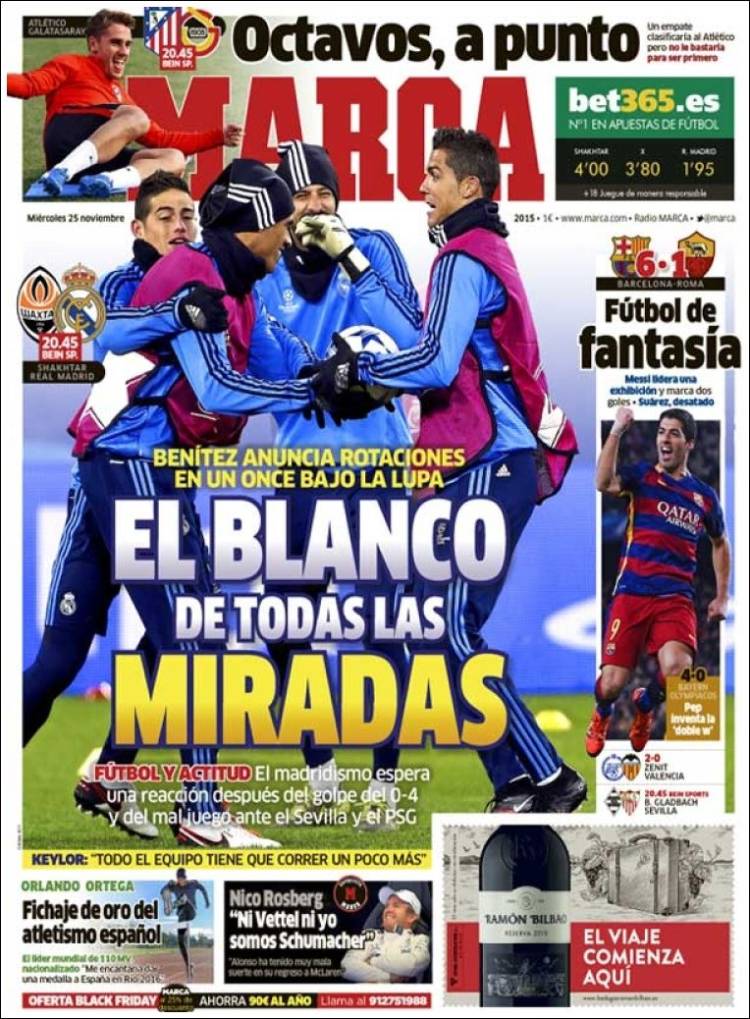 Benitez announces rotations to an XI under a magnifying glass

All eyes on the target

Keylor: “The whole team has to run a little more” 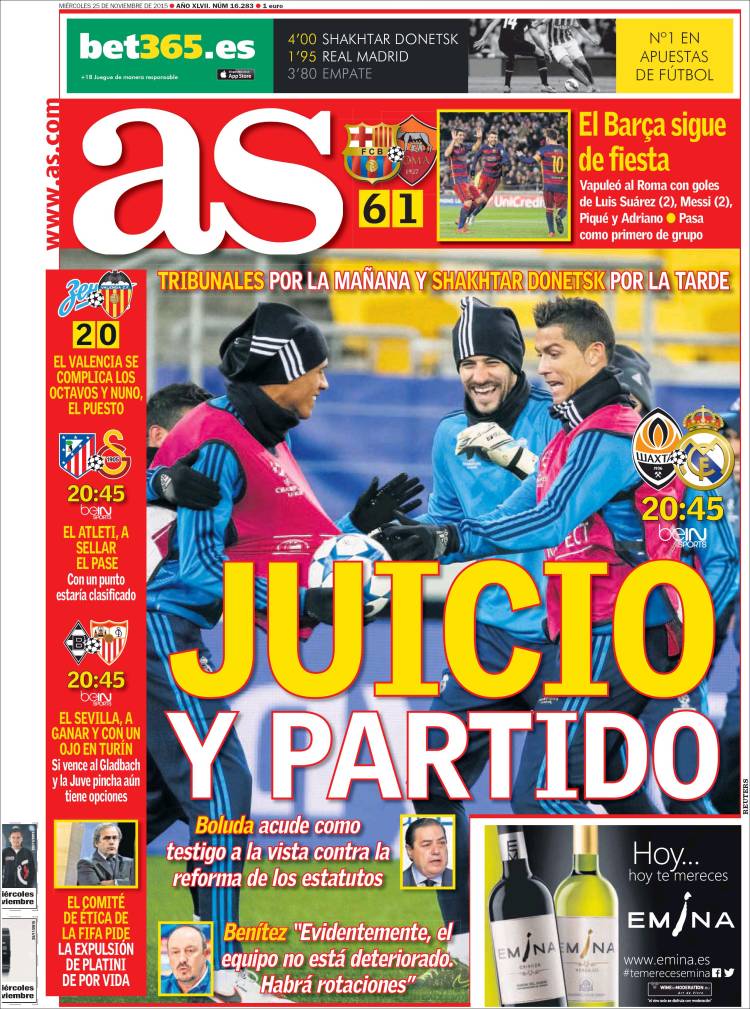 Court in the morning and Shakhtar Donetsk in the afternoon

“Obviously, this team hasn’t deteriorated. There will be rotations.”

Progressed as first in the group

Valencia complicate the next round and Nuno, his position

Need a point to go through

Sevilla, to win with an eye on Turin

If they beat Gladbach and Juve flop, they have options

The FIFA Ethics Committee call for

The expulsion of Platini for life 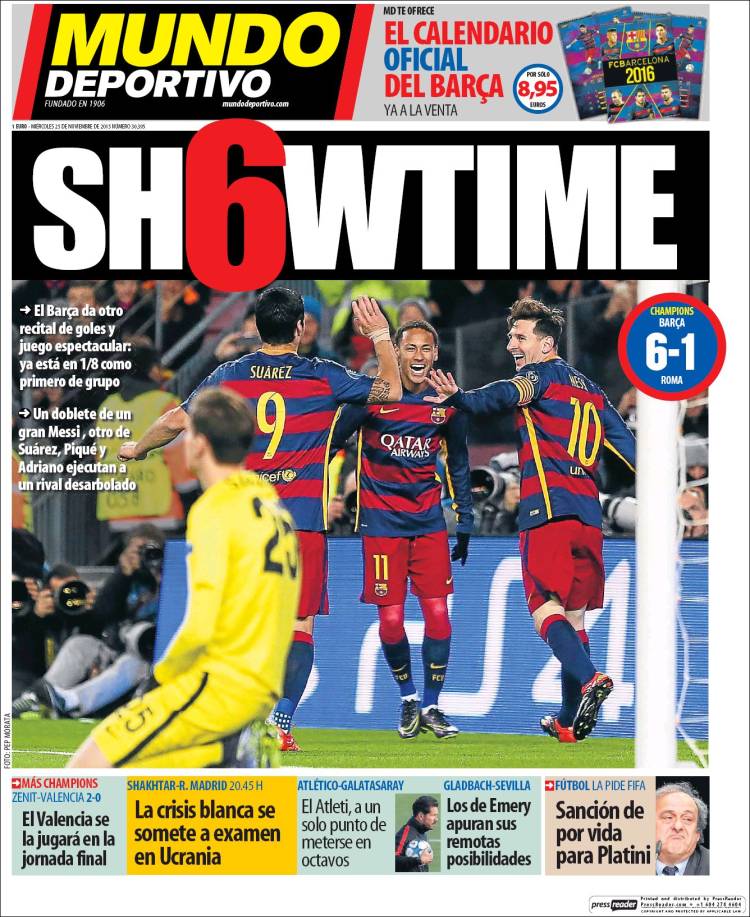 Barca give another recital of goals and spectacular play: they’re in the next round first in the group

A double for a great Messi, another for Suarez, Pique and Adriano run the opponent ragged

Valencia will play for it on the final day

The Blanco crisis subject to a review in Ukraine

Atleti, only a point from the next round

Ban for life for Platini