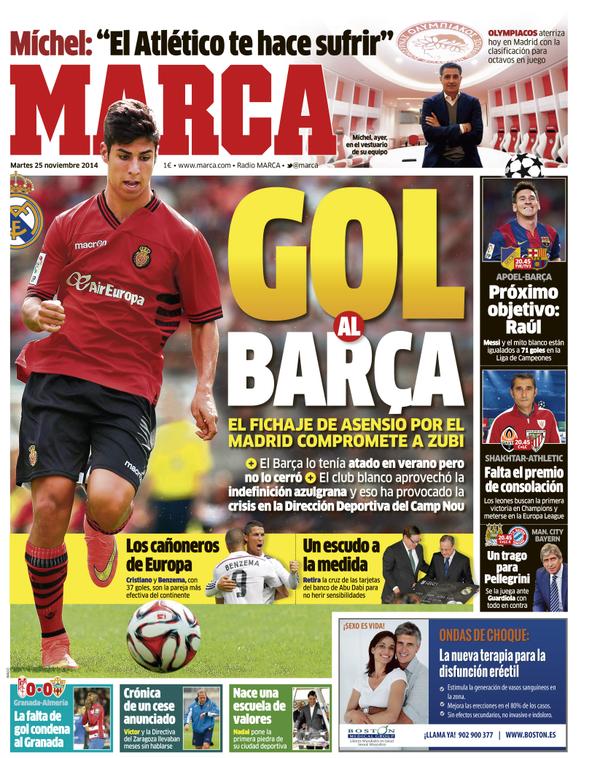 Next aim: Raul. Messi and the mighty Madrid player are equal on 71 goals in the Champions League

Consolation prize lacking: Los Leones look for their first Champions League victory to get them into the Europa League

Rough time for Pellegrini: he plays against Guardiola with everything against him

The European strikers. Cristiano and Benzema, with 37 goals, are the most effective pairing on the continent

A made-to-measure badge. He takes out the cross from the Abu Dhabi bank cards so as not to offend them

Criticism of a dismissal announced. Victor and the Zaragoza directors went months without speaking 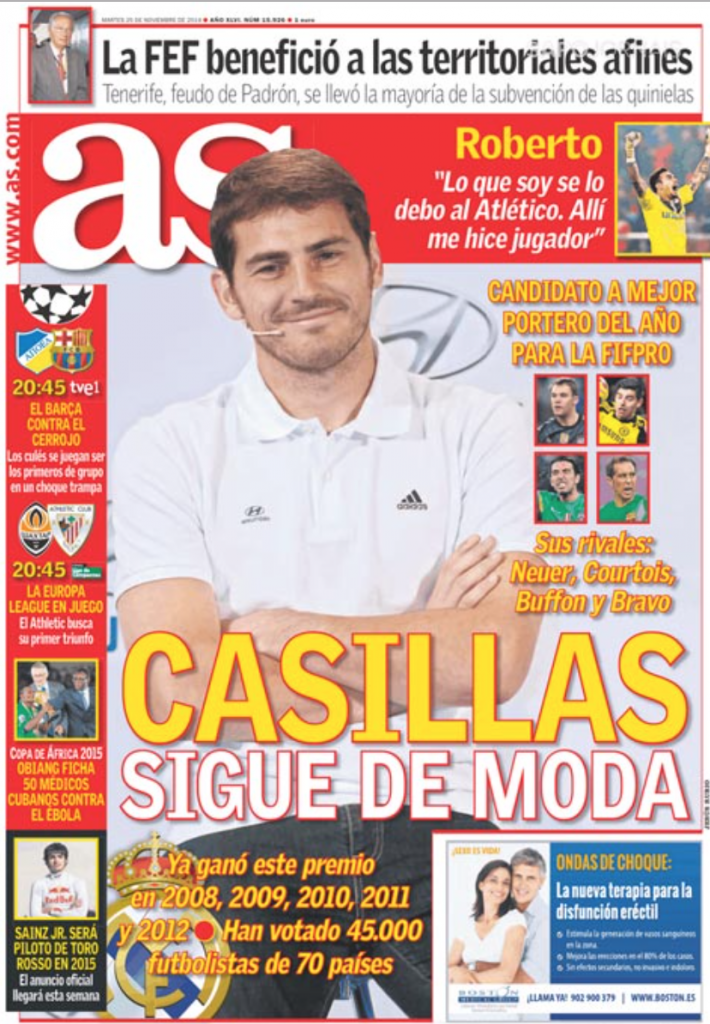 FIFPro candidate for Goalkeeper of the Year

Roberto: “What I am I owe to Atletico Madrid. They made me into a player there”

The FEF benefited the related territories

Tenerife feud. They took the majority of pools company subsidies

Barca against the defence

The Europa League to play for. Athletic look for their first win

African Nations Cup 2015. Obiang signs up 50 Cuban doctors for the fight against Ebola 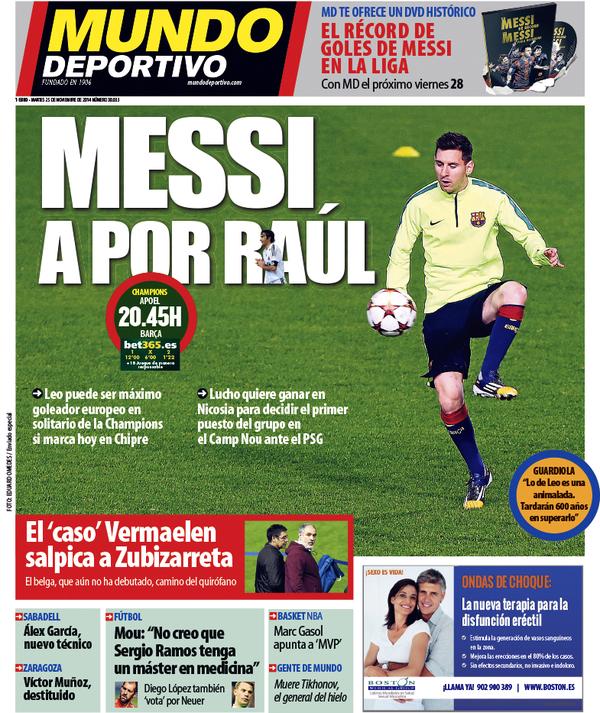 The Belgian, who has still not made his debut, is on the road to the operating theatre

Mou: “I don’t think Ramos has a degree in medicine”

Guardiola: “What Leo did is an outrage. It will take 600 years to surpass”