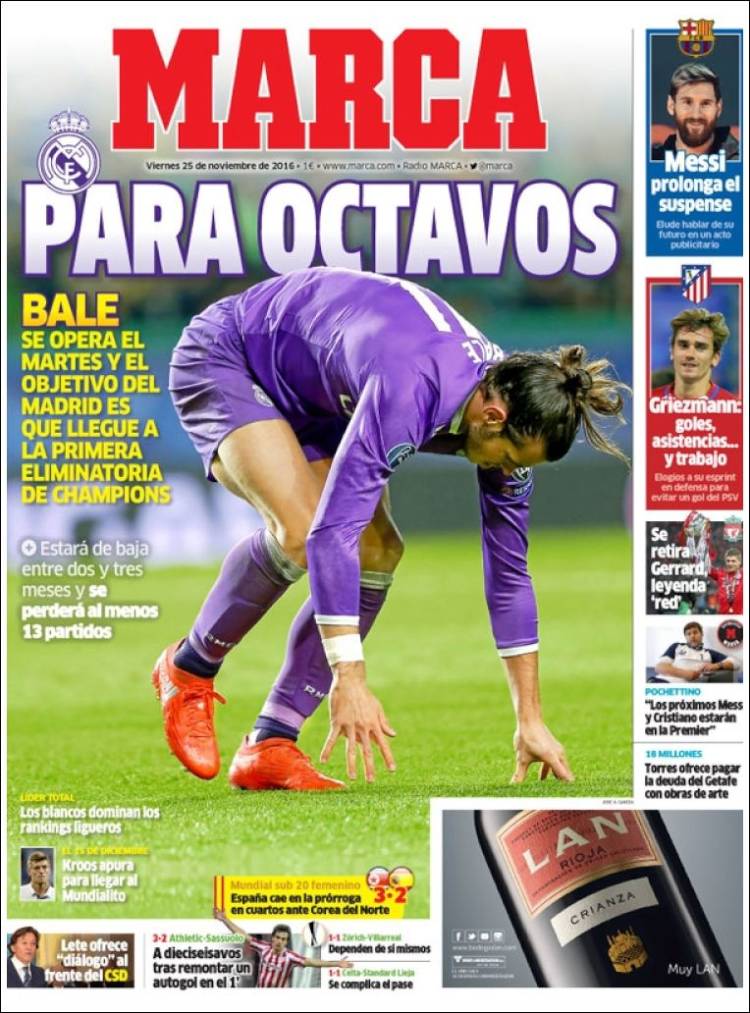 Bale to have ankle surgery on Tuesday, Real Madrid's target is to have him ready for the next round of the Champions League

Messi prolongs the suspense - won't talk about his future in public

The retirement of Gerrard, a 'Red' legend 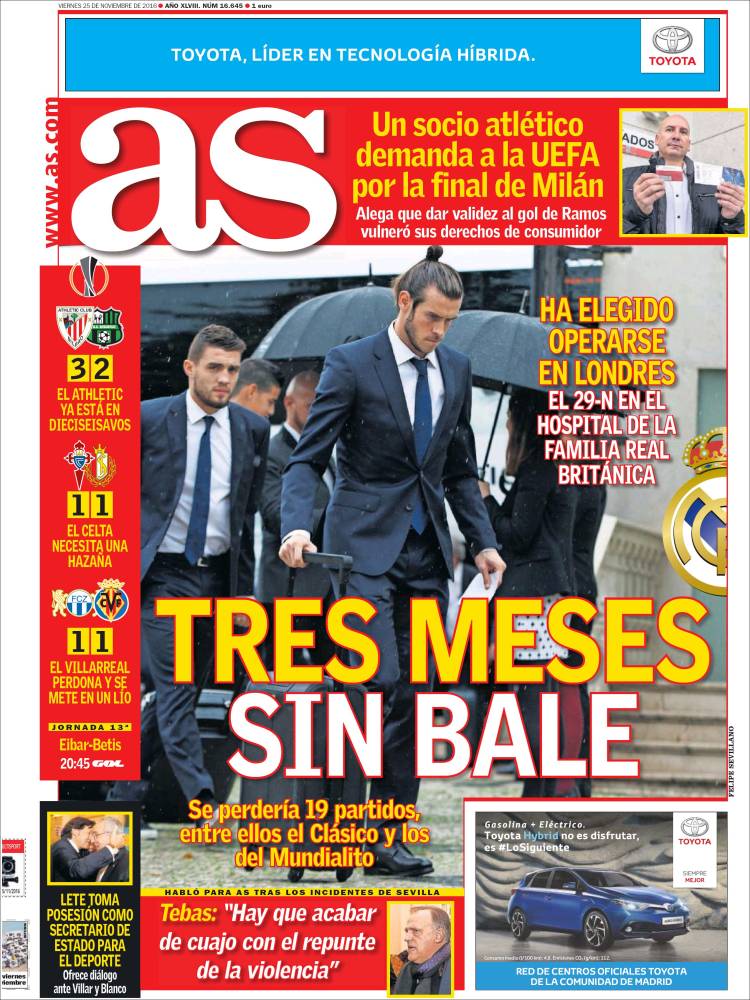 Tebas: We must end the reputation of violence

Lete is the new Secretary of State for Sport 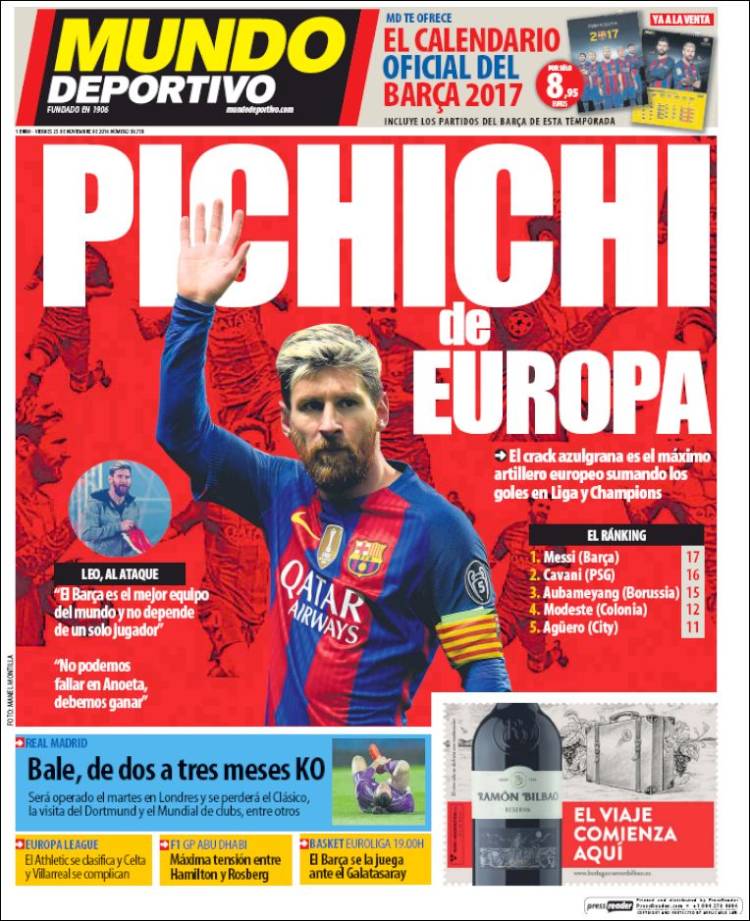 Messi: Barca is the best team in the world and does not depend on one player

Messi: We should not lose in Anoeta, we should be winning

Bale, out injured for three months - to be operated on Tuesday, missing El Clasico, Club World Cup and 2-3 months of other games

Europa League - Athletic qualify, it's complicated for Celta and Villarreal