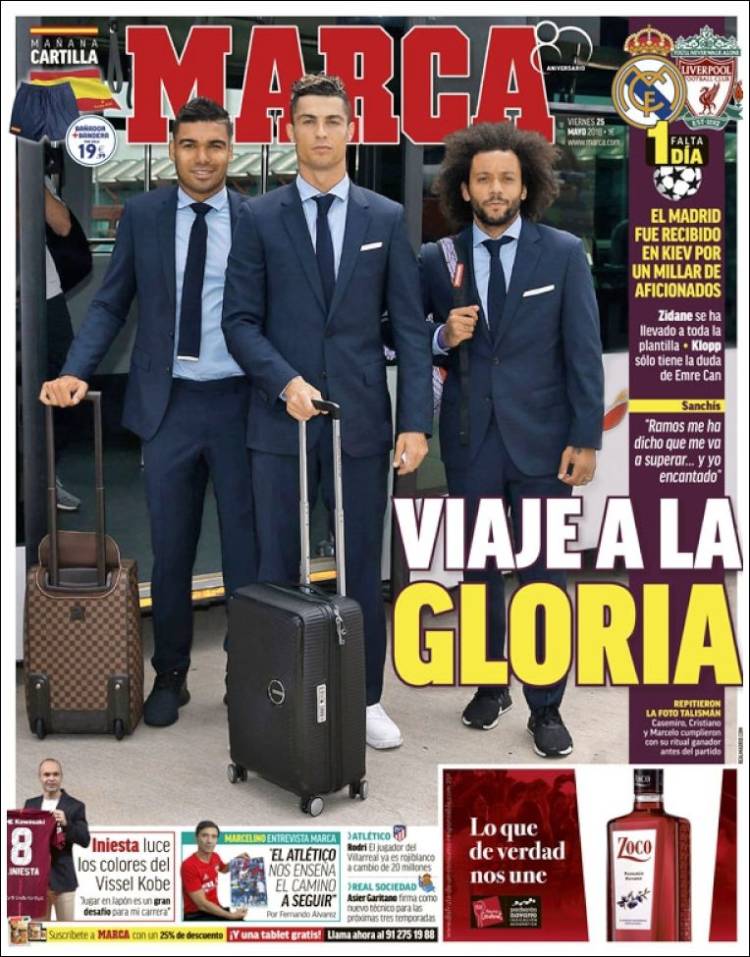 Madrid received in Kyiv by a thousand fans

Zidane has arrived with a full squad, Klopp only has a doubt on Emre Can

Iniesta fights in the colours of Vissel Kobe 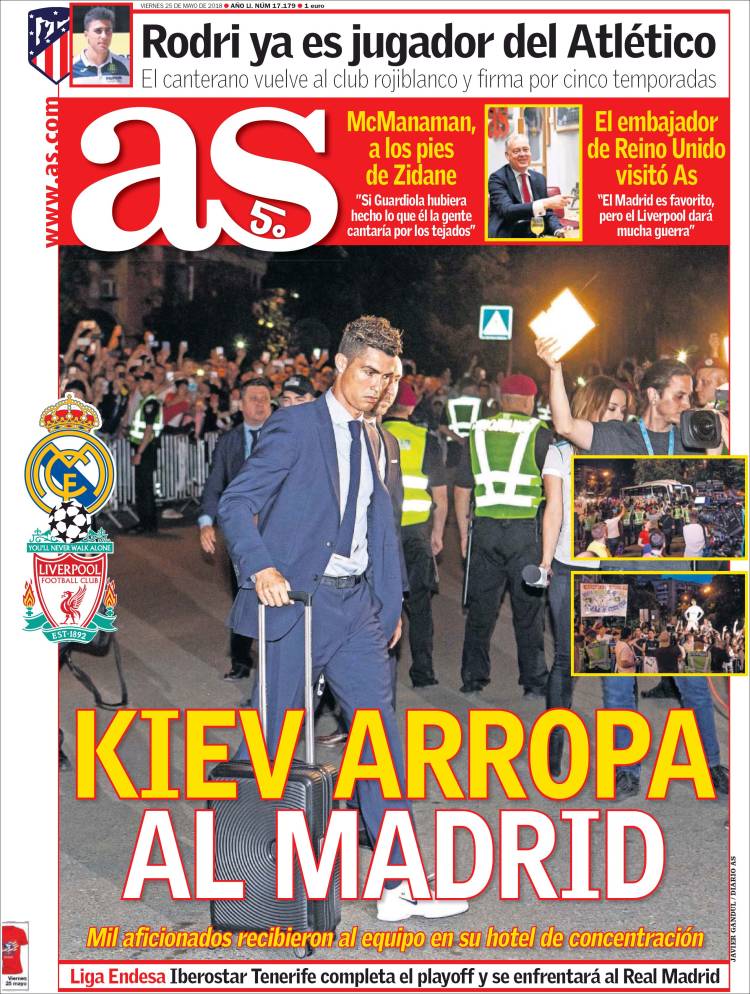 Rodri already is an Atletico player - signed for five seasons

McManaman, at the feet of Zidane

UK ambassador speaks to AS: "Madrid are the favourite, but Liverpool are ready for war" 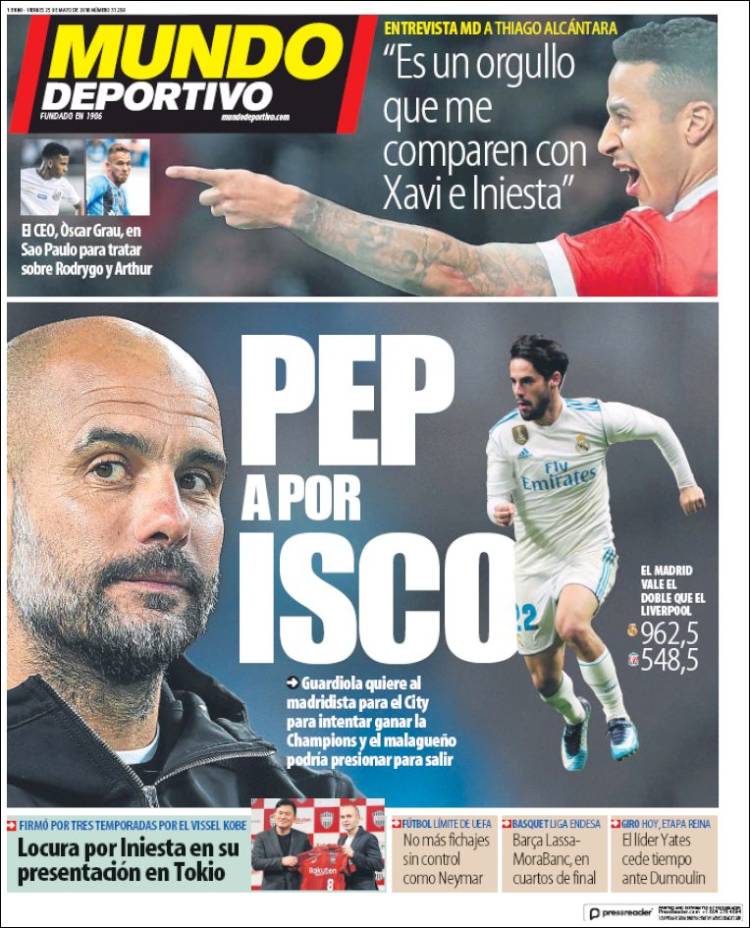 Guardiola wants the Madrid playmaker, would help for a push towards the Champions League

Madrid worth almost double that of Liverpool

CEO Oscar Grau, in Sao Paulo for Rodrygo and Arthur

"It's an honour to be compared to Xavi and Iniesta" - Thiago

Madness in Japan for Iniesta presentation