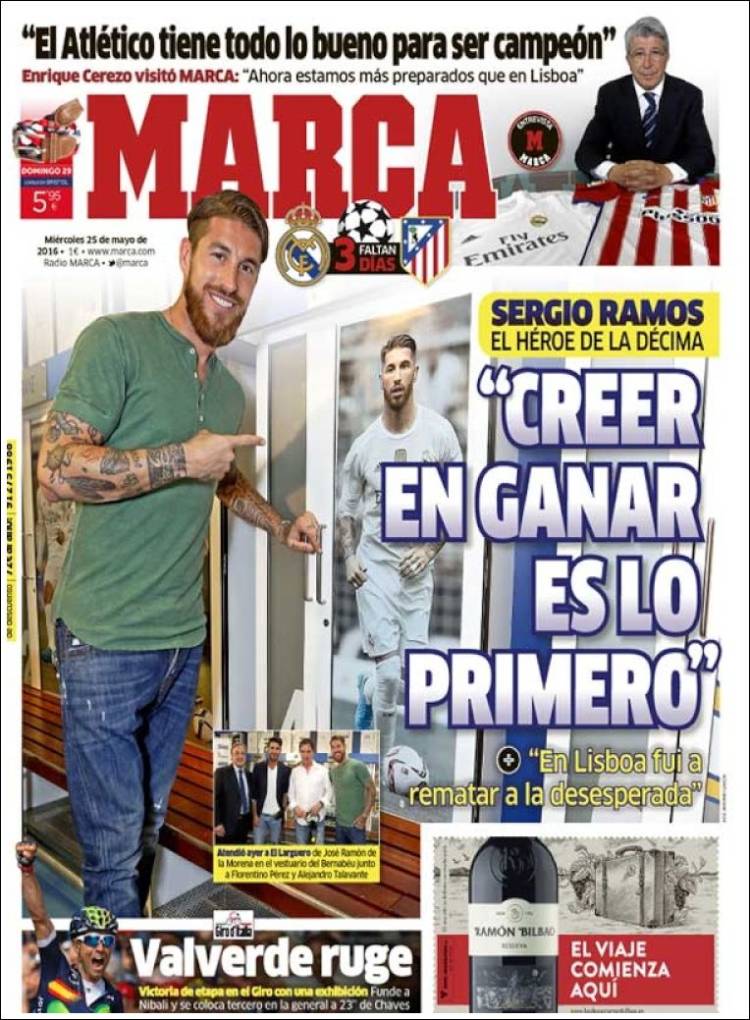 “Atletico have everything to be a good champion”

The hero of La Decima

“To believe in winning is the first thing”

“In Lisbon I was desperate to finish” 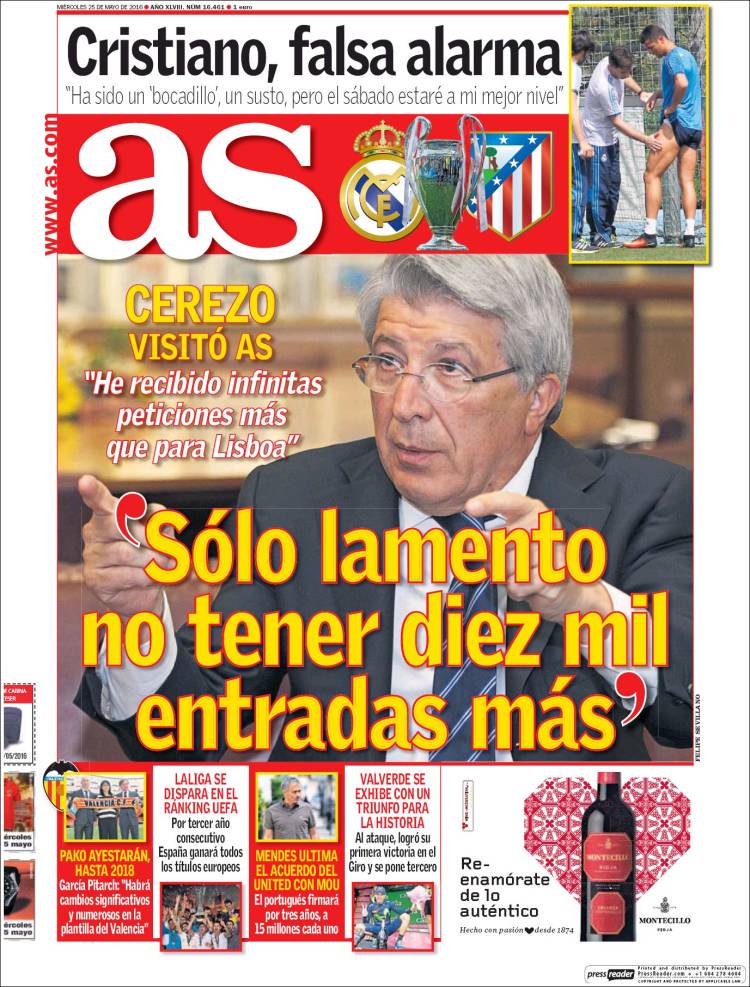 Garcia Pitarch: “There will be numerous and significant changes to the Valencia squad”

For the third consecutive year Spain wins all the European trophies

The Portuguese signs for three years, €15m a year 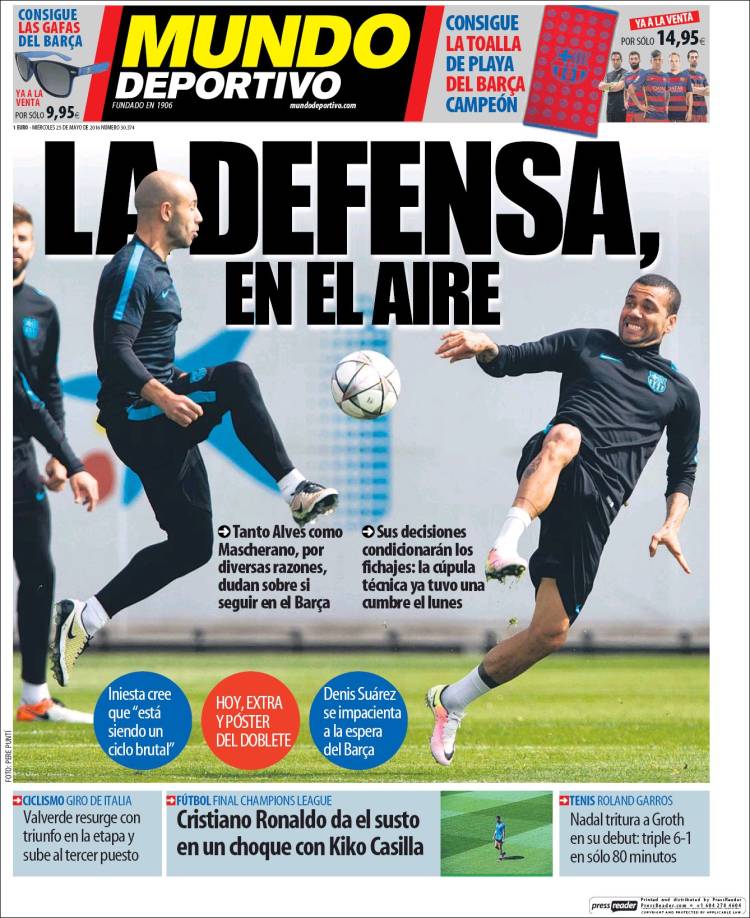 The defence, in the air

Both Alves and Mascherano, for different reasons, doubt about continuing at Barca

Their decisions will shape the signings: the technical leaders already had a summit on Monday

Iniesta believes “this is a brutal cycle”

Cristiano Ronaldo gets a scare in a clash with Kiko Casilla