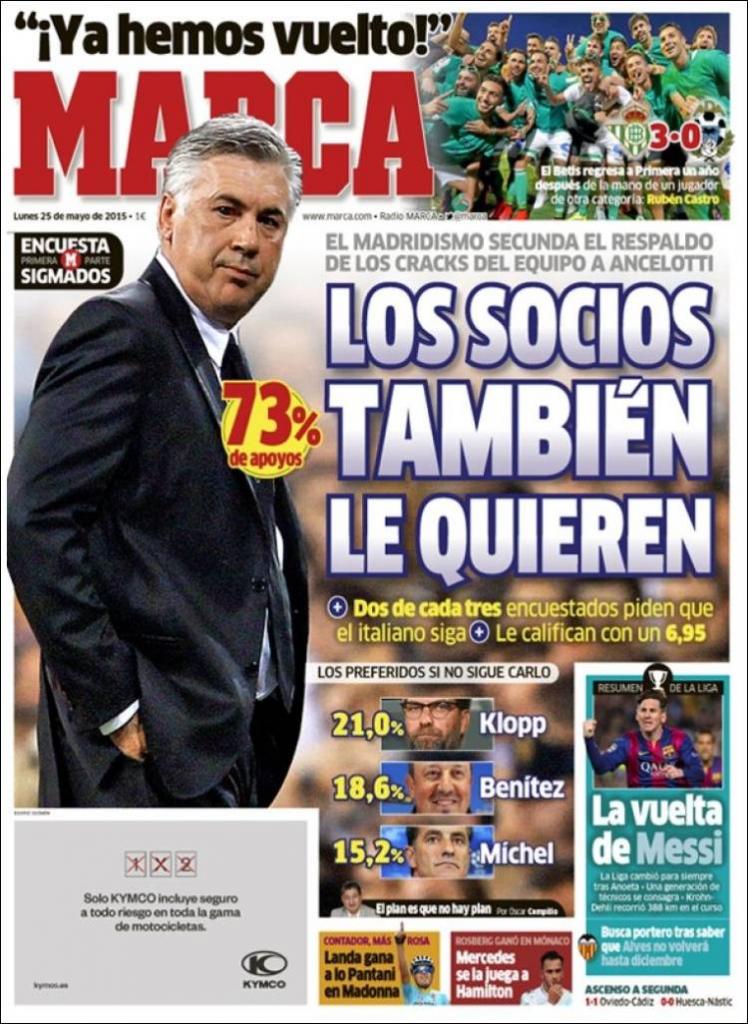 The members also want him

Seventy-three per cent are behind him

Two out of three questioned ask for the Italian to continue

The plan is there is no plan

Betis return to La Primera a year later by the hand of a player from another League: Ruben Castro

A generation of coaches put him on a pedestal

Krohn-Dehli ran 388 kilometres over the year

Valencia, searching for a goalkeeper after learning Alves will be out until December 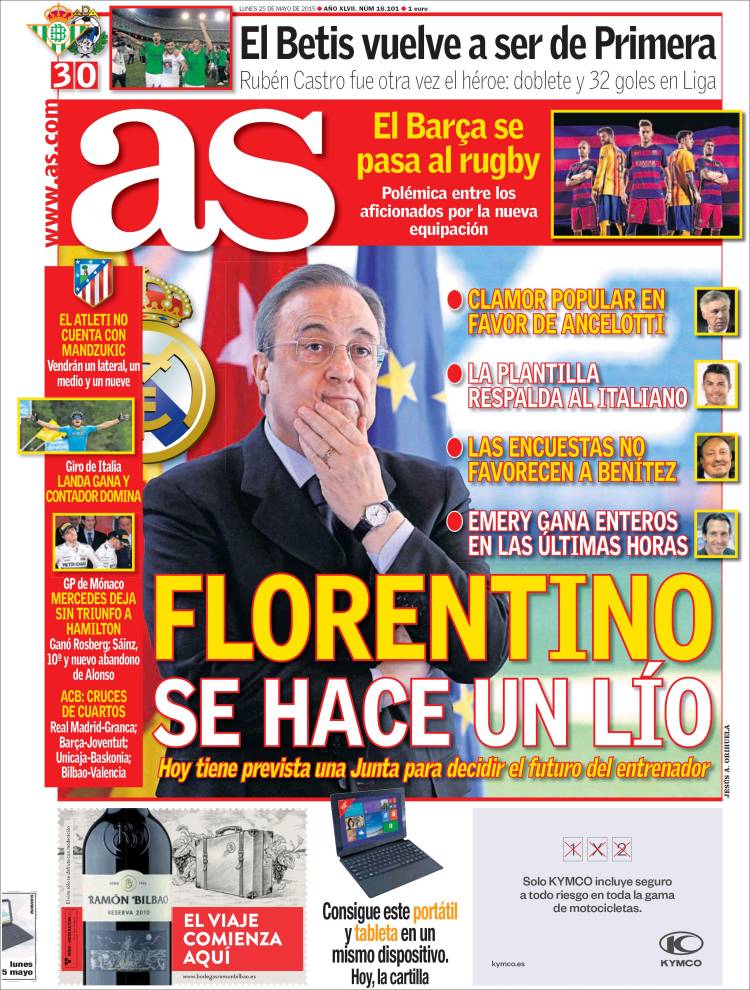 Popular clamour in favour of Ancelotti

The squad back the Italian

Emery has gained support in the last few hours

Controversy among the members about the new kit

Betis are again a Primera team

Ruben Castro was once more the hero: a double and 32 League goals

A full-back, a midfielder and a No 9 will come 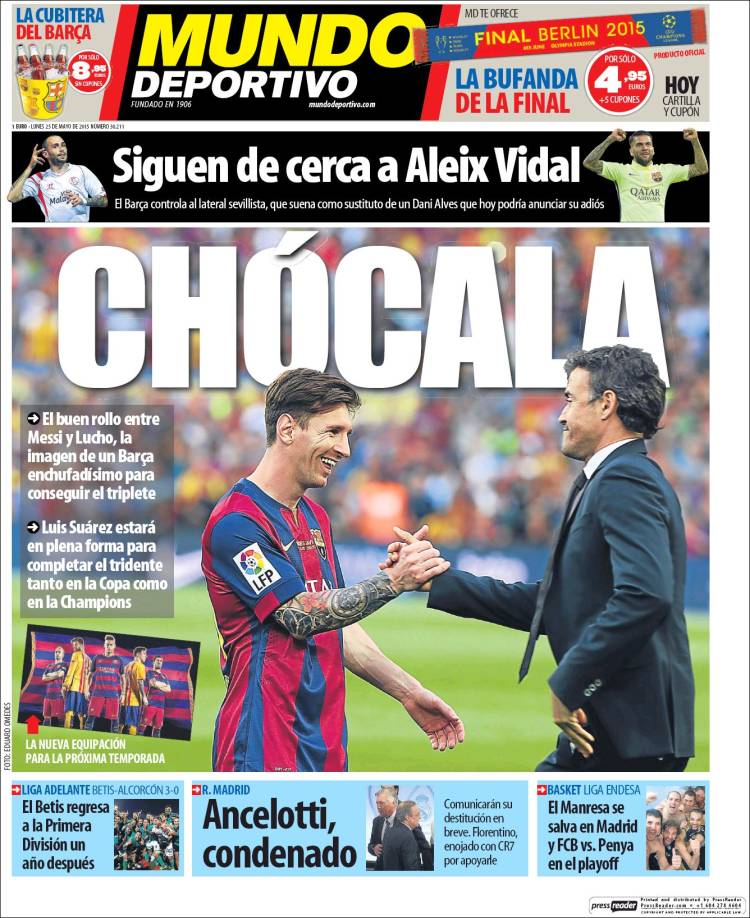 The good vibes between Messi and Lucho, the photograph of a Barca well tuned in to win the treble

The new kit for next season

They are monitoring Aleix Vidal

Barca are checking on the Sevilla full-back, who dreams of being the replacement for Dani Alves, who could announce his goodbye today

His sacking will be confirmed shortly. Florentino is upset with CR7 for supporting him