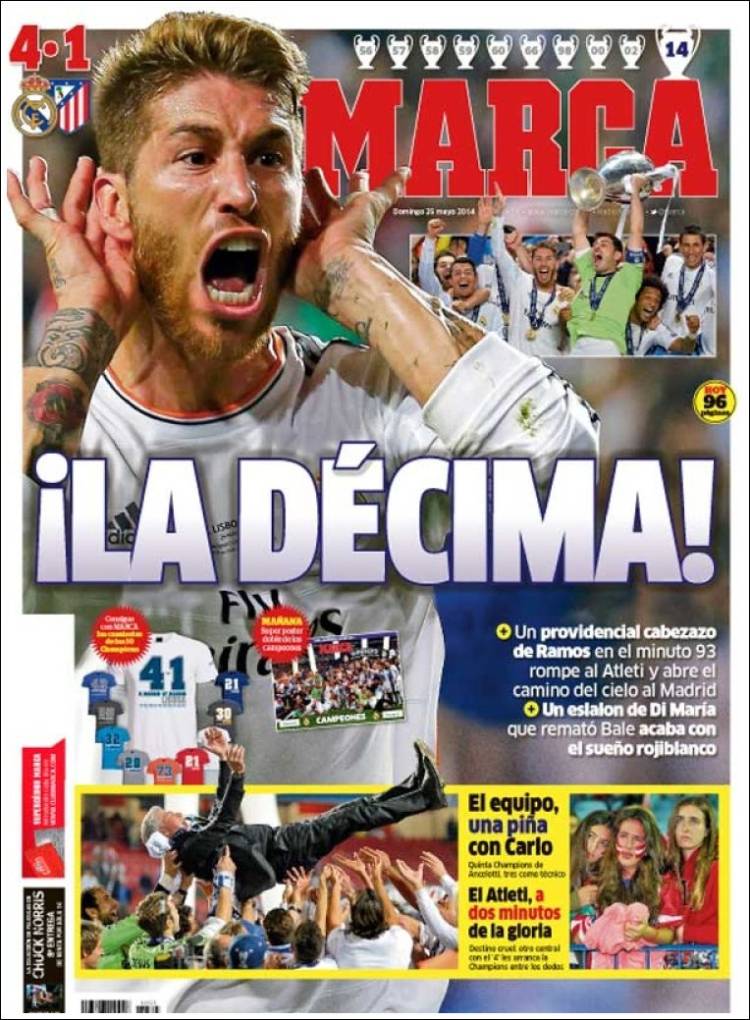 The team are united with Carlo

Five UCL trophies now for Ancelotti, three as a coach

Atleti, two minutes away from glory 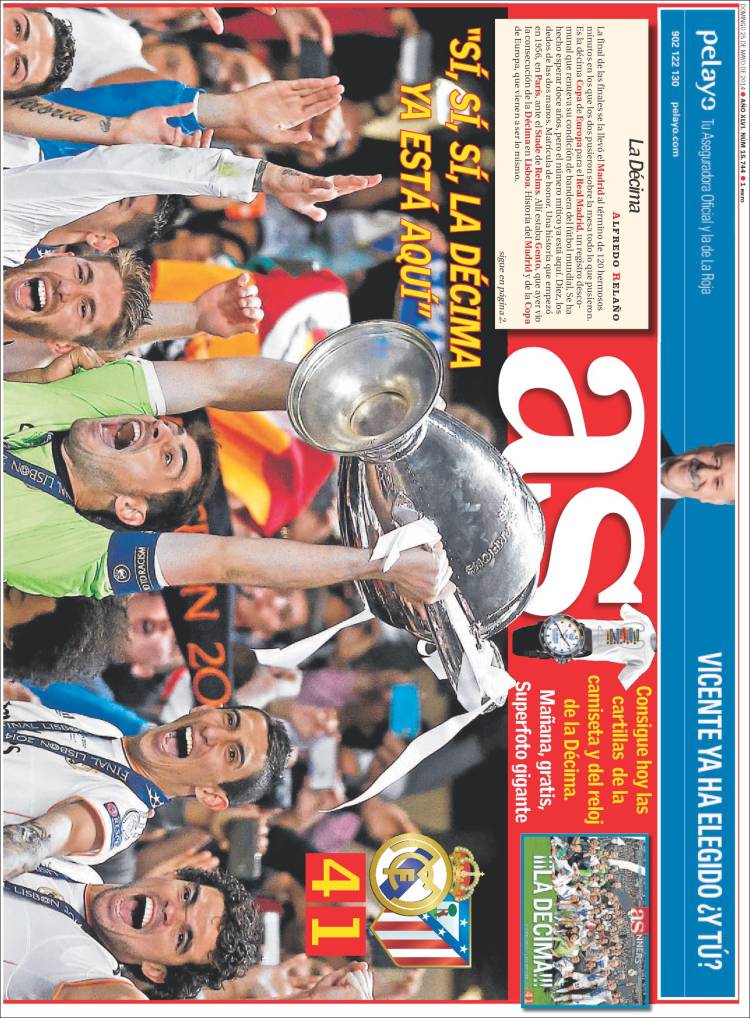 Alfredo Relano: "The final of all finals that took Madrid 120 wonderful minutes in which both sides did everything they could. The tenth European Cup for Real Madrid, an incredible record that renews their prestige in world football. The club has been made to wait 12 years but the mythical number is now here. Ten, two full hands. It is a record to honour and a story that started in 1956, in Paris, against Stade de Reims. There it was Gento, that yesterday was there to see the achievement. The history of Madrid and that of the European Cup, two stories intertwined" 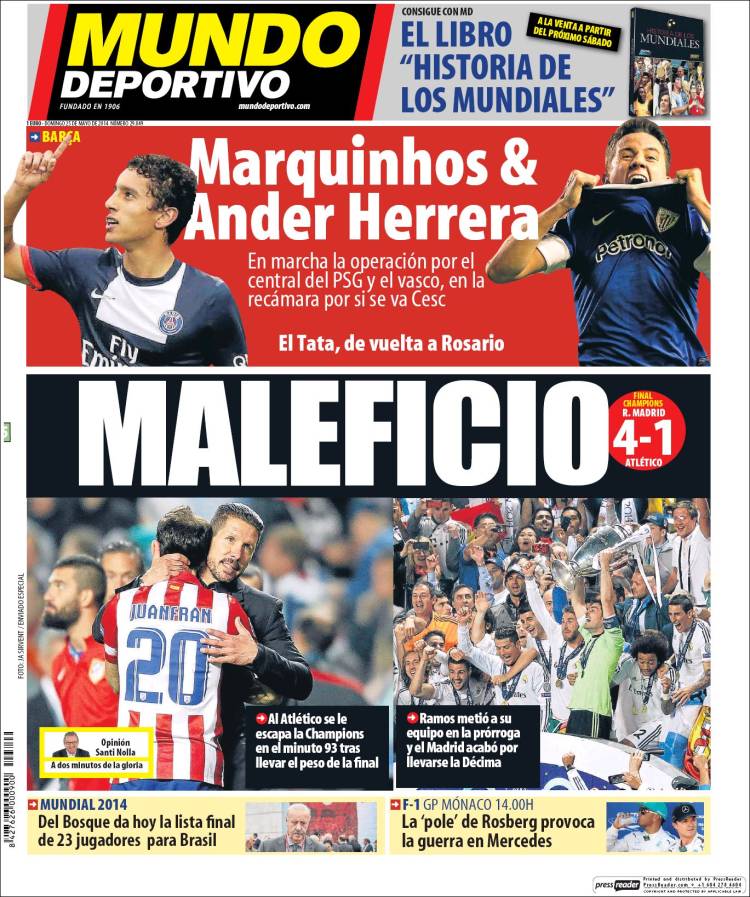