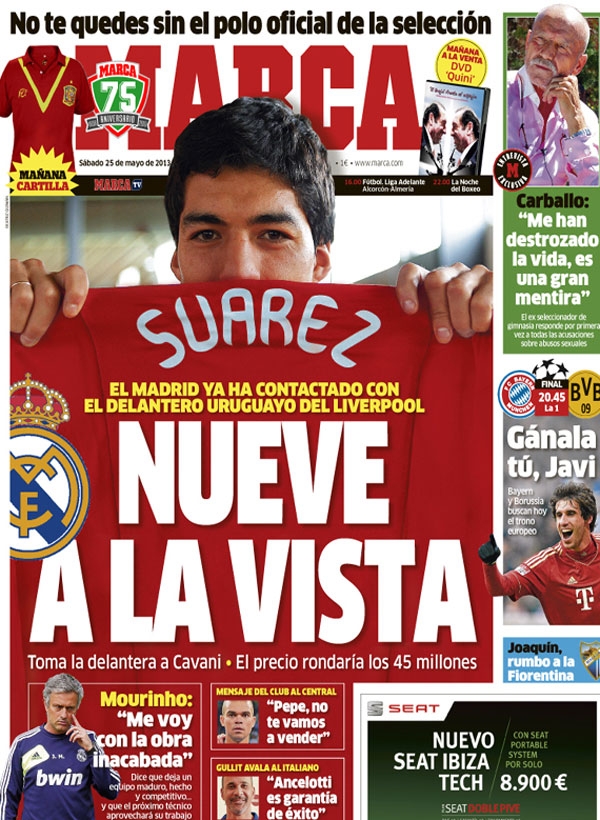 Number 9 in sight
Madrid have already contacted the Uruguayan forward from Liverpool
To take him ahead of Cavani
The price is around 45€ million
Mourinho: "I go with work unfinished"
He says that he leaves the team mature, complete and competitive... and that the next coach will take advantage of his work
Message from the club: "We will not sell Pepe"
Gullit endorses the Italian: "Ancelotti is a guaranteed success"
Carballo: "They have destroyed by life, it is a great lie"
The ex gym coach responds for the first time to all the accusations over his sexual abuses
Win it Javi
Bayern and Borussia chasing the European throne

Joaquin, on course for Fiorentina 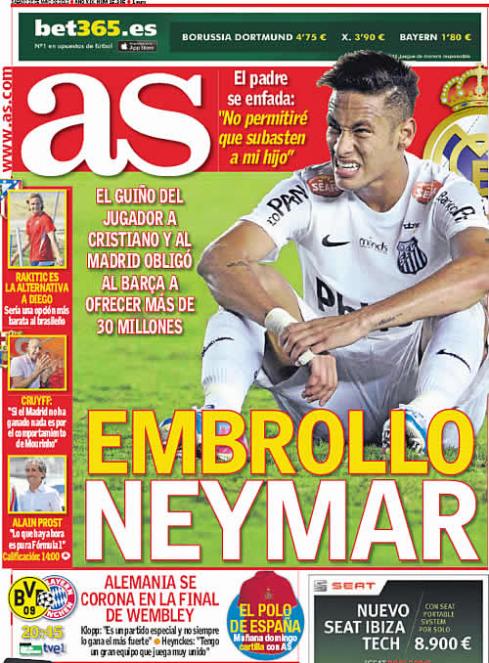 Neymar mess
His interest to play with Cristiano and Madrid obliges Barca to accelerate talks for the Brazilian
In Brazil they say his deal to Barceloa is done
Germany crowns the final of Wembley
Klopp: "It is a special game and not always the best wins"
Heynckes: "I have a great team that plays very united"
Rakitic is the alternative to Diego: It would be a cheaper option than the Brazilian
Cruyff: "If Madrid have not won it is because of Mourinho"
Alain Prost: "What there is now is pure Formula 1" 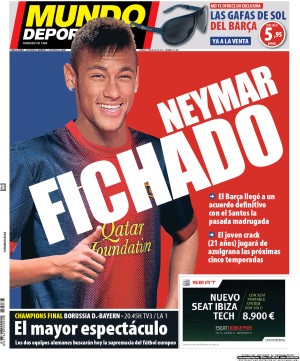 Neymar OK
Barca arrive at an agreement in principle with Santos this past morning
The 'crack', without a fringe, will play with the Azulgrana for the next five seasons
The best spectacle
The two German teams search for European supremacy