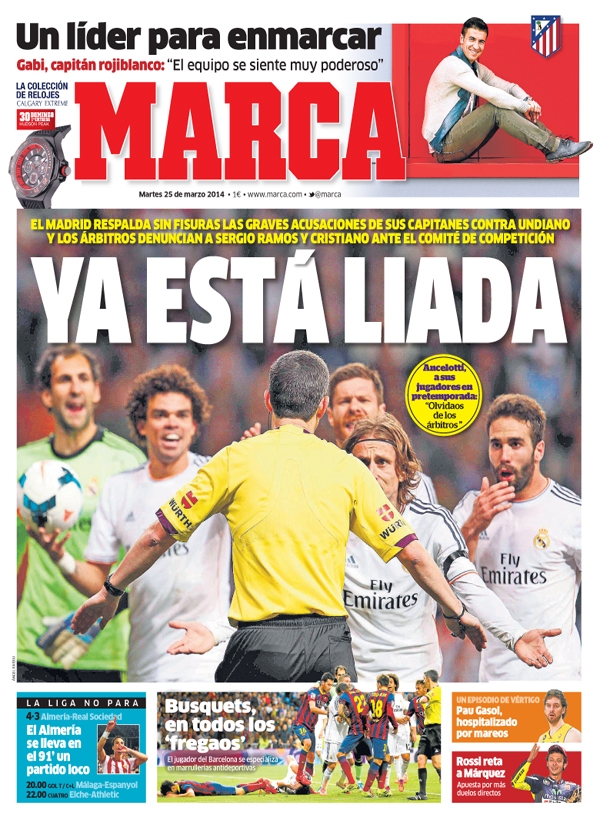 It is a mess already
Madrid back up the grave accusations of their captains against Undiano and the referees denounce Sergio Ramos and Cristiano to the Competition Comittee
A leader to be held up high
Gabi, captain of Rojiblancos: "The team feels very powerful"
Busquets involved in all the rows
The Barca player specialises in the dark arts of gamesmanship
Almeria take the game until the last minute
Pau Gasol, hospitalised
Rossi challenges Marquez 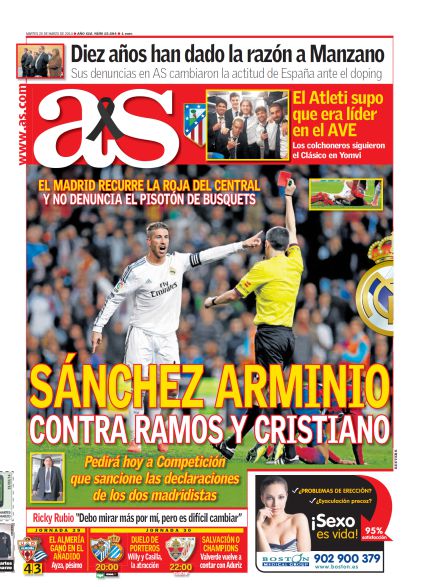 Sanchez Aminio against Ramos and Cristiano
Madrid appeal the red card and denounce Busquets
They will ask the competition committee to consider the accusations of Ramos and Cristiano
Atleti knew it would be leader in the AVE
Los Colchones followed the Clasico on Yomvi
Ten years have given the right to Manzano
His denouncements to AS changed Spain's attitude towards doping
Almeria win in time added on
Duel of the keepers, Wily v Casilla
Salvation or champions
Valverde counting on Aduriz again 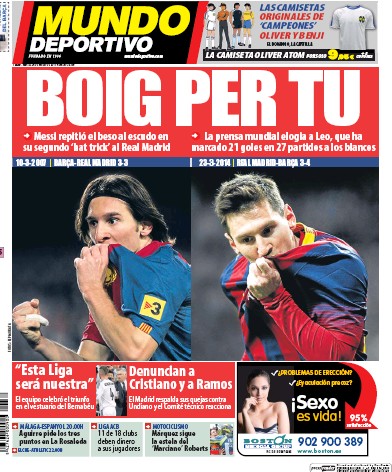 He does it to Madrid again
Messi repeated kiss on the badge following his second hat-trick against Real Madrid
The world press eulogise about Leo, he has scored 21 goals in 27 games against Los Blancos
Marquez going for Roberts record
"This league will be ours," the team celebrates the triumph in the dressing room
Cristiano and Ramos accuse
Madrid back up their complaints against Undiano and the competition committee
Aguirre asks for three points at La Rosaleda
11 of the 18 clubs must pay their players