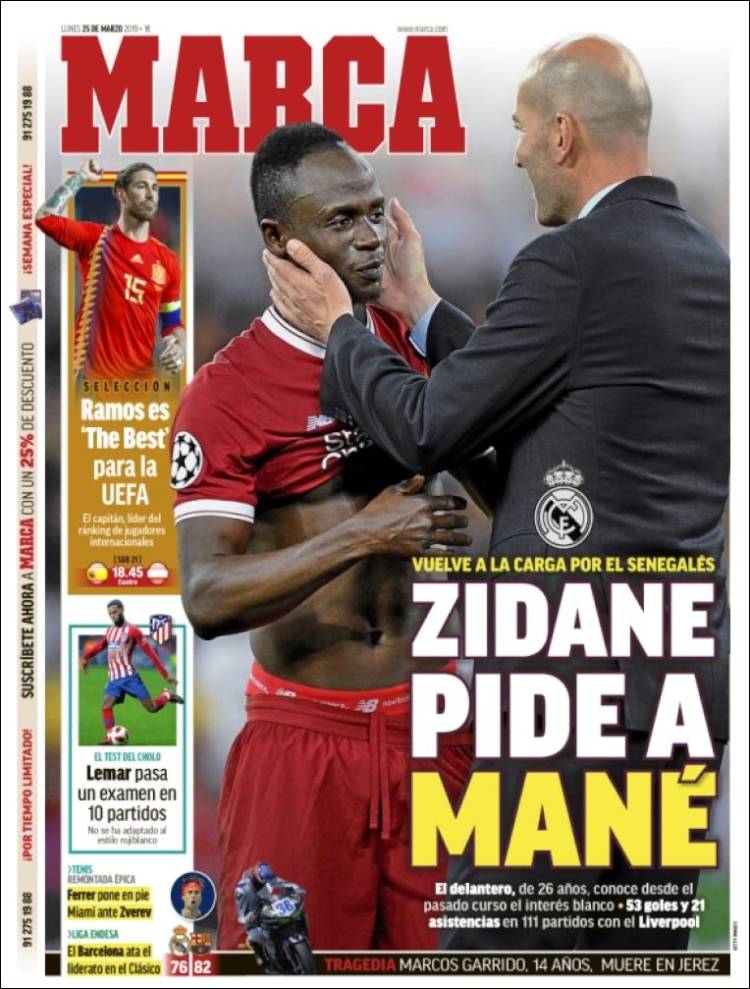 Ramos is 'The Best' for UEFA

Lemar passes an exam in 10 matches 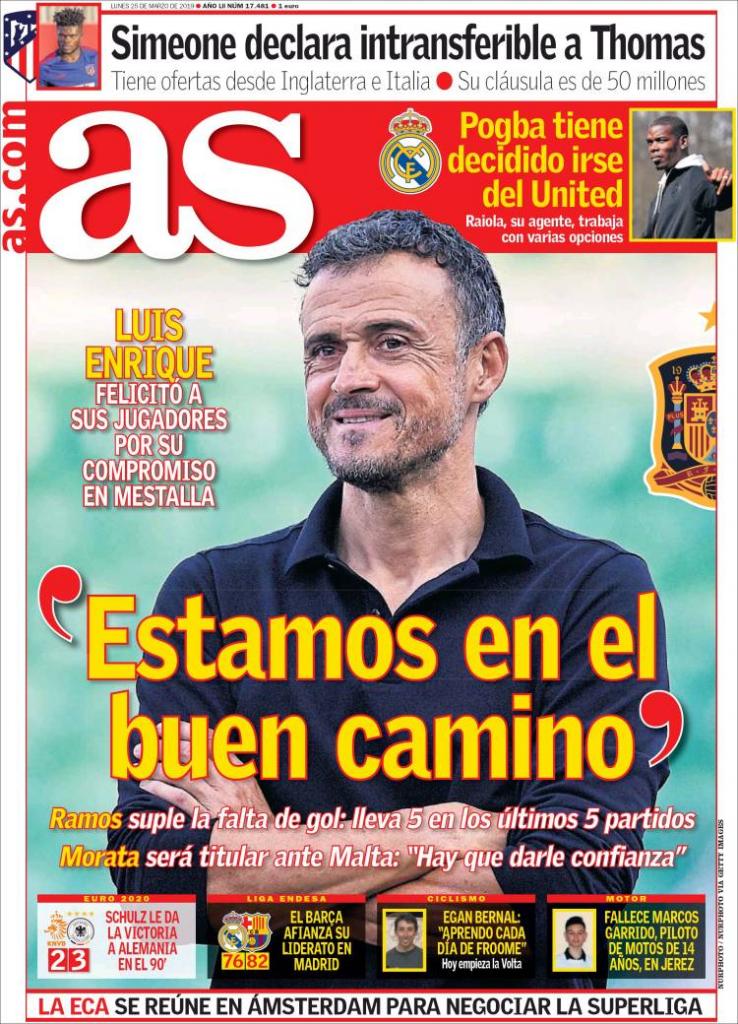 "We are on the right path"

Luis Enrique congratulates his players on the commitment in the Mestalla

Simeone declares Thomas as intransferable - has offers from England and Italy, 50m clause

Pogba has decided to leave United 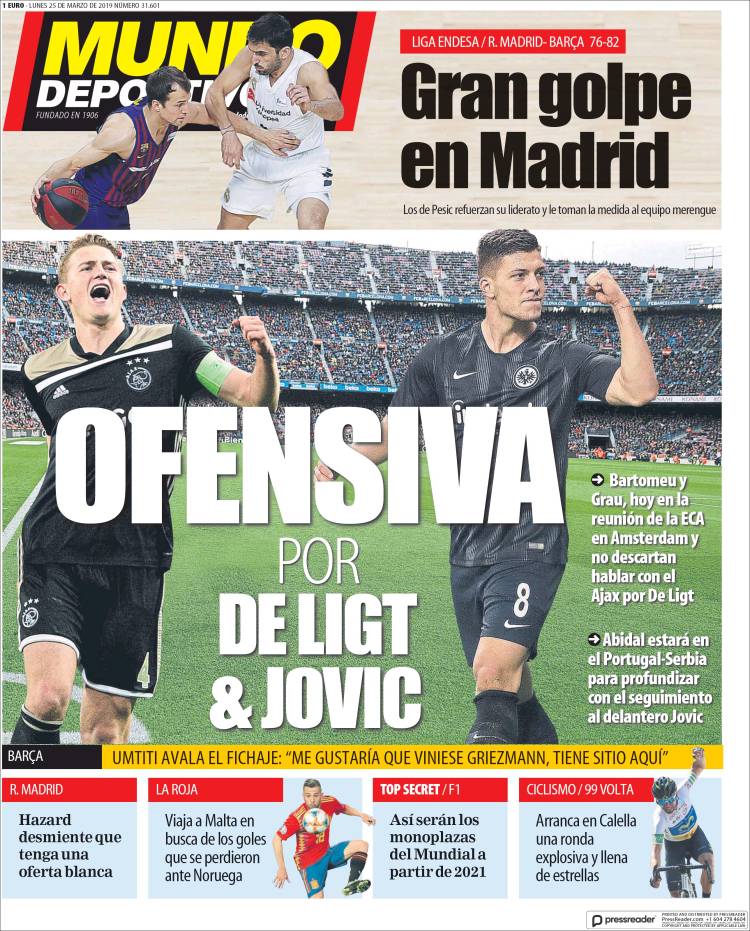 Offensive for de Ligt and Jovic

Bartomeu and Grau in Amsterdam today, don't rule out discussing de Ligt with Ajax, Abidal to be at Portugal-Serbia to watch Jovic

Umtiti endorses the signing: "I would like Griezmann to come, it has a place here"

Hazard denies an offer from Madrid