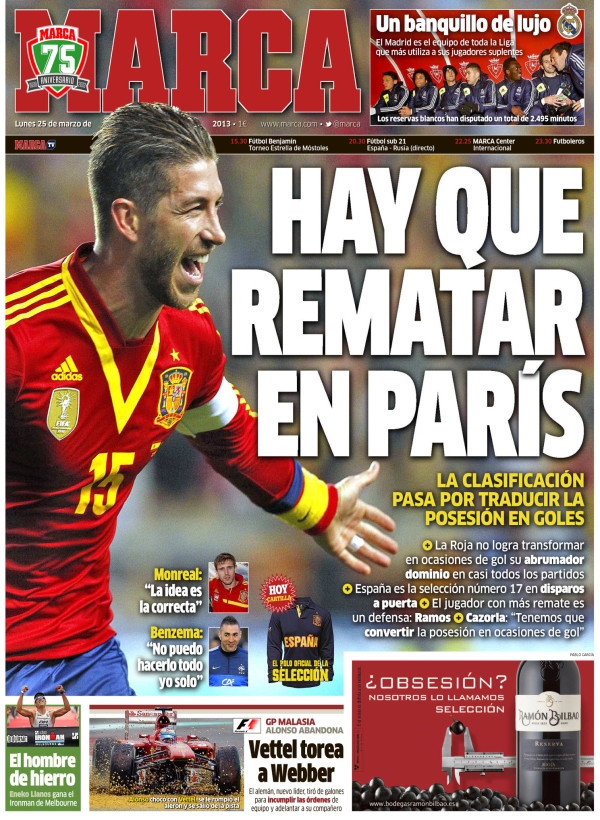 There has to be a comeback in Paris

Spain's possession must translate into goals

Spain is a team with just 17 shots on goal

The player with the most shots on goal is a defender; Ramos

Cazorla: "We have to convert our possession to chances on goal"

Monreal: "The idea is correct"

Benzema: "I cannot do everything by myself"

Luxury bench: Madrid is the team in La Liga that utilized its bench more than any other team 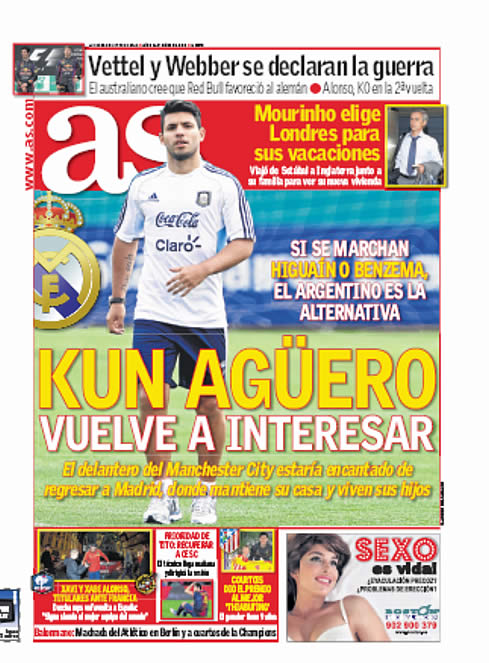 The forward of Manchester City could be counting on a return to Madrid, where he still has a house and where he sons live

If Aguero comes, Higuain or Benzema will leave

Mourinho chooses London for his vacation

Xavi and Xabi Alonso, to start against France

Deschamps sees Spain as favourites: "They are still the best team in the world"

Priority for Tito, to help Cesc regain his form

The trainer arrives tomorrow and will direct training

Courtois give his best 'Thiabuting', the winner is 9 years old

Basketball: An act of bravery from Atletico in Berlin to reach the quarter finals of the Champions

The Australian believes that Red Bull favoured the German

Alonso, knocked out in the second lap 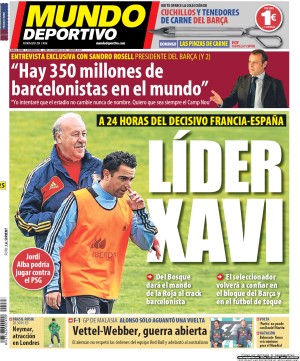 24 hours ahead of the decisive battle with France

Del Bosque counting on the Barcelonista

Interview with Rosell: "There is 350 million Barcelona fans in the world"

"I will try and never have the name of the stadium changed, I want it always to be Camp Nou"