Today's front-page headlines from Sport, AS and Mundo Deportivo… 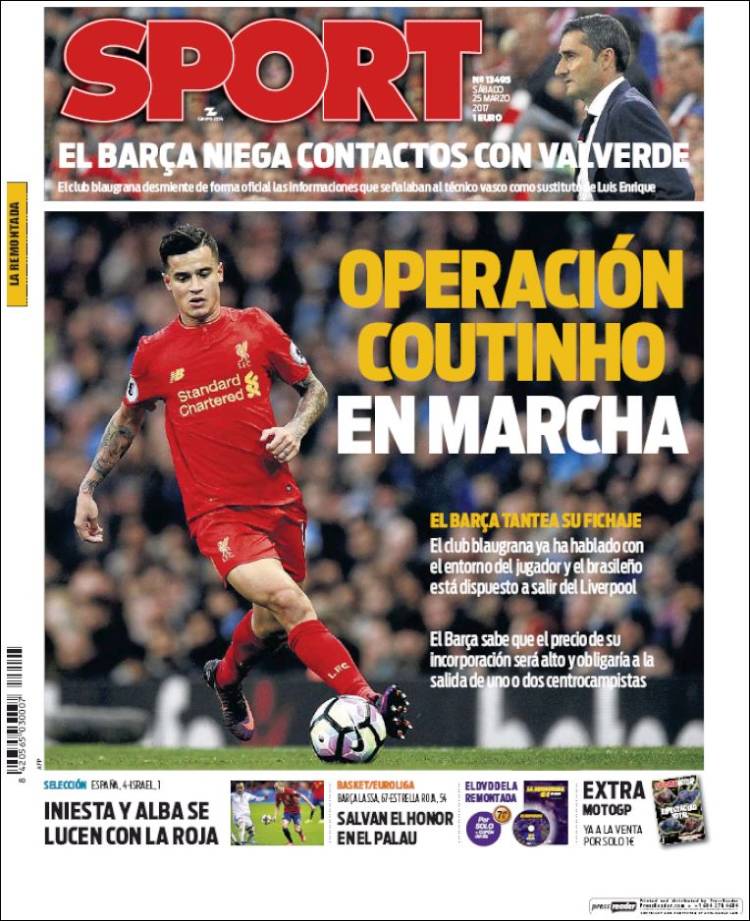 Barca sound out his signing 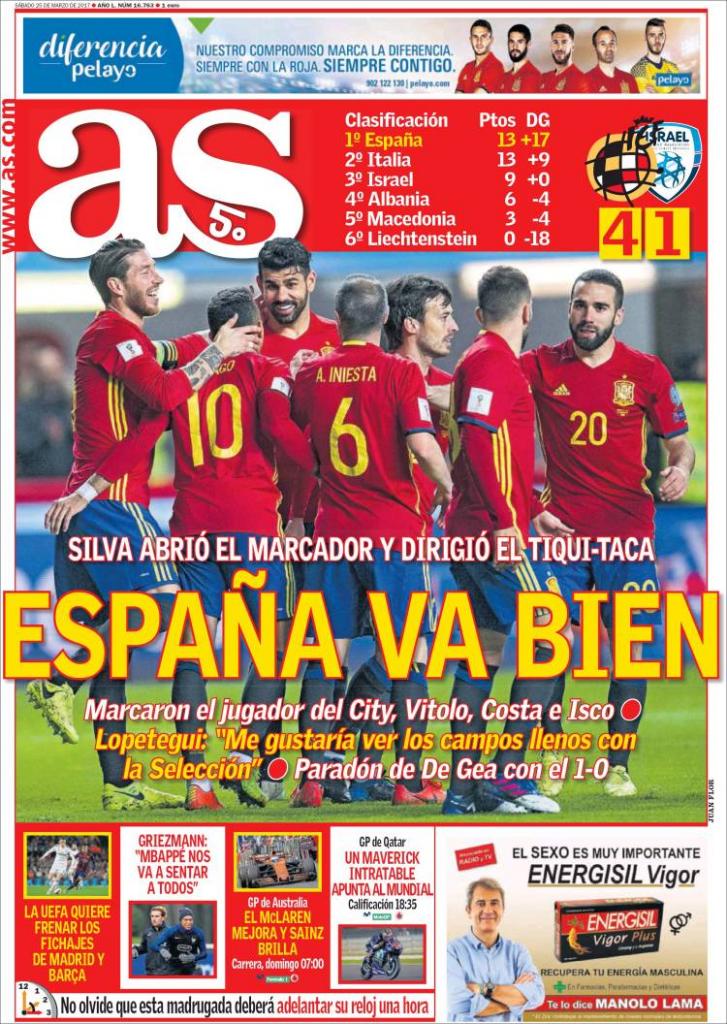 Silva opened the scoring and led the ‘tiki-taka’

The City man scored, alongside Vitolo, Costa and Isco

Lopetegui: “I’d like to see stadiums filled for the national team”

Griezmann: “Mbappe will sit us all down” 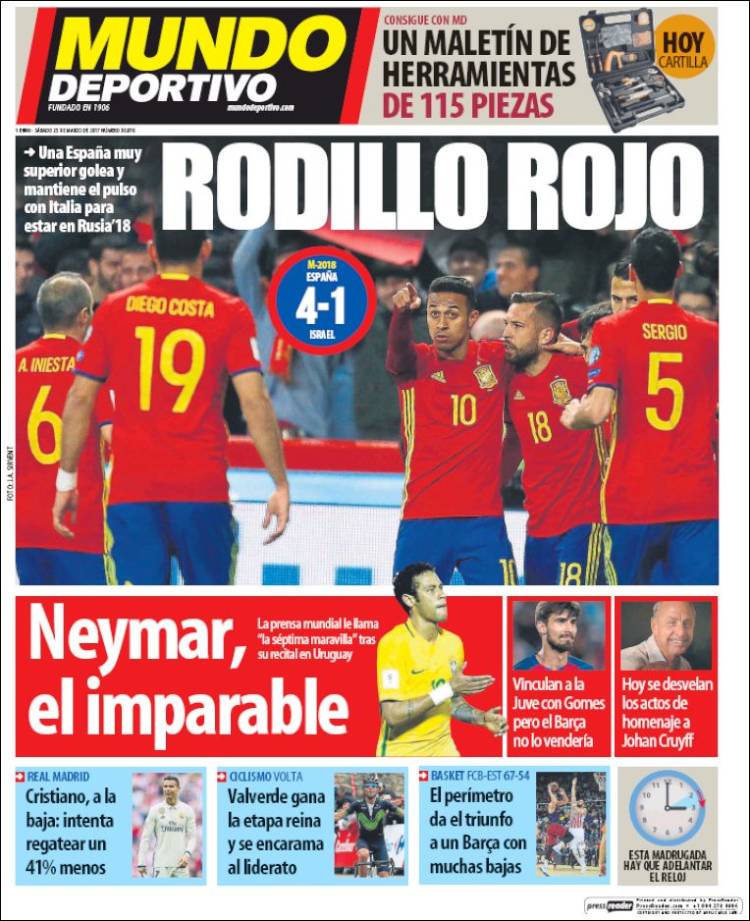 Juve linked with Gomes but Barca won’t sell him

The acts of tribute to Johan Cruyff are revealed today