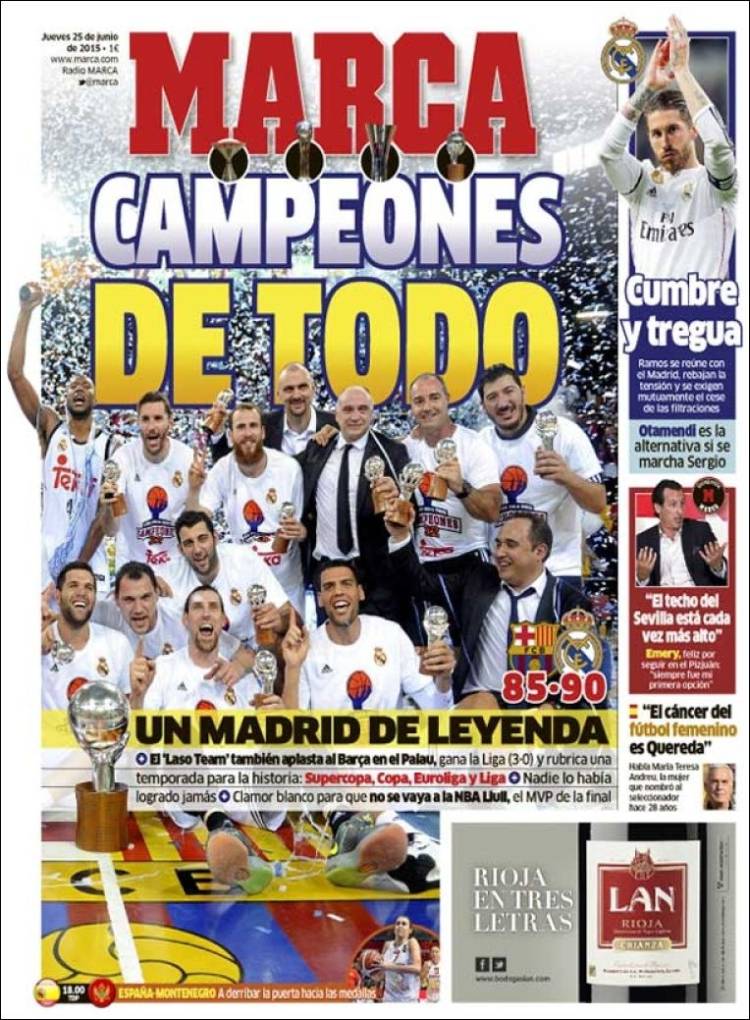 A Madrid of legends

The ‘Laso Team’ also crushed Barca in the Palau, wins the League [3-0] and is heading for an historic season: Super Cup, Cup, Euroleague, League

Nobody has ever achieved

Blanco clamour so [Sergio] Llull doesn’t go to the NBA, the Final MVP

Ramos meets with Madrid, they ease the tension and mutually ask for the end of leaks

Otamendi is the alternative if Sergio leaves

Emery, happy to continue at the Pizjuan: ‘It was always my first choice’

‘Quereda is a cancer in women’s football’ 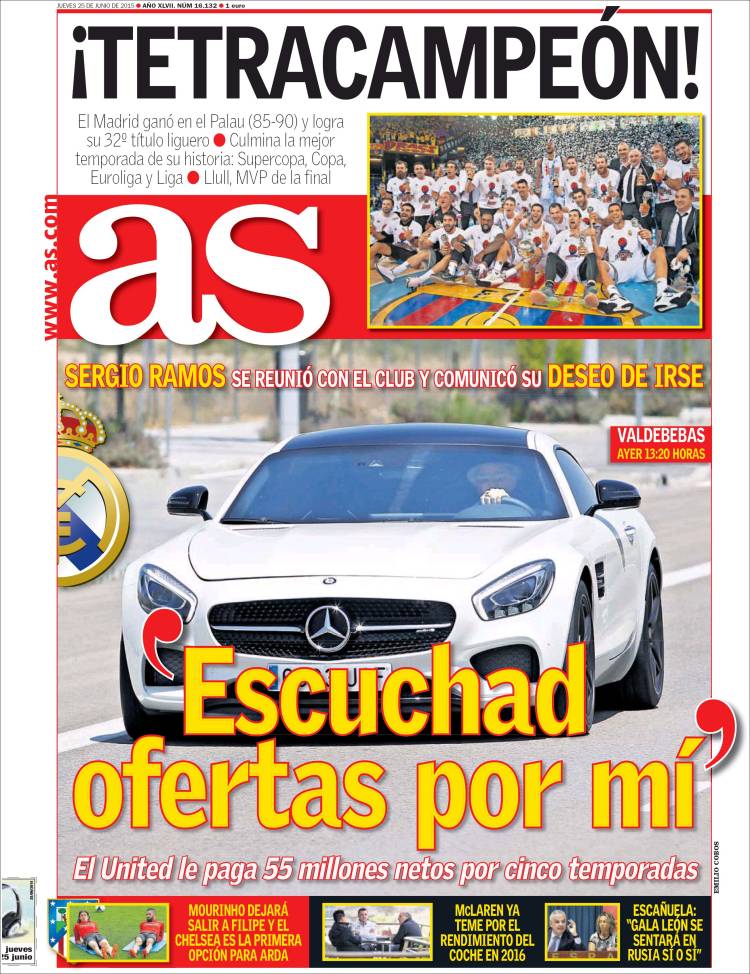 ‘Listen to offers for me’

United will pay him €55m net for five seasons

Llull, MVP of the Final 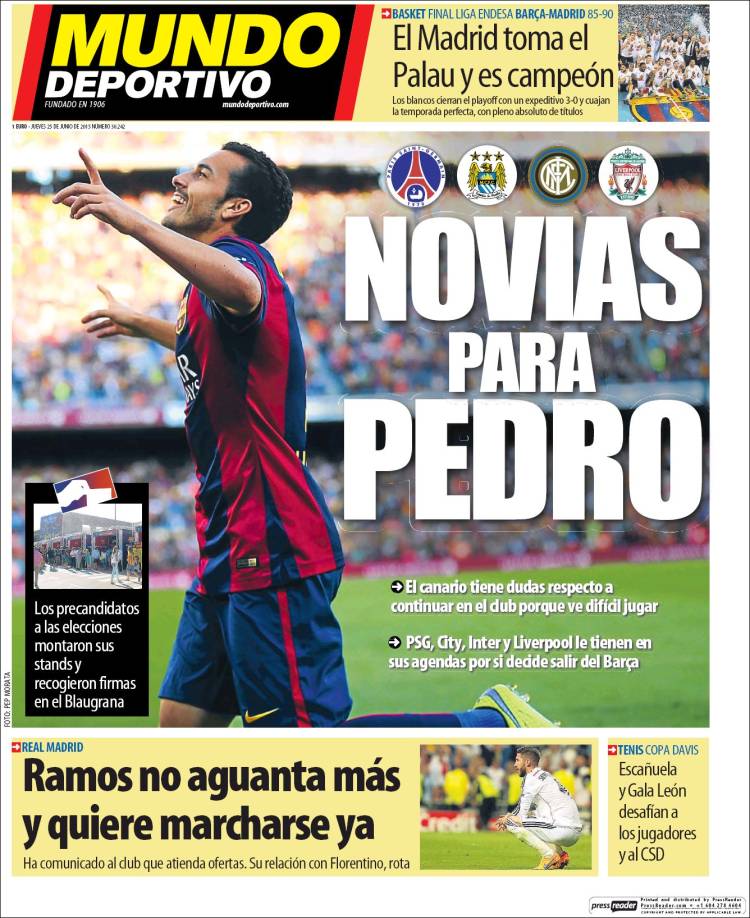 PSG, Man City, Inter and Liverpool have him on their agendas if he decides to leave Barca

Ramos can’t take anymore and would like to leave now

He has asked the club to listen to offers. His relationship with Florentino, broken

Madrid capture Palau and are champions