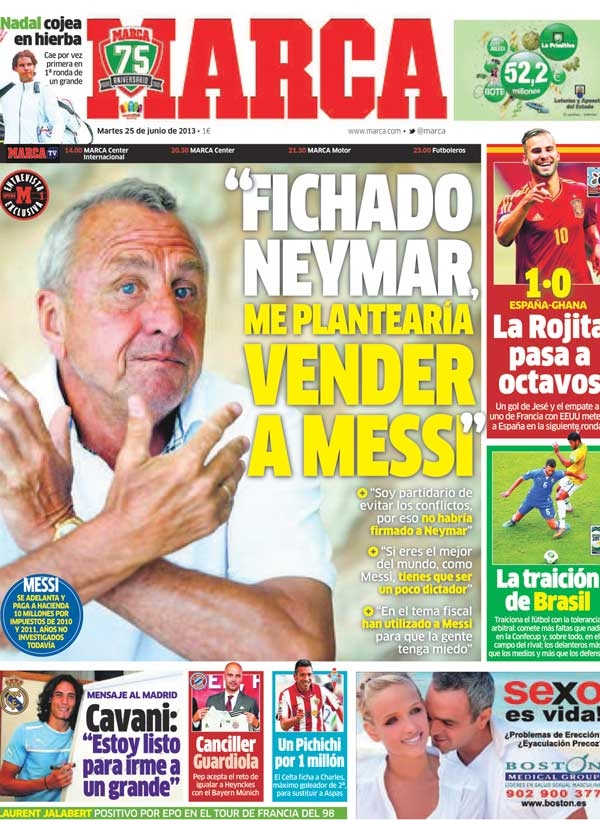 "Neymar signing suggests to me Messi is to be sold," Cruyff

"If you are the best in the world, like Messi, you have to be like a dictator"

"On the subject of his fiscal problems, they have used Messi to send a message of fear to people"

Spain 1-0 Ghana: La Rojita progress to the next round

The treachery in Brazil

The refereeing has been full of errors, with forwards being targeted and been pulled up for more fouls than midfielders and defenders

Message for Madrid, Cavani: "I am ready for a move to a great club"

A Pichichi for 1€ million

Laurent Jalabert: Tested positive for EPO in the Tour de France of 1998

Nadal falls on grass: He loses in the first round 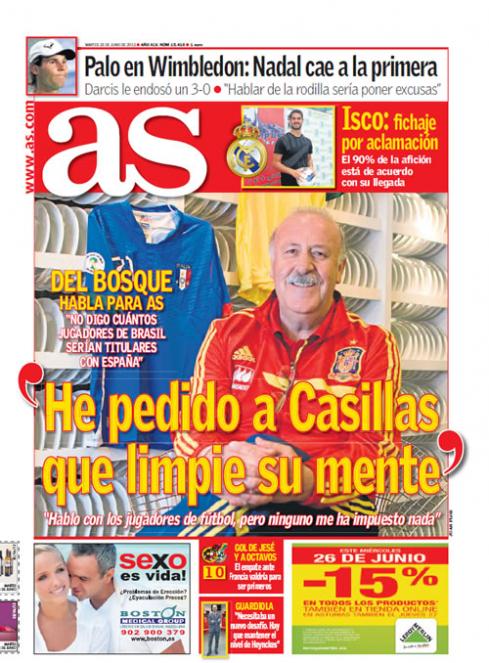 "I have asked Casillas to clear his mind" Del Bosque

Del Bosque speaks with AS

"Many Brazilian players would be starters in my side"

Isco: His signing gets the seal approval from fans

90% of fans agree with his arrival

A poor showing at Wimbledon: Nadal falls in the first round

Dacris goes 3-0 up, "To speak of my knee would be to make excuses"

Jese goal sends Spain to the next round

Guardiola: "I needed a new challenge. I am here to maintain the level set by Heynckes" 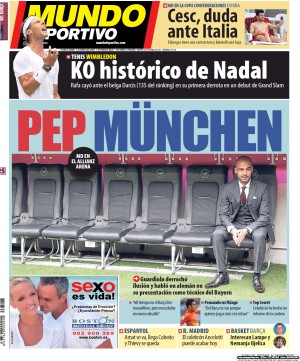 "My time at Barca was marvellous, but I needed a new challenge" Pep

Thinking of Thiago: "You leave Barca if you want to play more or they kick you out"

Cesc, a doubt for Italy

Fabregas has a contraction and Balotelli is ruled out