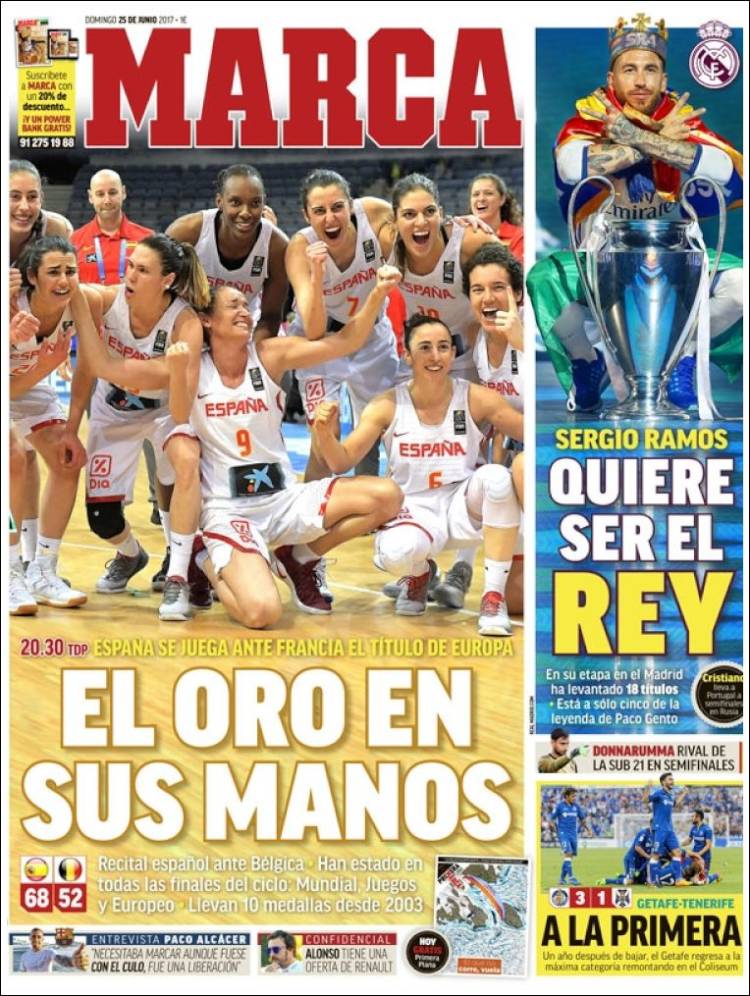 Gold in their hands

He wants to be the king

Donnarumma, Spain’s rival in the U21 semi-finals

“I needed to score, even if it was with my backside. It was a release” 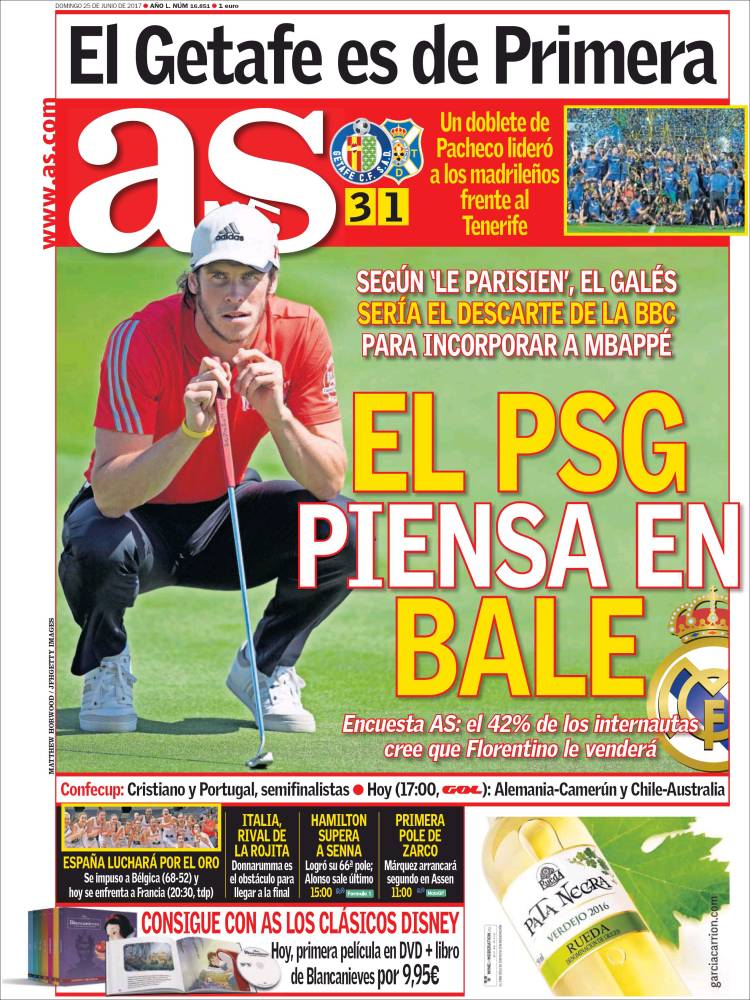 According to Le Parisien, the Welshman would be the member of BBC discarded for the signing of Mbappe

AS survey: 42 percent of online users believe Florentino will sell him

Getafe are a Primera side 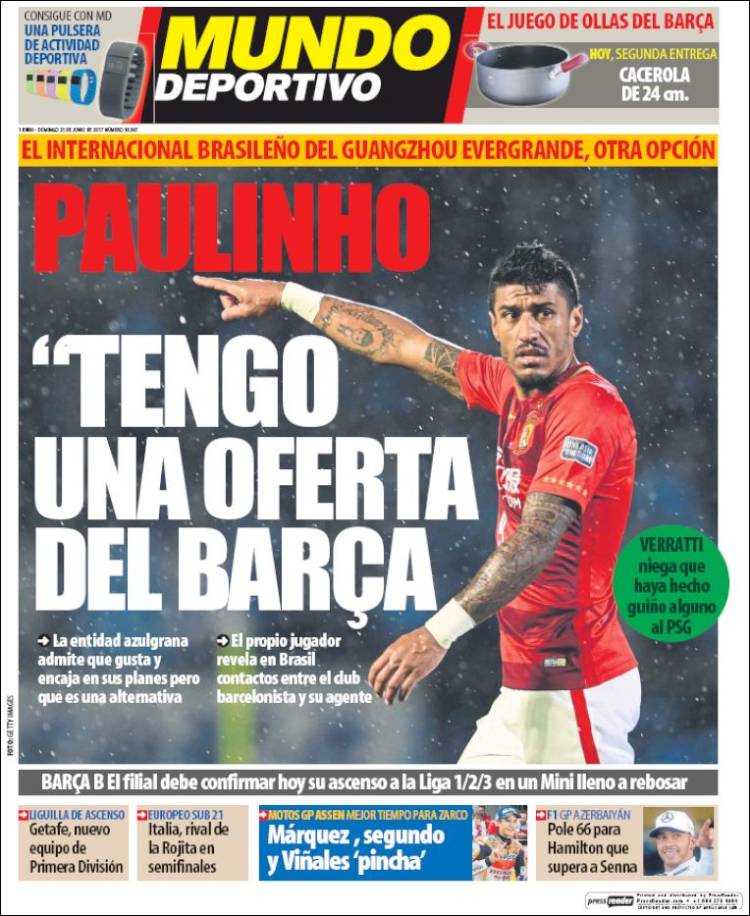 “I have an offer from Barca”