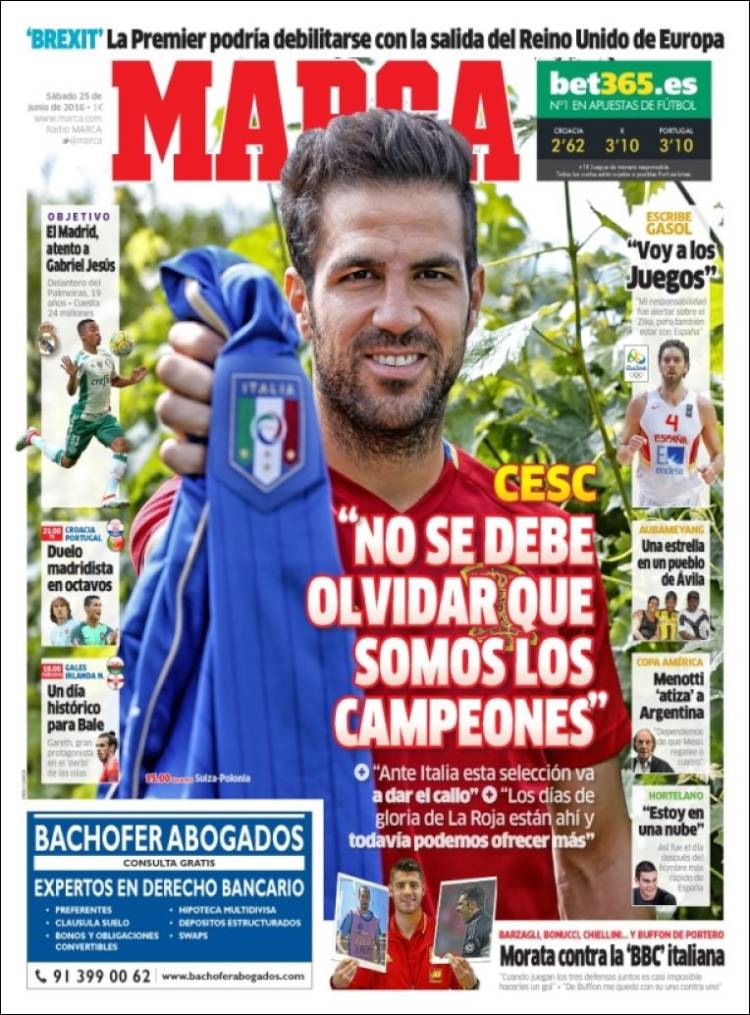 “Against Italy, this national team will work their socks off”

Brexit, the Premier League could be weakened by the UK leaving Europe

Duel of madridistas in the second round

A historic day for Bale

Gareth, the big protagonist in the derby of the isles

A star in the town of Avila

"We depend on Messi dribbling past four”

Morata against the Italian ‘BBC’

“When the three defenders are played together, it’s almost impossible to score a goal” 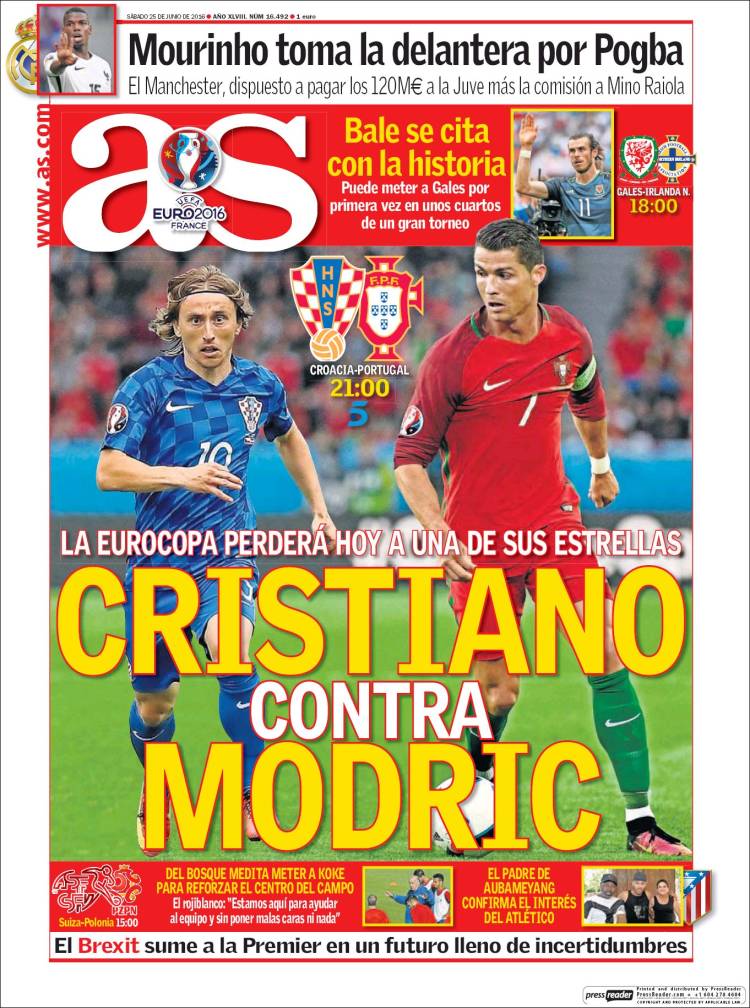 The Euros will lose one of its stars today

Mourinho takes the lead for Pogba

Del Bosque ponders putting in Koke to reinforce the midfield

The Rojiblanco: “We’re here to help the team without frowning or anything” 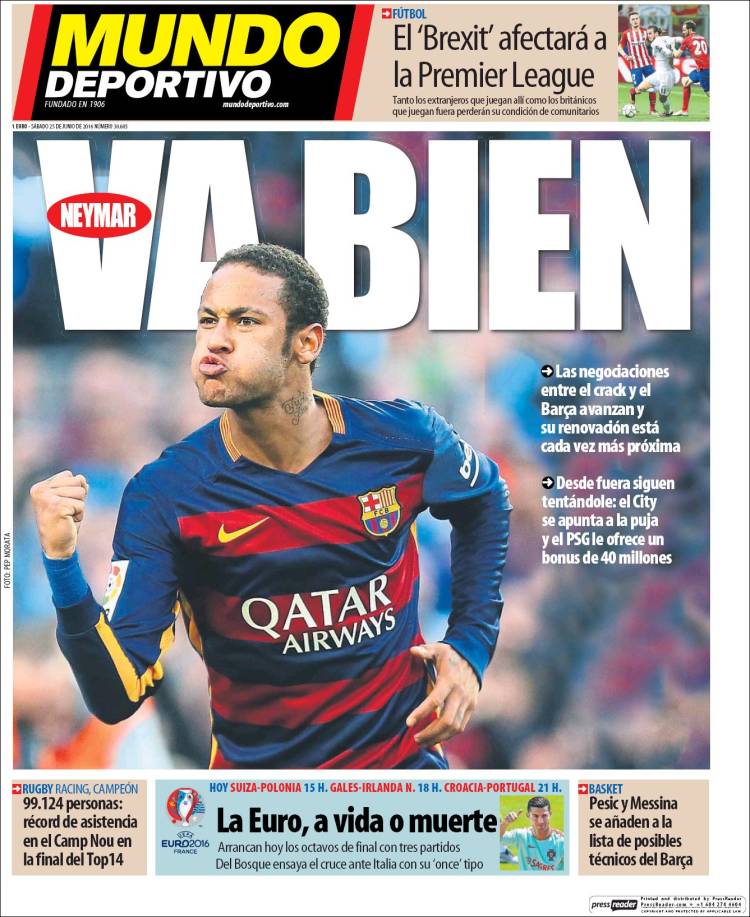 The outside still tempts him: City point towards a bid and PSG offer him a bonus of €40m

The second round starts today with three matches

Del Bosque rehearses the clash against Italy with his best XI