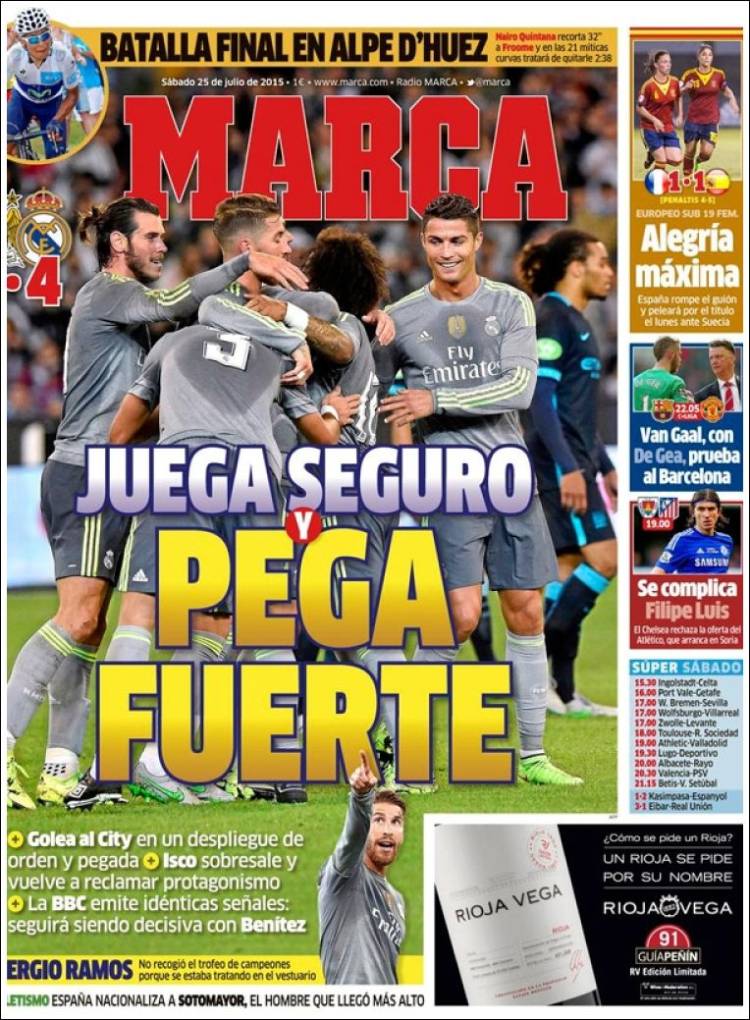 City thrashed in a display of order and punch

Isco excels and returns to stake his claim

The ‘BBC’ broadcasted identical signals: They will remain decisive under Benitez

Chelsea reject the offer from Atleti, who begin in Soria 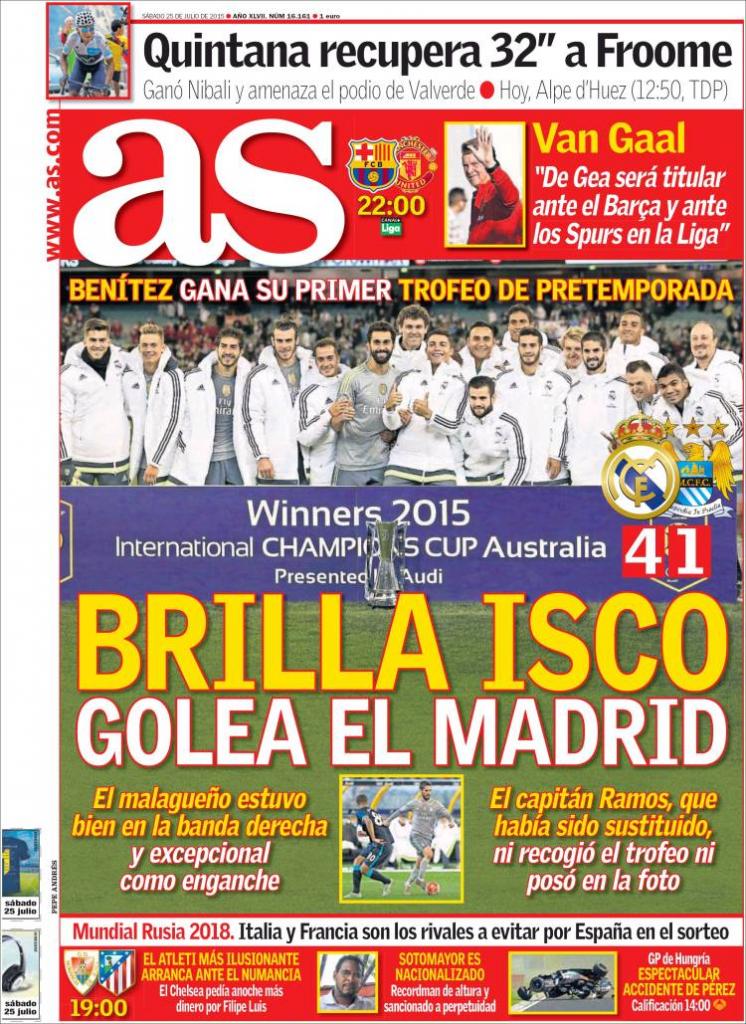 Captain Ramos, who had been replaced, did not lift the trophy or pose in the photo

Russia 2018, Italy and France are the rivals for Spain to avoid in the draw

The most exciting Atleti yet start against Numancia 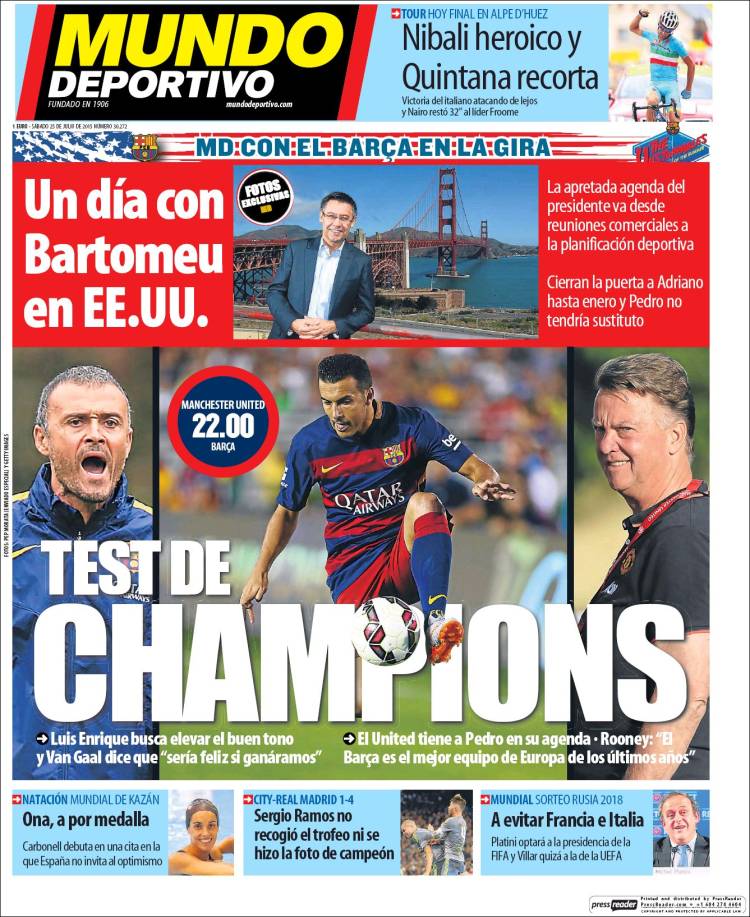 United have Pedro on their agenda

Rooney: “Barca have been the best team in Europe in recent years”

A day with Bartomeu in USA

Adriano door closed until January, Pedro would not be replaced

City 1-4 Real Madrid, Sergio Ramos did not lift the trophy or pose in the champions’ photo