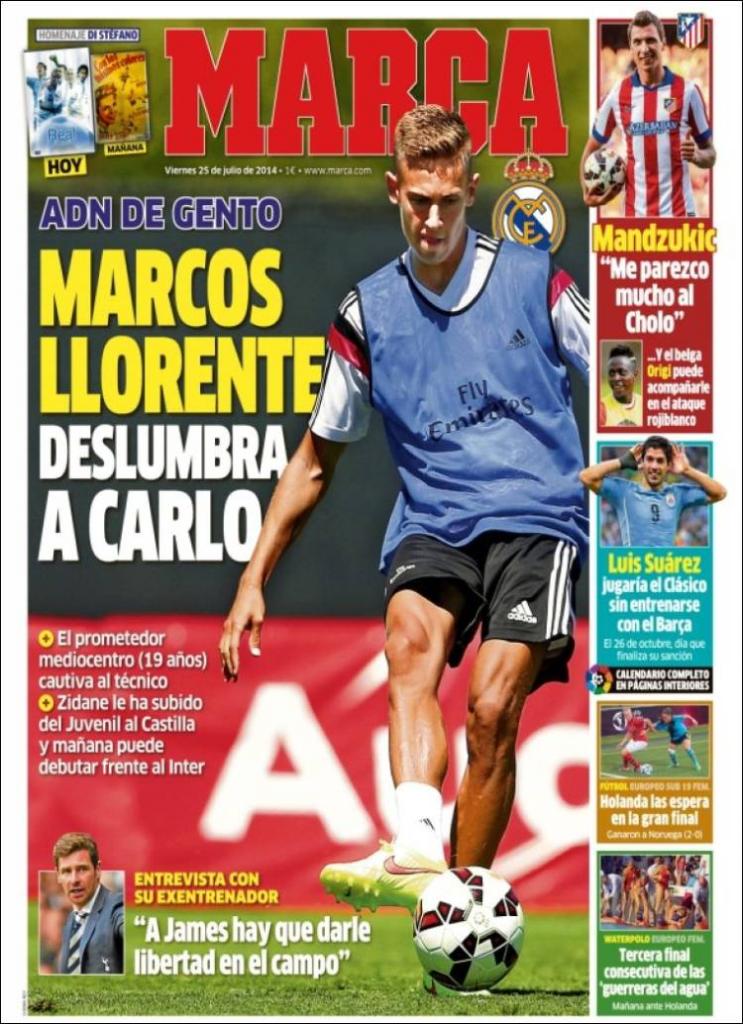 'You have to give James freedom on the pitch'

Interview with his ex-Coach

The Belgian Origi could accompany him in the Rojiblanco attack

Luis Suarez could play El Clasico without training with Barca

October 26, the day his ban ends

Holland awaits in a big final 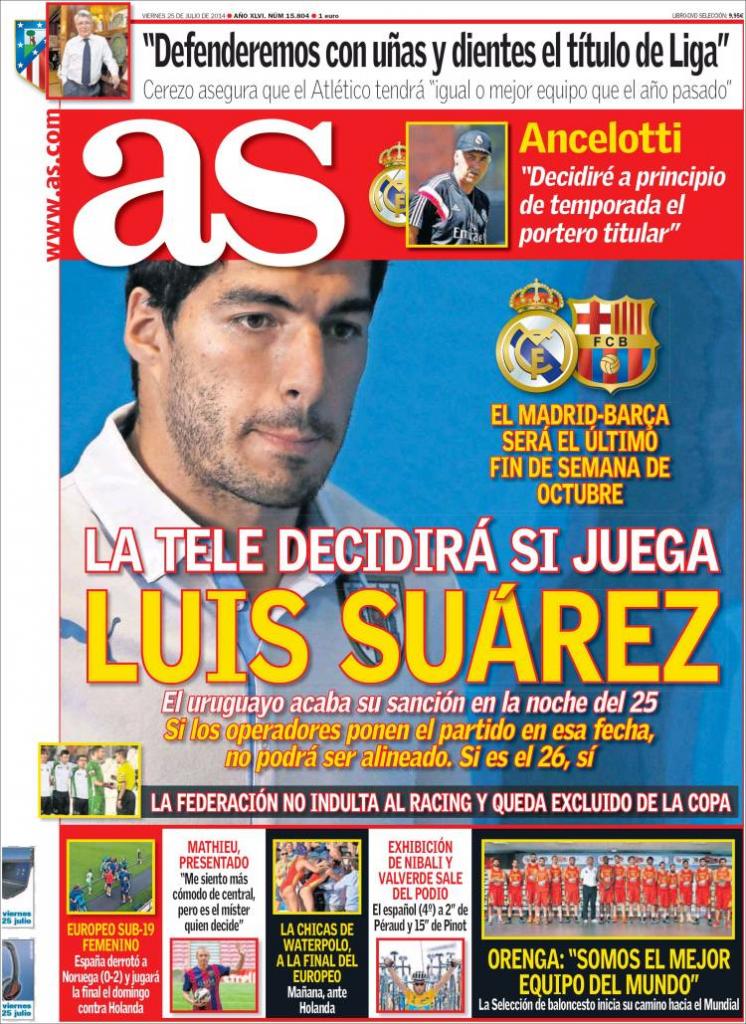 The Uruguayan finishes his ban on the night of the 25th

If the operators put the game on this date, he will not be in the squad

Madrid Barca will be the last weekend of October

'We will defend the League title with tooth and nail'

Ancelotti: 'I will decide at the start of the season the first choice goalkeeper'

'I feel more comfortable as a centre back, but it is the manager who decides' 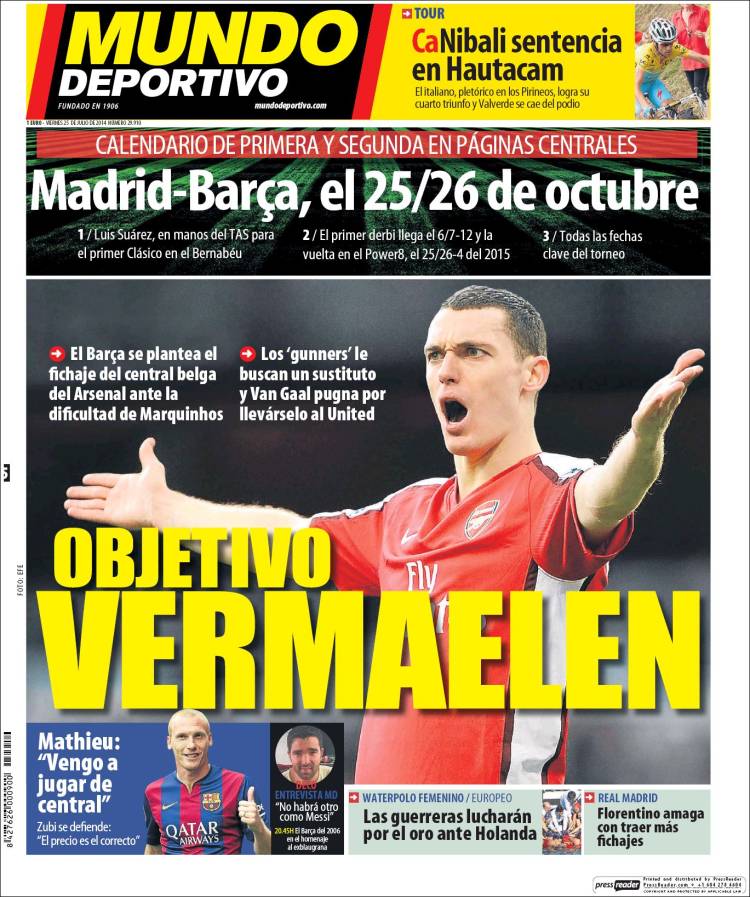 1. Luis Suarez, in the hands of TAS for the first Clasico at the Bernabeu

3. All the key dates of the League

Zubi defends himself: 'The price is correct'

Interview with Deco 'There won't be another like Messi'