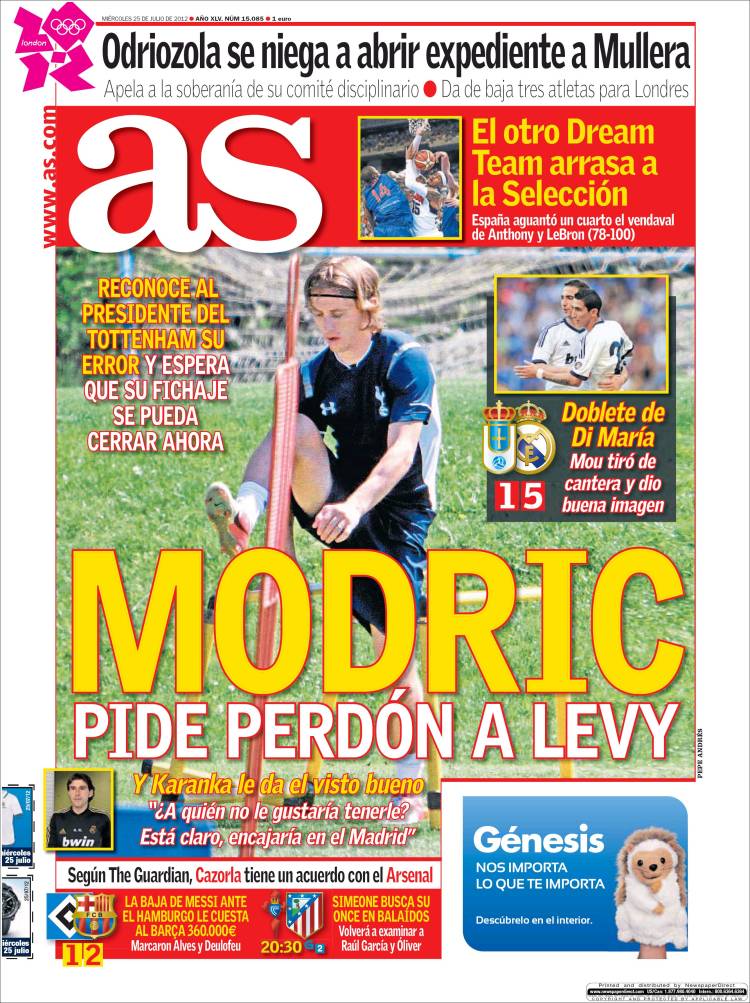 Karanka approves: "Who would not like him? It's true, he would fit in at Real Madrid"

Double from Di Maria: Mou puts out his reserves and they provide a good display

According to The Guardian, Cazorla has an agreement with Arsenal

Simeone looks for his starting line-up in Balaidos: he will take another look at Raul Garcia and Oliver 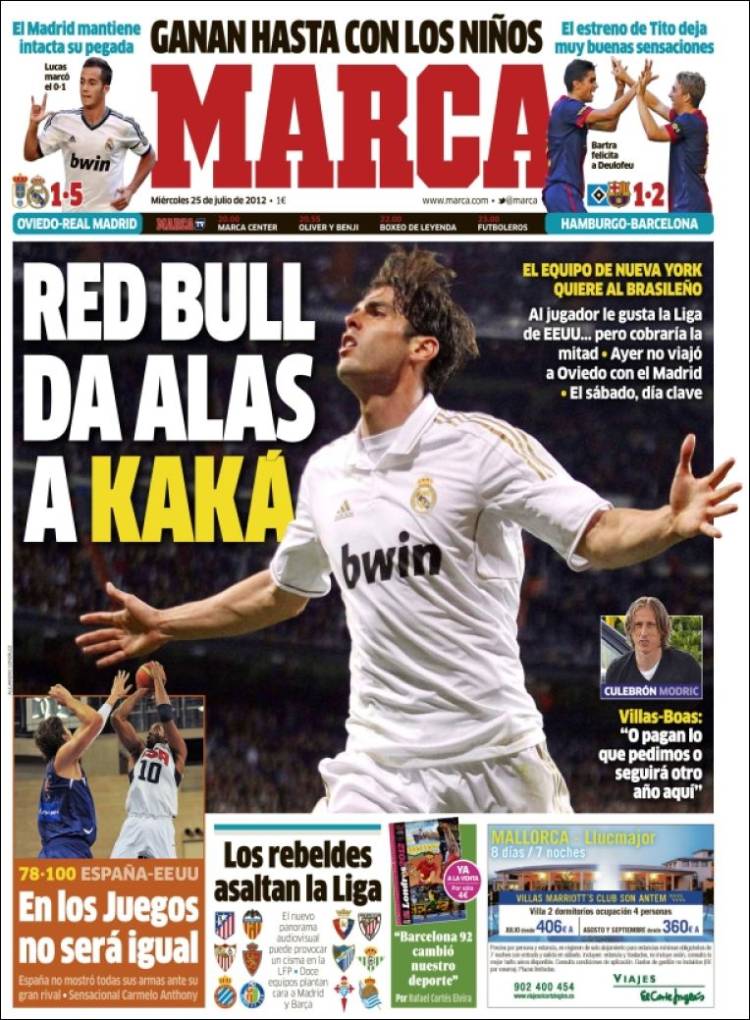 The player would like a move to the United States...but he would only earn half his present salary

He did not travel to Oviedo yesterday: Saturday, a crucial day

Villas-Boas: "Pay what we ask or he will stay here for another year"

The rebels take on La Liga: the new audiovisual terms could cause a split in the LFP

Twelve teams will stand up to Real Madrid and Barcelona 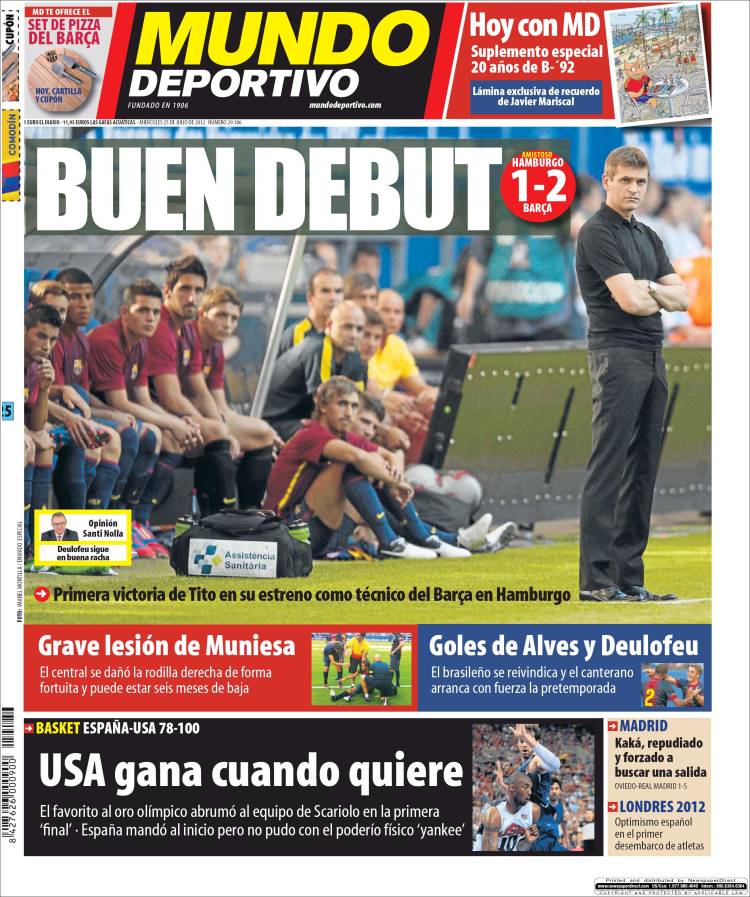 A good debut: victory for Tito in his first game as Barca Head Coach in Hamburg

Muniesa suffers serious injury: the central defender damages his right knee and could be out six months

Goals from Alves and Deulofeu: the Brazilian stakes his claim and the youngster begins the pre-season strongly

Kaka disowned and forced to seek an exit