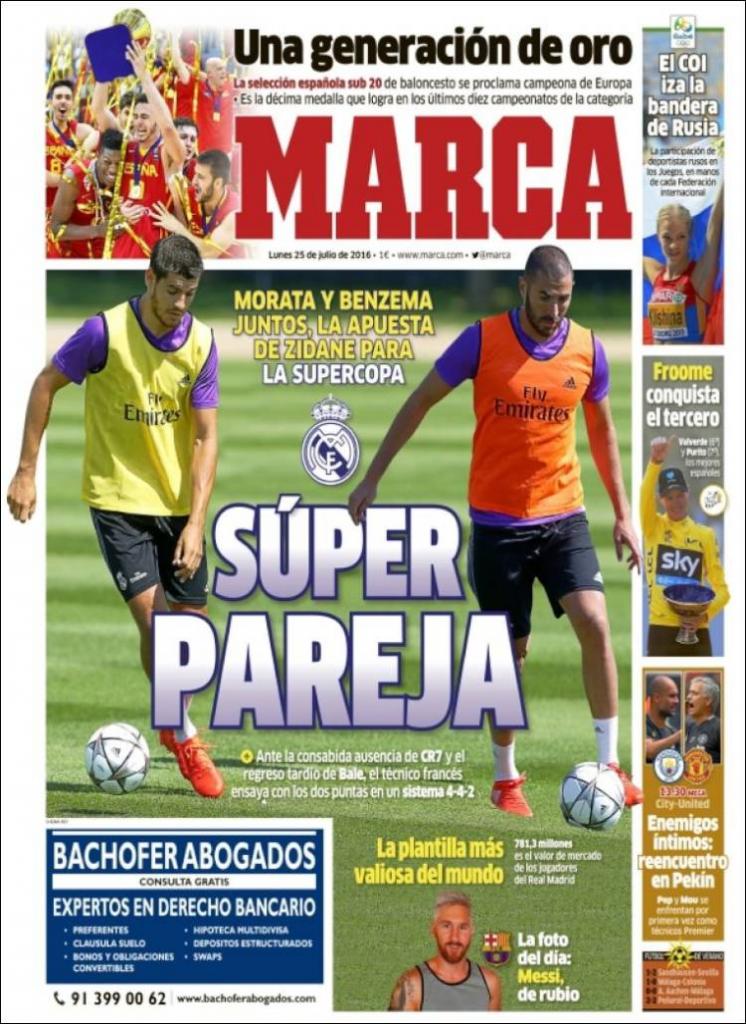 Morata and Benzema together, Zidane's gamble for the Supercopa

Given the well-known absence of CR7 and delayed return of Bale, the Frenchman tried out two strikers in a 4-4-2 formation

The most valuable squad in the world

€781.3m is the market value of Real Madrid's players

Photo of the day: Messi, blonde 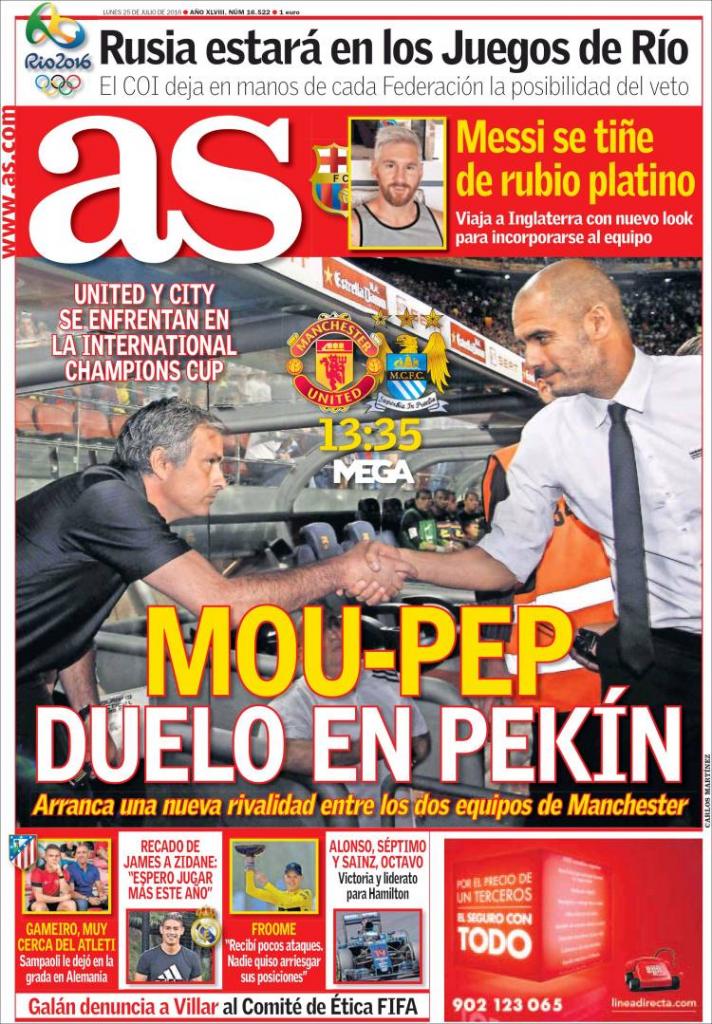 United and City face off in the International Champions Cup

They start a new rivalry with the two Manchester teams

Travels to England with a new look to join his team

Sampaoli left him in the stands in Germany

James' message to Zidane: "I hope to play more this year" 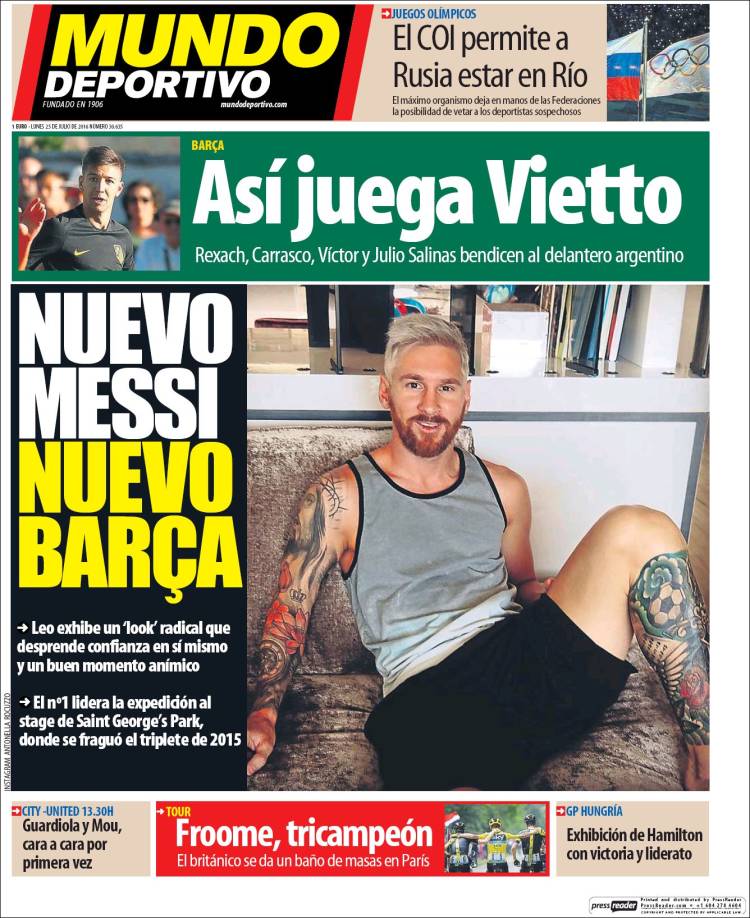 The No 1 leads the expedition to St. George's Park, where the treble of 2015 was forged

Rexach, Carrasco, Victor and Julio Salinas give the Argentine striker their blessings

Guardiola and Mou, face to face for the first time