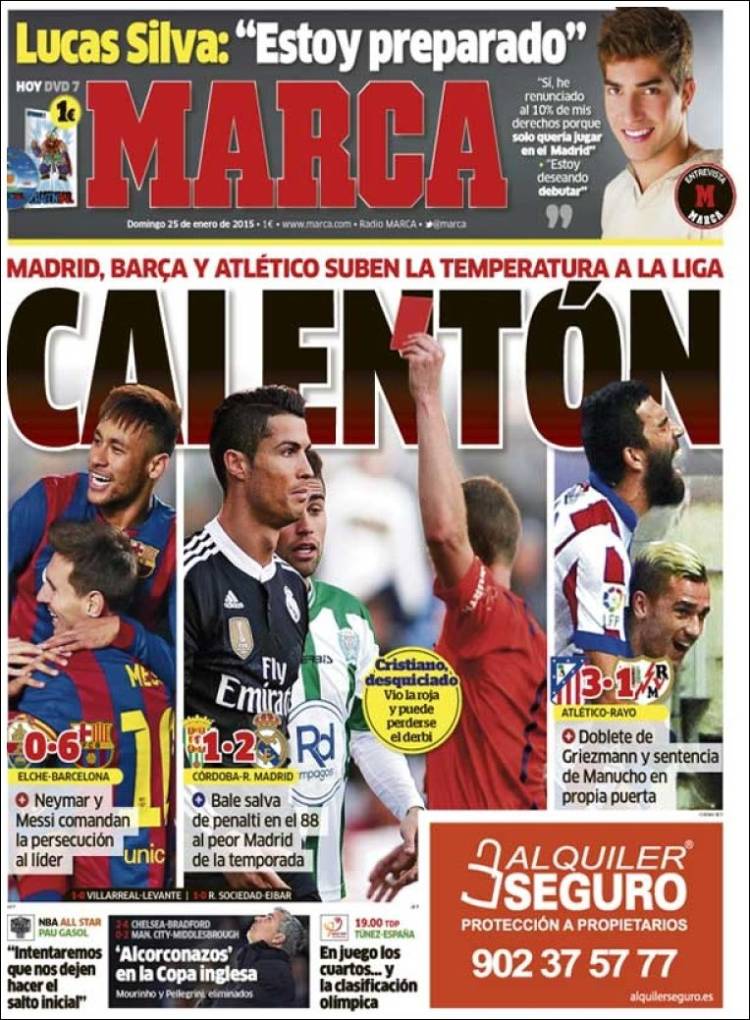 Madrid, Barca and Atletico up the temperature in La Liga

“Yes, I’ve given up 10 per cent of my rights because I only want to play for Madrid”

“I can’t wait to make my debut”

Cristiano goes mad: he sees red and could miss the derby

Neymar and Messi direct the pursuit of the leader

‘Alcorcon-like’ giant-killing in the English Cup: Mourinho and Pellegrini knocked out 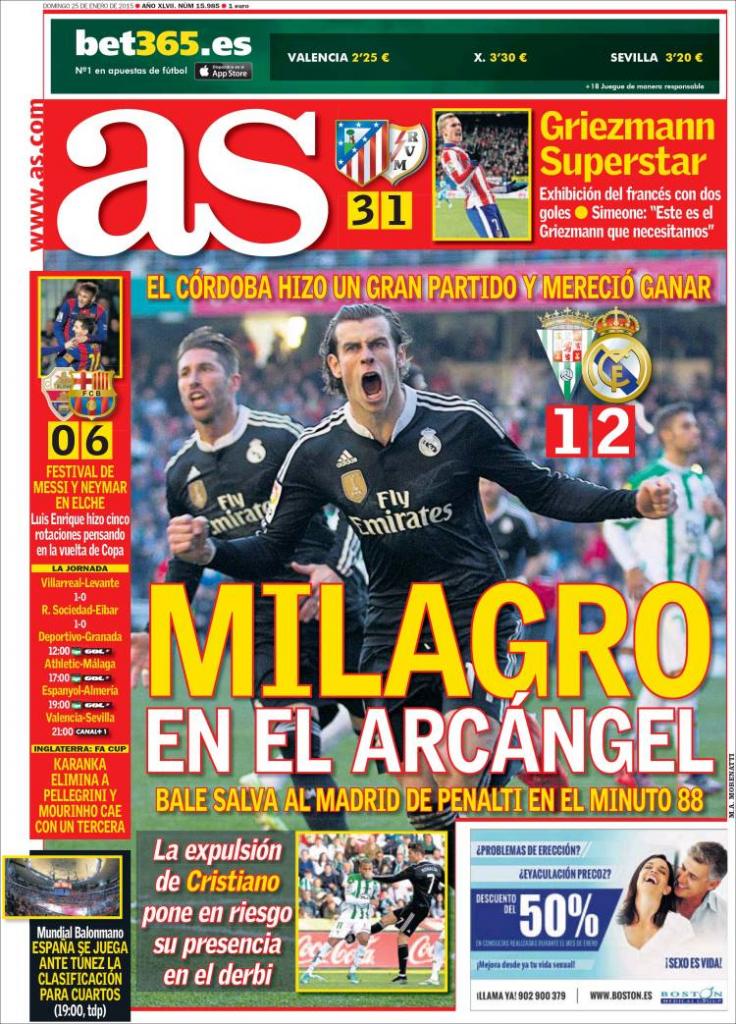 Miracle in the Arcangel

Cordoba play a great game and deserved to win

Griezmann superstar: an exhibition from the Frenchman with two goals

Simeone: “This is the Griezmann we need”

A festival from Messi and Neymar in Elche 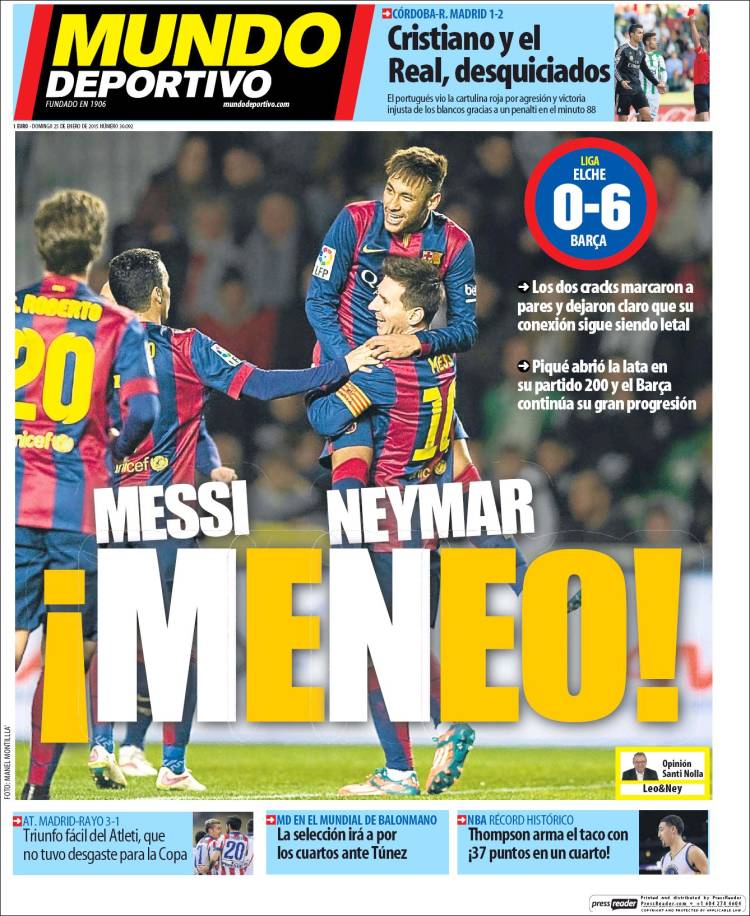 Messi, Neymar: the two stars score a couple and make it clear their understanding is total

Easy win for Atleti, who were not exhausted ahead of the Cup