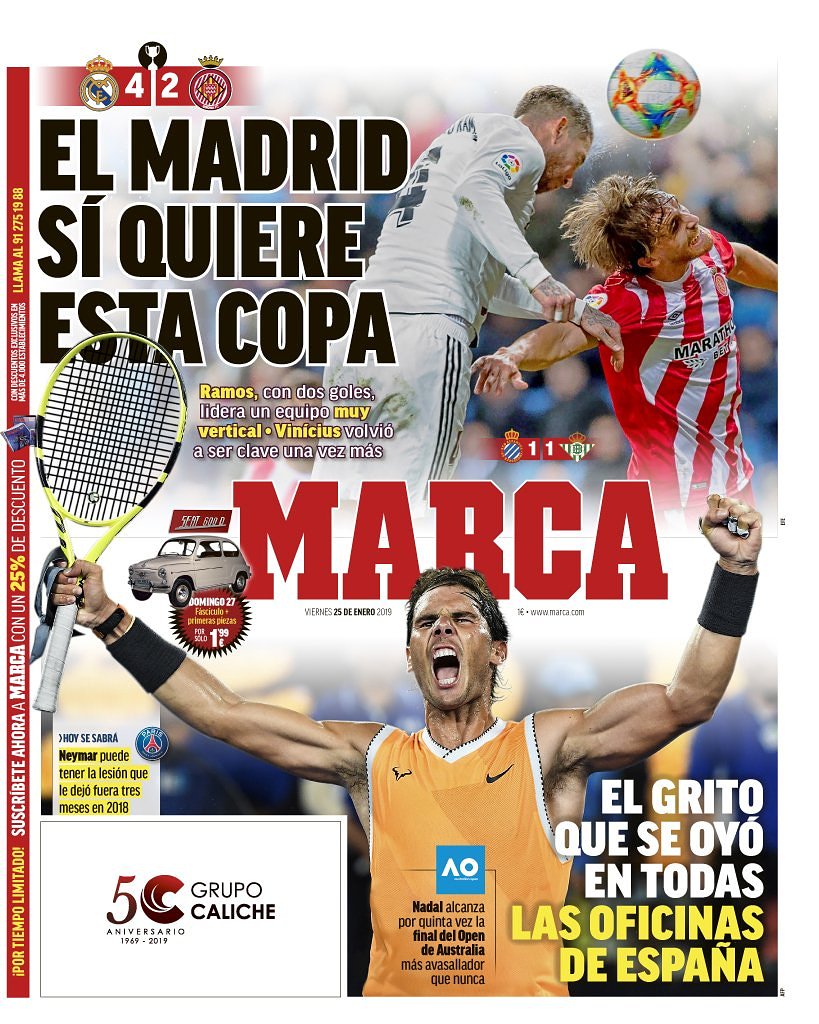 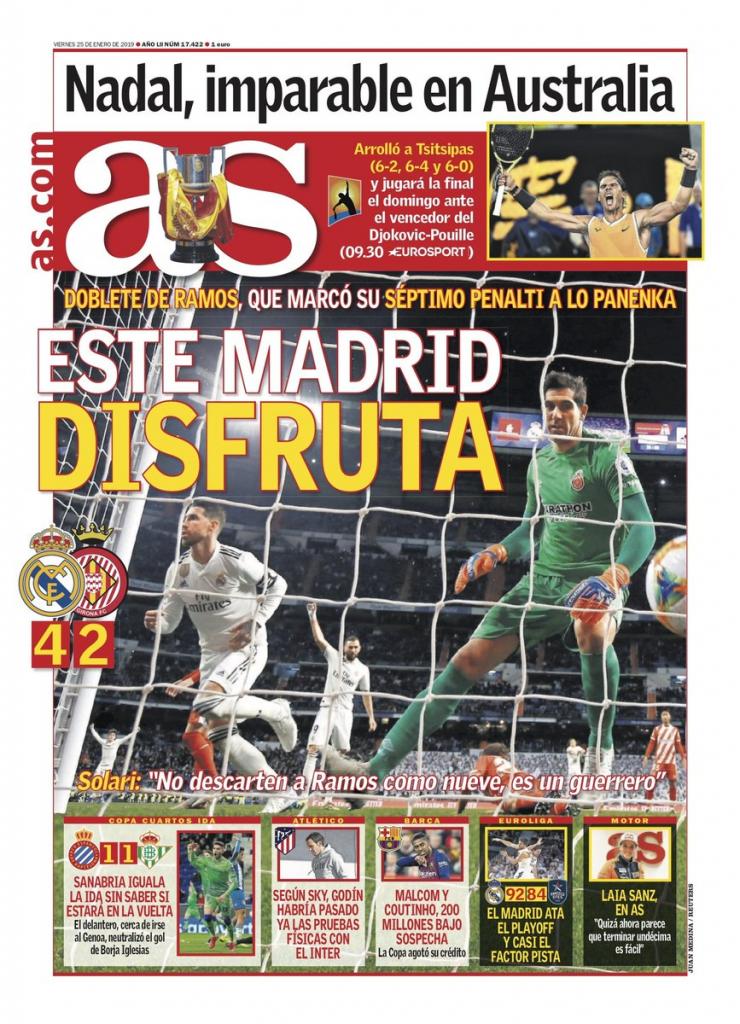 A double from Sergio Ramos including his seventh Panenka penalty

Solari: "Do not discount Ramos as a nine, he is a warrior"

According to Sky Sports, Godin has an agreement with Inter

Malcom and Coutinho, 200m under suspicion 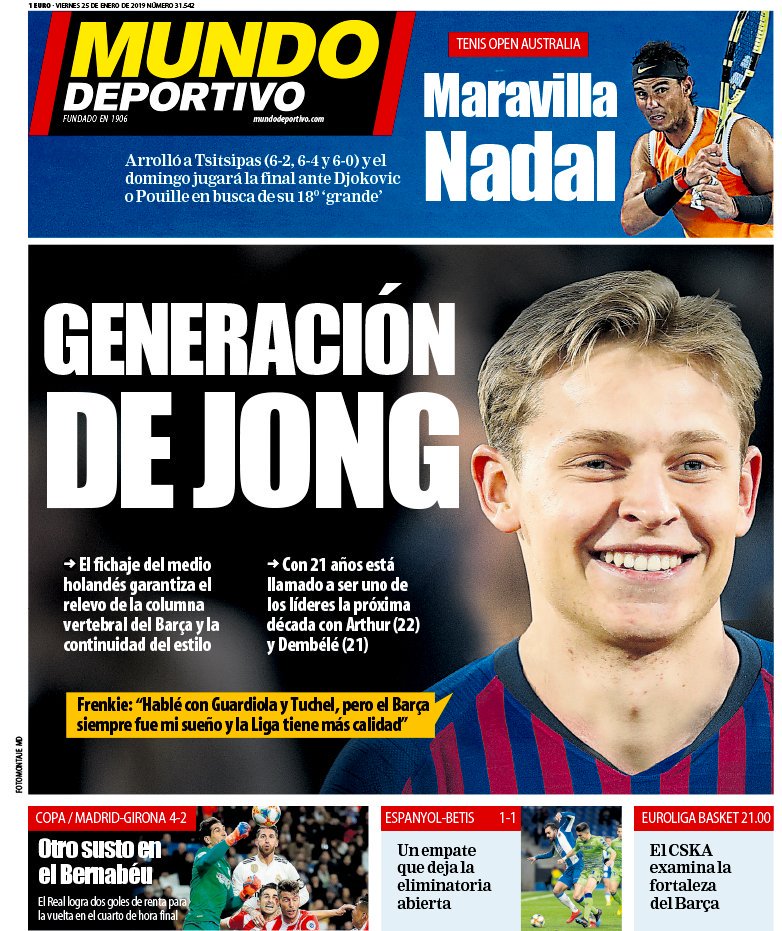 The signing of the Dutch midfielder guarantees the renewal of Barca's midfield in the same style, just 21, he can be a starter for the next decade alongside Arthur, Dembele

De Jong: "I spoke with Guardiola and Tuchel, but Barca always was my dream and La Liga has the most appeal"

Another scare in the Bernabeu

A draw that leaves elimination open