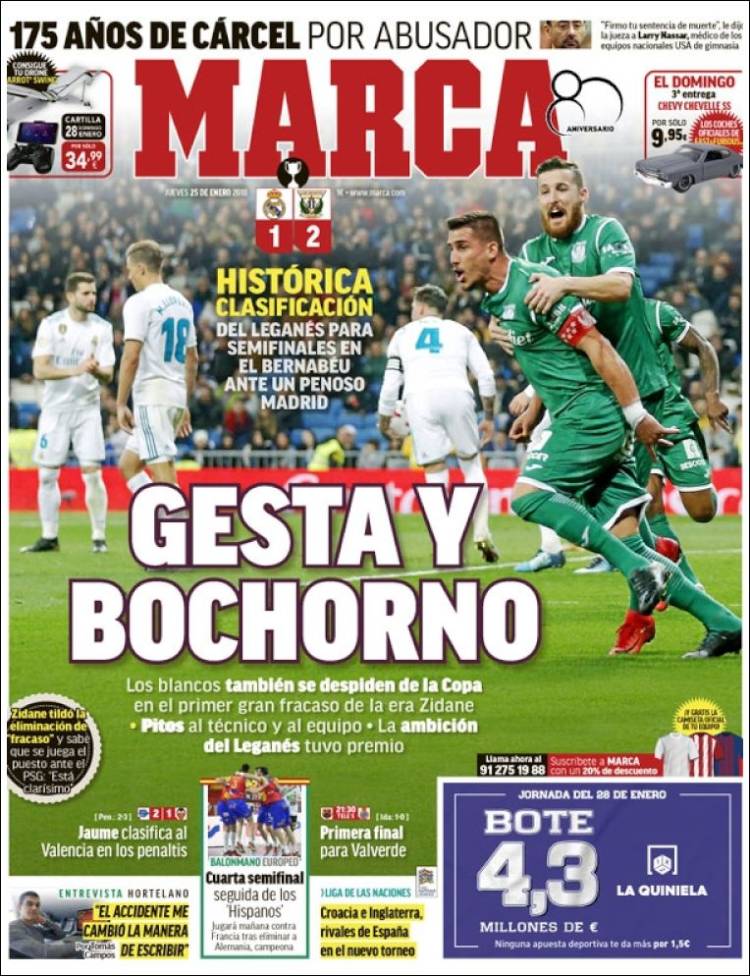 Madrid also must forget the Copa in their first real disaster in Zidane's era, whistles for the Coach and the team, Leganes's ambition rewarded

Zidane calls the game 'a failure' 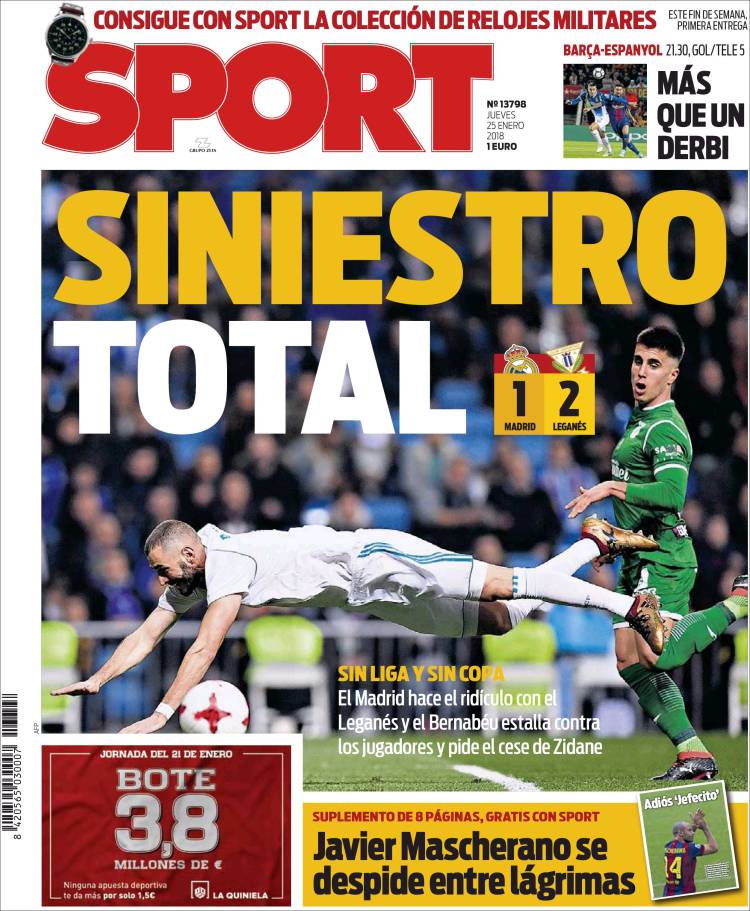 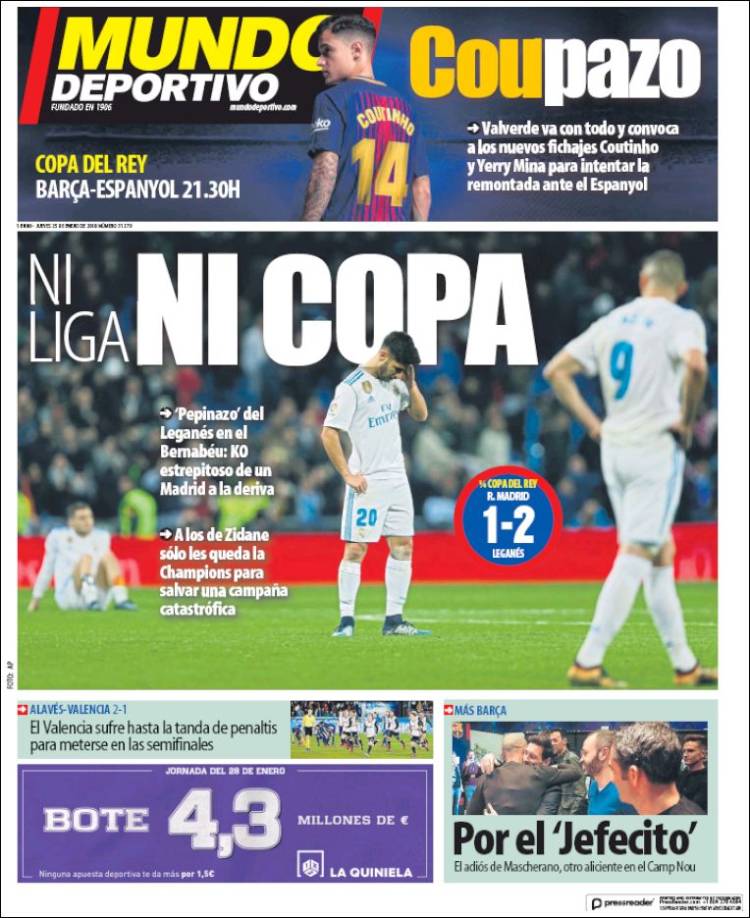 Neither league nor cup

Great Leganes victory in the Bernabeu, only the Champions League can salvage Madrid's disastrous campaign

Great Coutinho - Valverde to select full strength team against Espanyol, to include Coutinho and Mina in squad for potential comeback

Valencia suffer until penalties but make the semi-finals