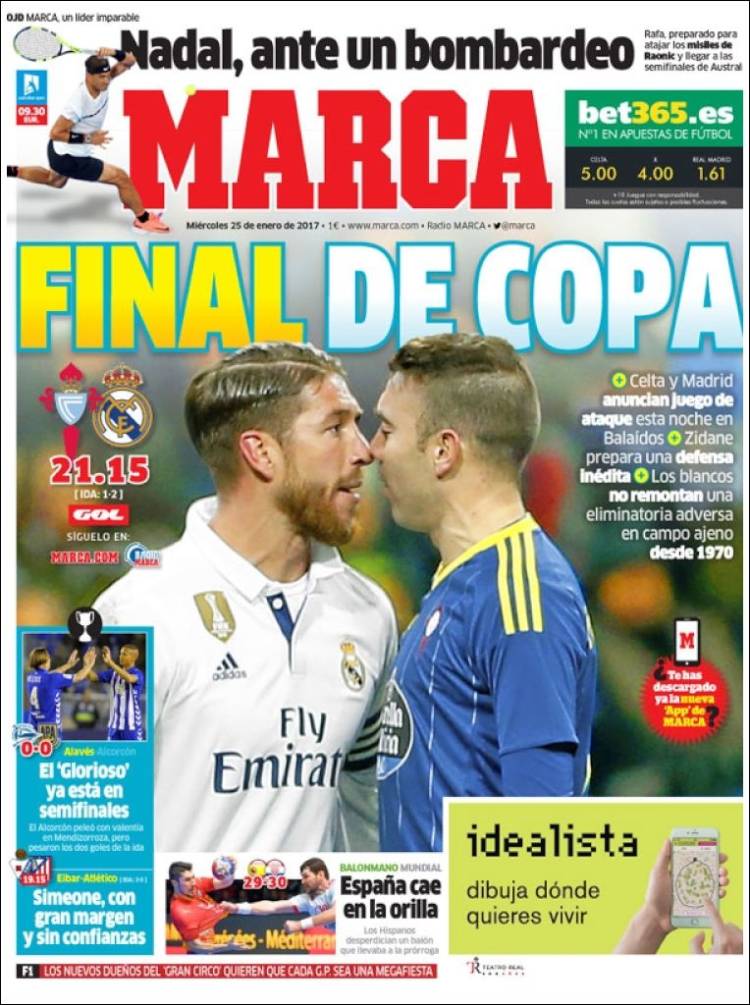 Madrid and Celta will both attack at Balaidos, Zidane prepares an unprecedented back 4, Madrid haven't come back from an away knockout leg deficit since 1970

Alaves qualify for the semi finals 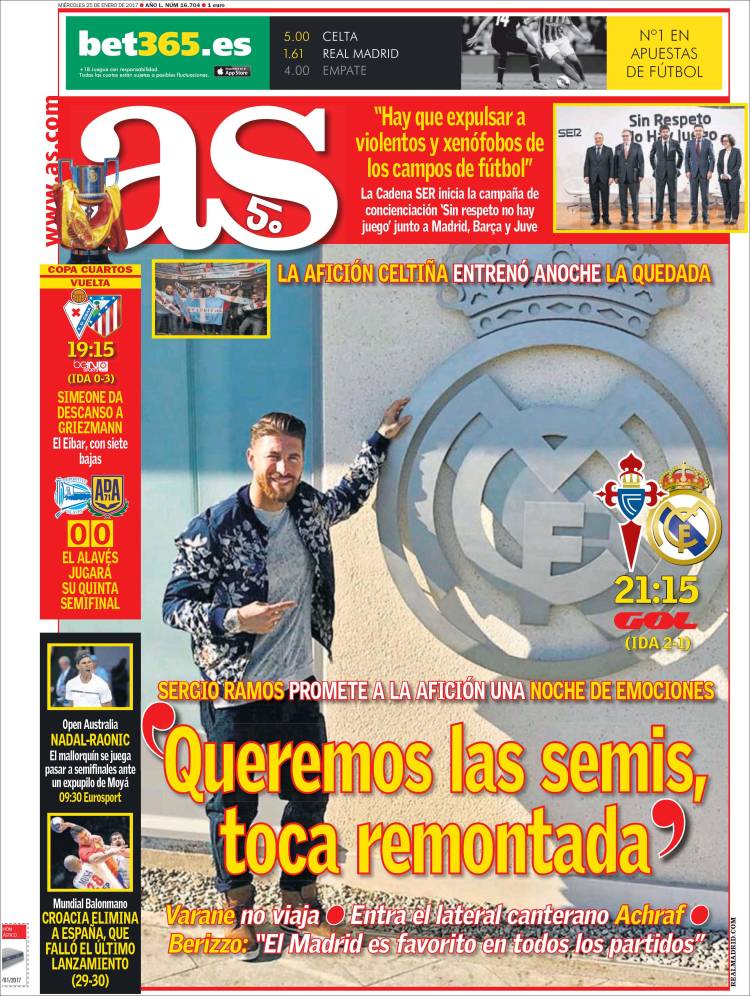 'We want the semis, play for a comeback'

Varane hasn't travelled, youth product Achraf is in the squad, Berizzo: 'Madrid are favourite in all their games'

'Expelling violence and xenophobia from football'

Alaves to play in semi finals 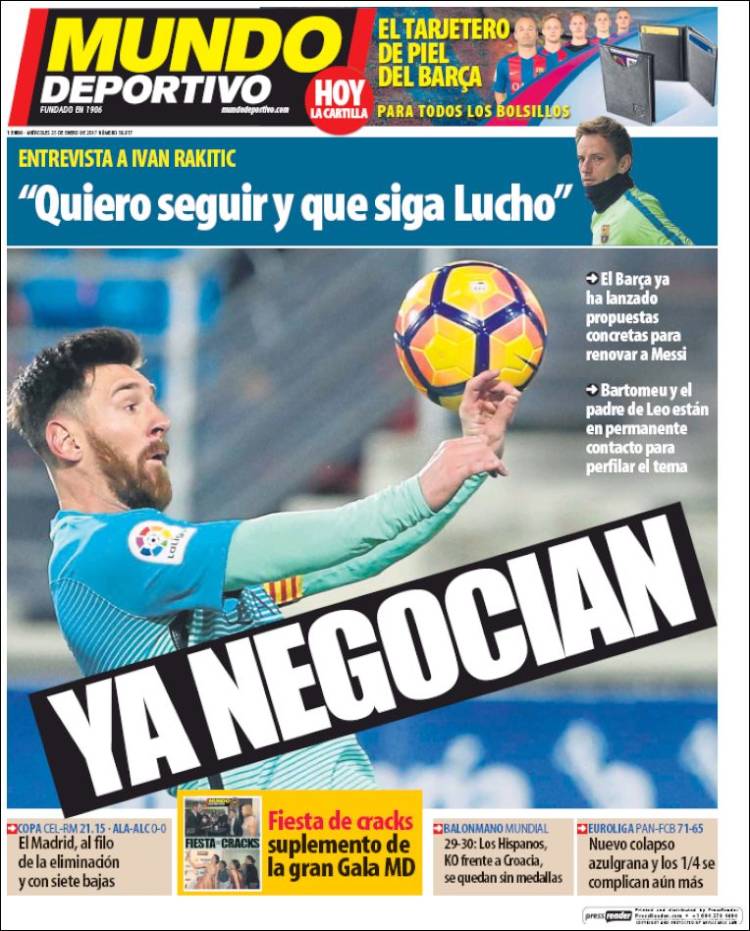 Barca have launched concrete proposals for a new Messi deal

'I want to renew and continue with Luis Enrique' - Rakitic

Madrid, on the edge of CDR elimination and with 6 injuries