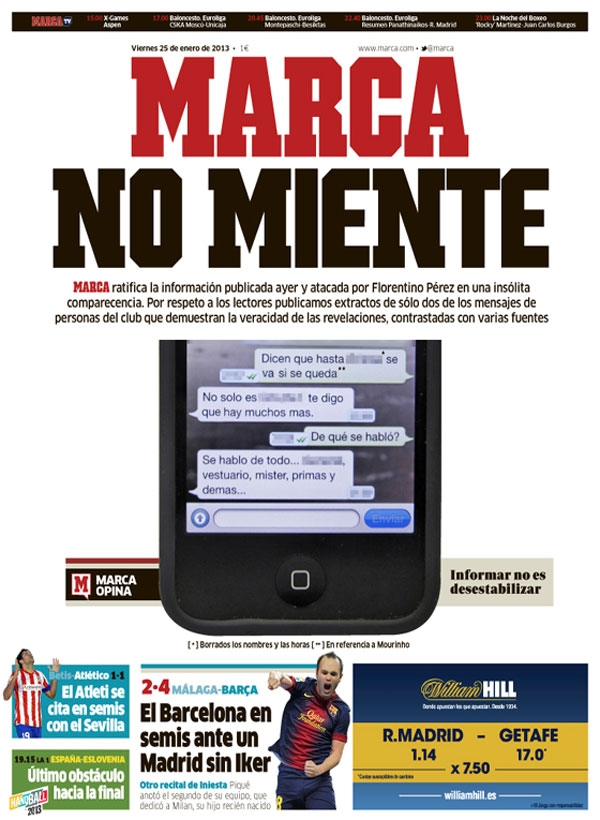 Marca does not lie

Marca ratify the information publicised yesterday and attack Florentino Perez for his unusual public appearance. Out of respect for our readers, we publish two messages of people from the club that show the veracity of the revelations, contrasted with various sources.

Betis 1-1 Atletico: Atleti book a place with Sevilla in the semis

Spain v Slovenia: The last obstacle before making the final

Malaga 2-4 Barcelona: Barcelona in the semis and play Iker-less Madrid

Another Iniesta recital: Pique scored the second of his team and dedicates it to Milan, his recently born son 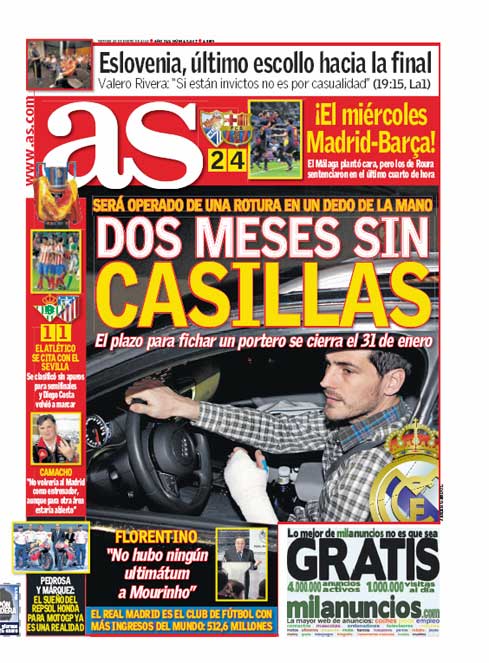 Casillas will be operated on his broken thumb

The deadline for signing a goalkeeper closes on the 31 January

Florentino: “They have not given me a Mourinho ultimatum”

Real Madrid is the club with the highest revenue in the world, €512.6 million

Malaga 2-4 Barcelona: Malaga put on a good show but Roura’s men are too much in the last quarter of an hour

Camacho: “I would not return to Real Madrid as coach, although I would be open to working in another capacity”

Pedrosa and Marquez: The dream of Repsol Honda for the MotoGP already is a reality 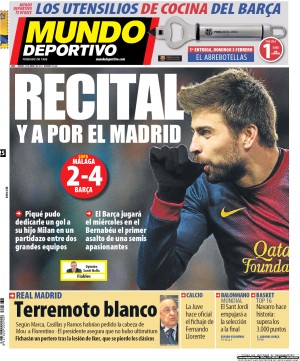 Pique was able to dedicate his goal to his son, Milan, a great game between two great teams

A white earthquake: Marca claim Casillas and Ramos had asked for the head of Mou to Florentino; the president has assured that there was no such ultimatum from the players

Calcio: Juventus make it official that they have signed Fernando Llorente

Handball world cup: Sant Jordi to push the Seleccion to the final