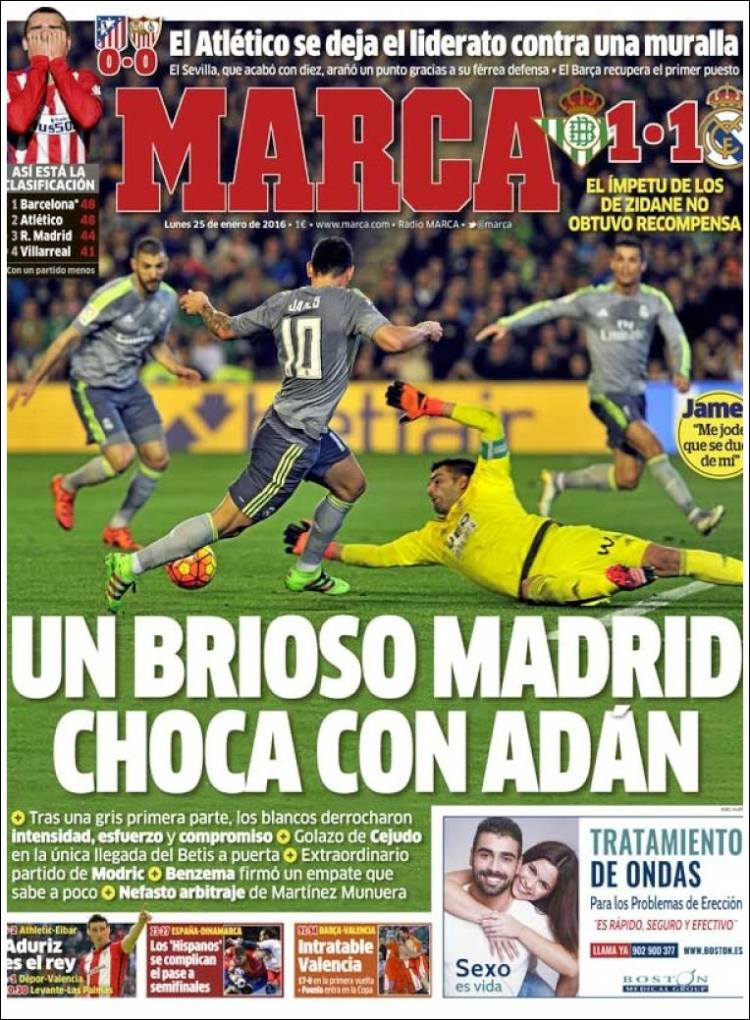 A spirited Madrid clash with Adan

The impetus of Zidane’s men get no reward

After a drab first half, Los Blancos squandered their intensity, effort and commitment

Cejudo scores from Betis’ only shot on goal

Atletico lose their lead against a wall

Sevilla, who finished with 10, earned a point thanks to their strong defence 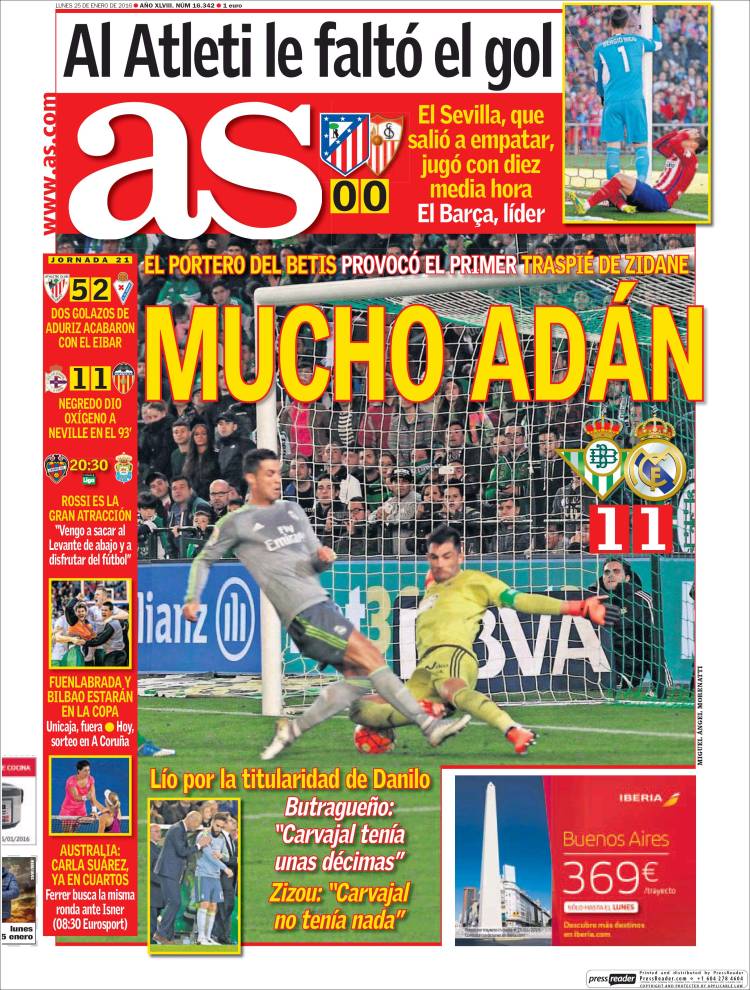 Mess made of Danilo’s inclusion

Butragueno: “Carvajal had a fever”

Zizou: “Carvajal had nothing”

Sevilla, who came for the draw, played with 10 for half an hour

Negredo gives Neville a lifeline in the 93rd minute

Rossi is the big attraction

“I come to help Levante and enjoy my football” 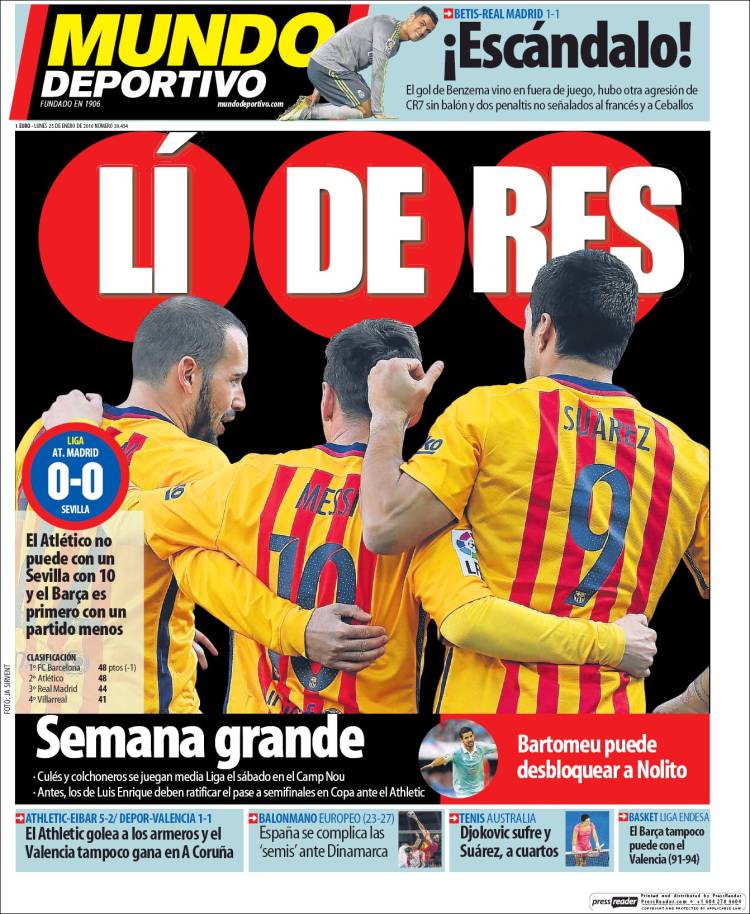 Athletic thrash Los Armeros, while Valencia pick up a point in A Coruna

Benzema’s goal was offside, while there was another assault from CR7 without the ball and two penalties not given to the Frenchman and Ceballos