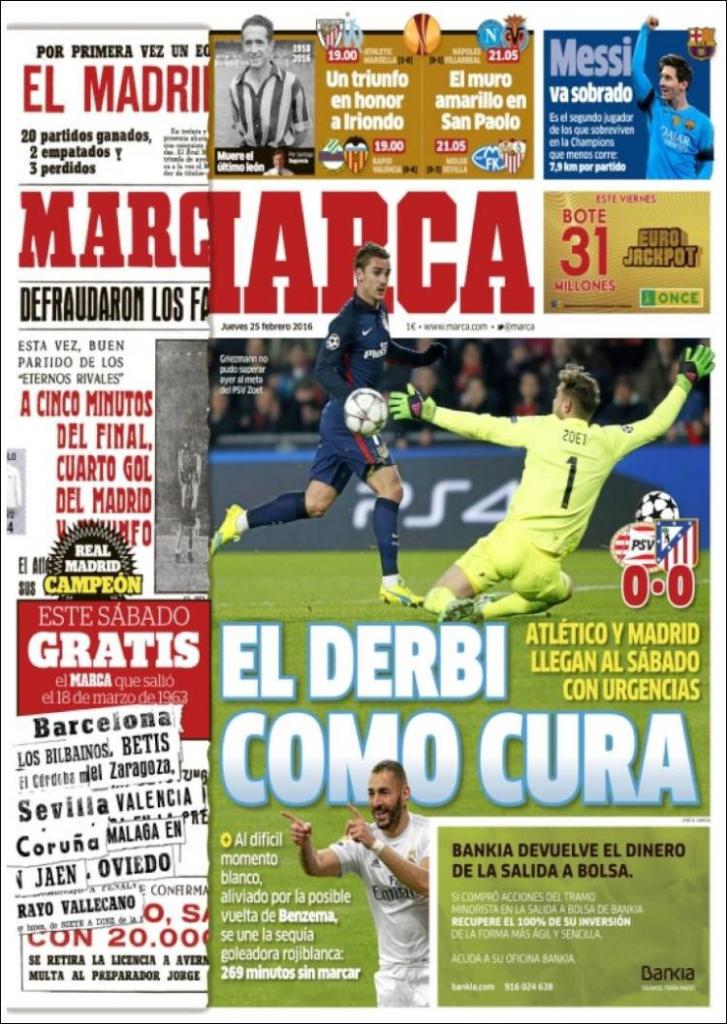 A win in honour of Iriondo

The yellow wall in San Paolo

He’s run the second least of any player who survives in the Champions League: 7.9km per game

The derby as a cure

The difficult Blanco moment, possibly relieved by the return of Benzema, joined by the Rojiblanca scoring drought: 269 minutes without scoring 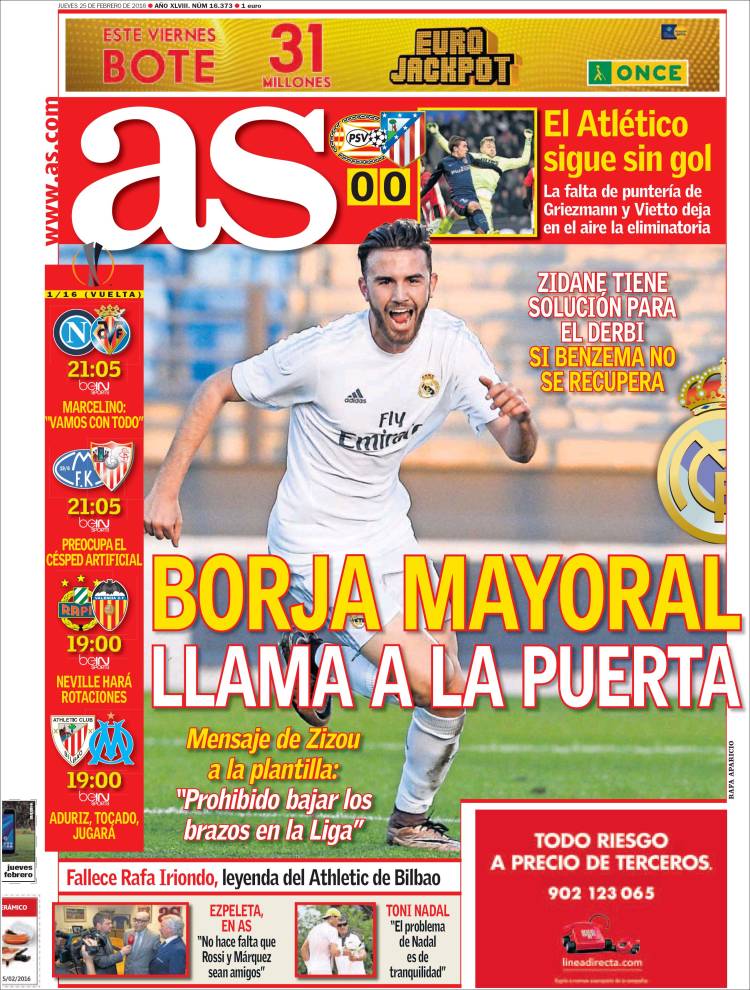 Atletico continues without a goal

Borja Mayoral knocks at the door

Message from Zizou to the squad: “Forbidden to drop arms in the League”

Marcelino: ‘Go with everything’

Concerned by the artificial pitch 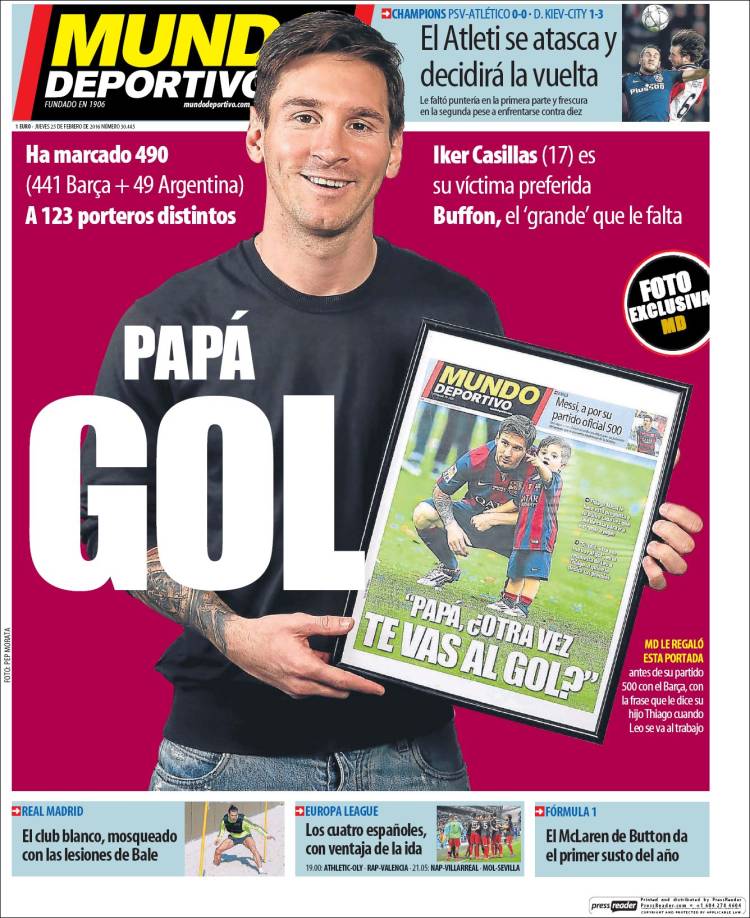 Atleti gets stuck and the return will decide

Iker Casillas (17) is his preferred victim

MD gave him this cover before his 500th game with Barca, with the phrase he tells his son Thiago when he goes away to work

The four Spanish teams, with the advantages of the first leg