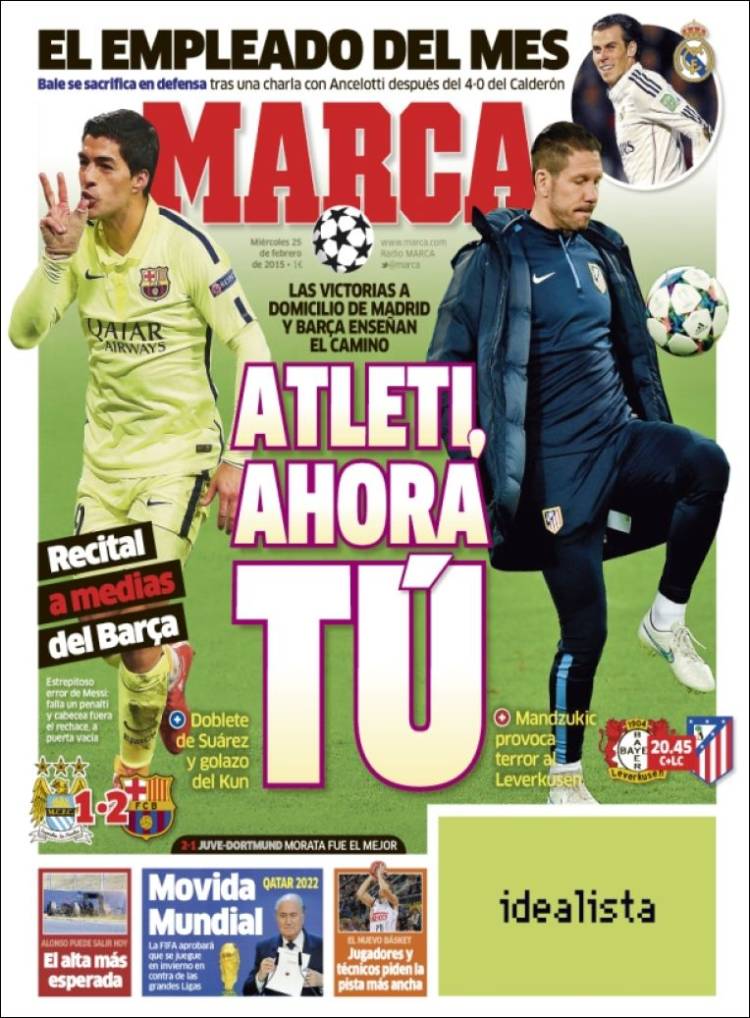 Away wins for Madrid and Barca show the way

Half a show for Barca

Double from Suarez and a Kun golazo

Employee of the month 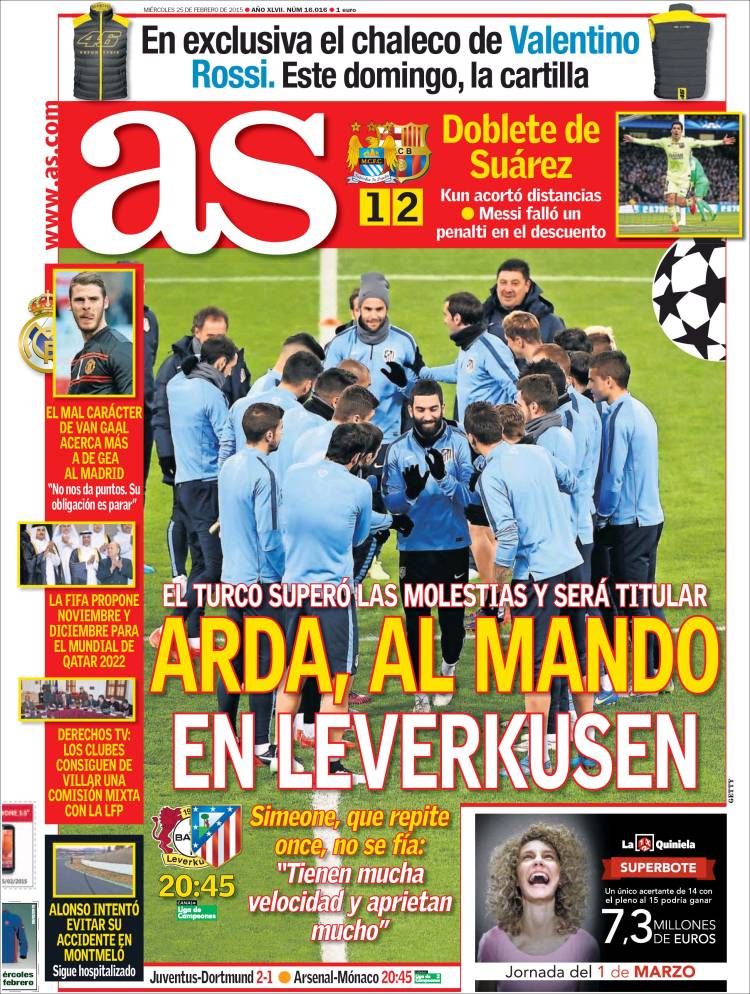 Arda, in command at Leverkusen

The Turk recovers from his discomfort and will start

Simeone, who repeats the XI, doesn’t trust: “They have a lot of pace and press a lot”

Kun pulled one back

“He doesn’t win us points. His obligation is to save”

The clubs get a joint commission with Villar and the LFP 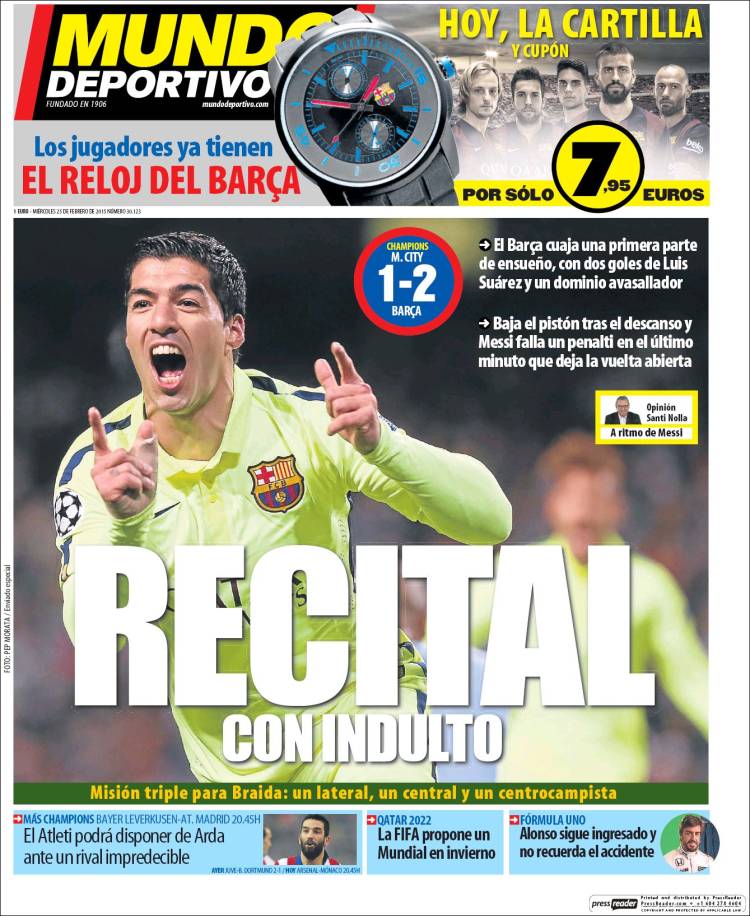 The first half’s a dream for Barca, with two Luis Suarez goals and overwhelming dominance

Triple mission for Braida: a full-back, a centre-back and a midfielder

Atleti could have Arda against an unpredictable opponent