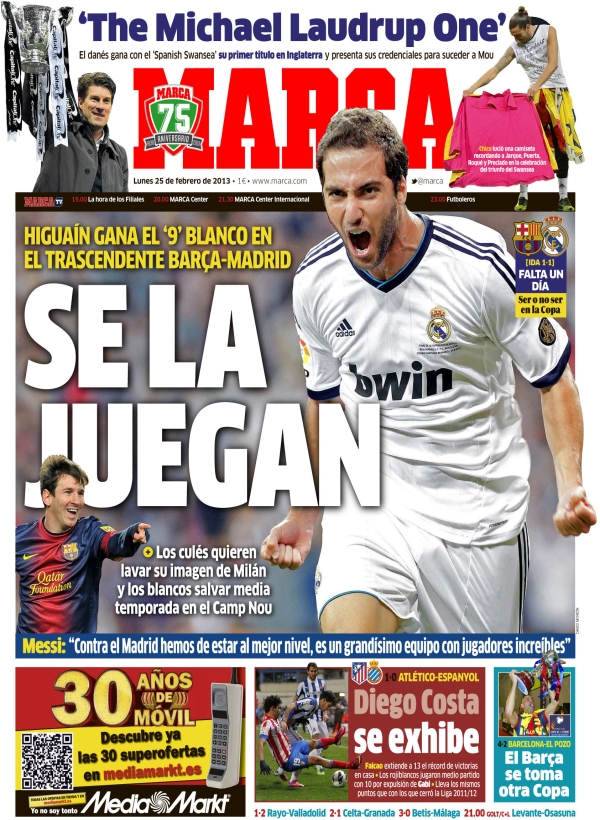 They will play for it

Messi: "Against Madrid we have to be at our best, they are a great team with incredible players"

'The Michael Laudrup One;

The Dane wins with his 'Spanish Swansea', his first title in England and presents his credentials to replace Mourinho 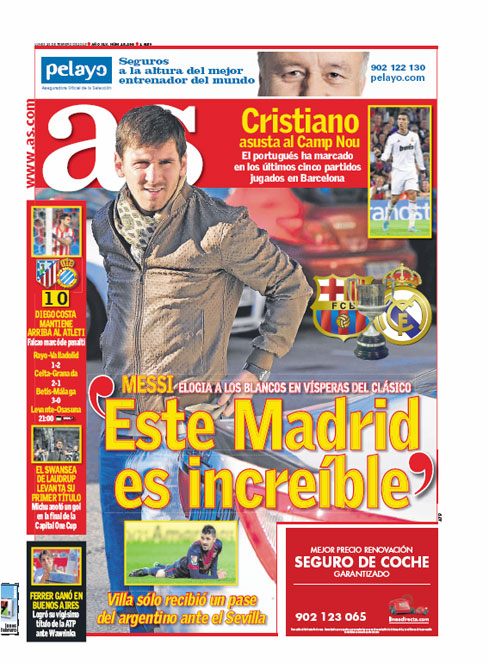 Messi eulogises Madrid on the eve of the Clasico

"This Madrid are incredible"

Villa only received one pass from the Argentine against Sevilla

The Portuguese has scored in the last five games against Barcelona 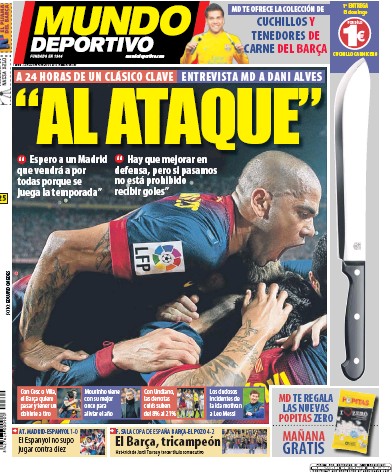 Dani Alves: "I expect Madrid will bring everything to the game as they play for their season"

"We have to improve defensively, but, it is not prohibited receiving goals"

With Cecs or Villa, Barca want to progress and go for the double

With Undiano, defeats to the Cules have risen from 8 per cent to 21 per cent

Atletico Madrid 1-0 Espanyol: Espanyol do not know how to play against ten