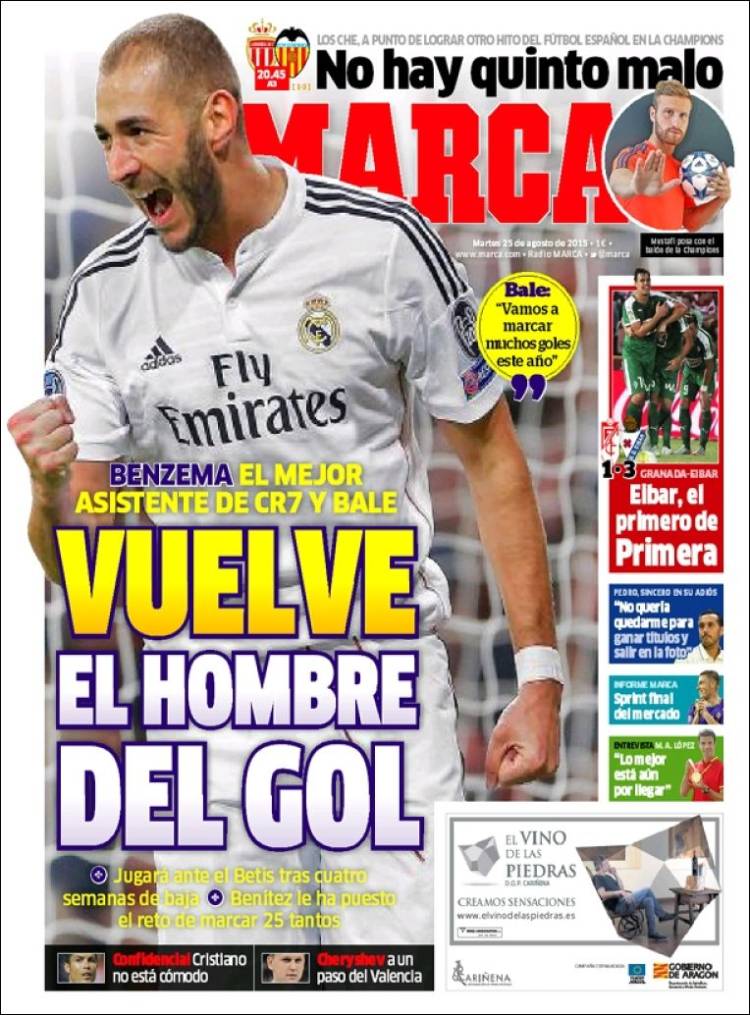 The best assistor of CR7 and Bale

Plays against Betis after four weeks out

Bale: We are going to score a lot of goals this year

Cheryshev a step from Valencia

Los Che, on the verge of completing another milestone for Spanish football in the Champions League

There is no bad fifth

Eibar, first in the Primera

Pedro, sincere in his goodbye 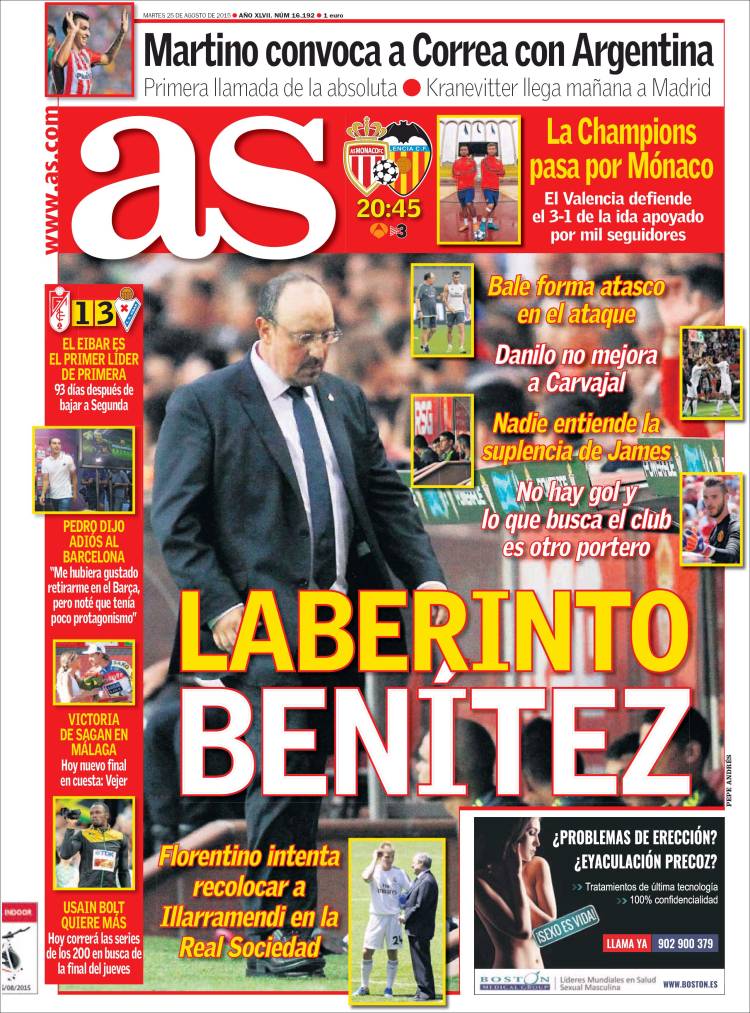 Bale forms a jam in attack

Danilo is no improvement on Carvajal

Nobody understands James as the substitute

First call to the senior team

The Champions League passes by for Monaco

Valencia defend the 3-1 from the first leg supported by 1,000 followers

Eibar are the first leaders of the Primera

93 days after they were relegated to the Segunda 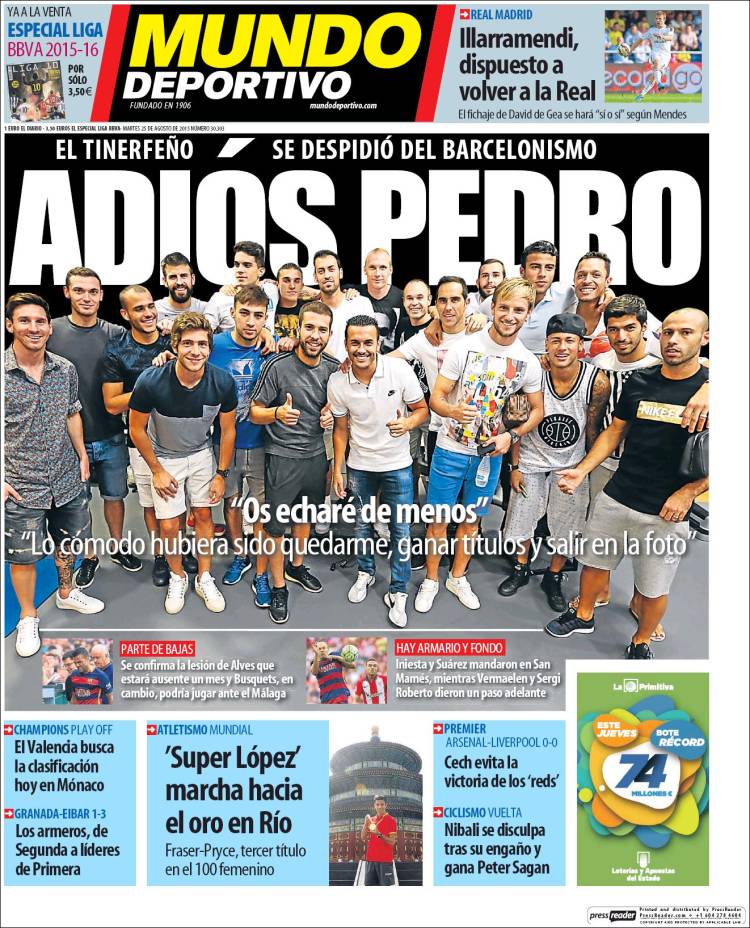 The man from Tenerife says farewell to ‘Barcelonismo’

“I will miss you”

“The comfortable thing would have been to stay, win trophies and just go out for the picture”

It’s confirmed Alves’ injury will mean a one month absence and Busquets, on the other hand, could play against Malaga

There is the team and the background

Iniesta and Suarez were in charge at San Mames, while Vermaelen and Sergi Roberto took a step forward

Los Armeros, from the Segunda to leaders of the Primera

Cech prevents the victory for the Reds