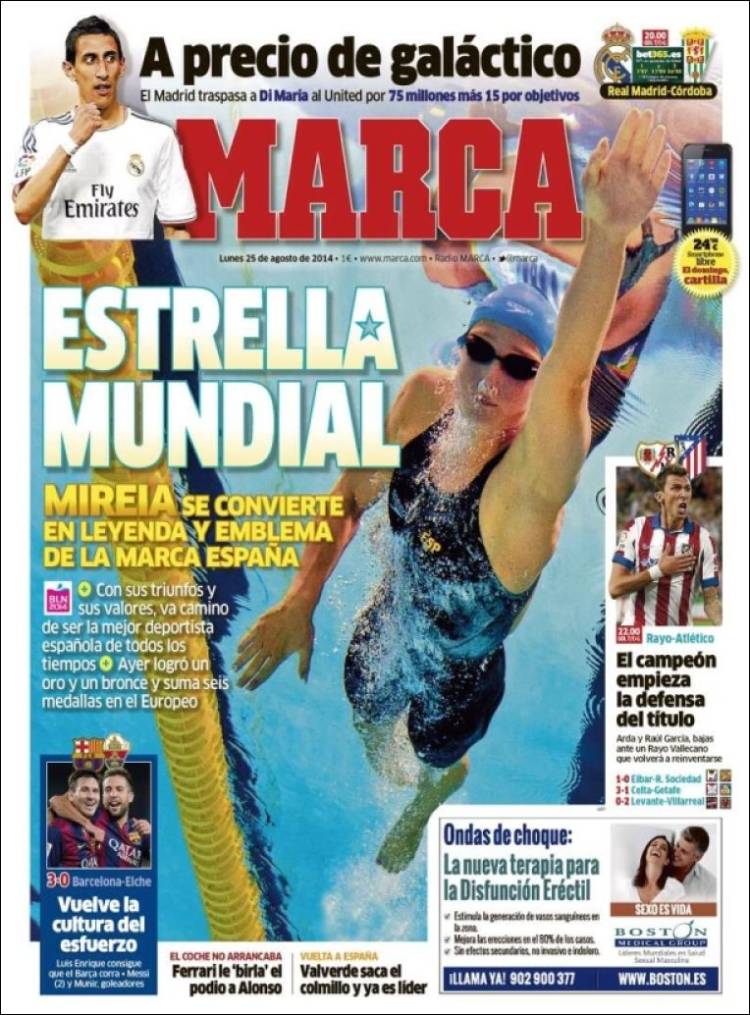 The price of a Galactico

Return of the culture of effort

Luis Enrique gets the boat to run - Messi (2) and Munir, goal scorers

The champions start the defence of their title 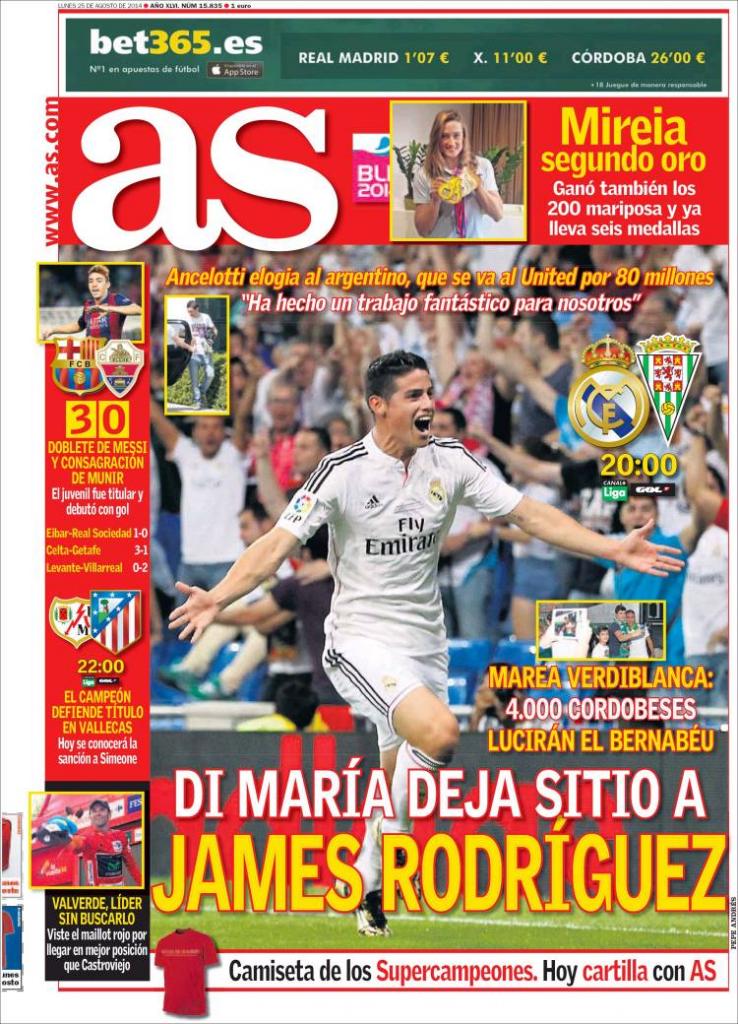 Ancelotti commends the Argentine, who is joining United for €80m

‘He has done a fantastic job for us’

Double for Messi and the consecration of Munir

The champions defend the title in Vallecas 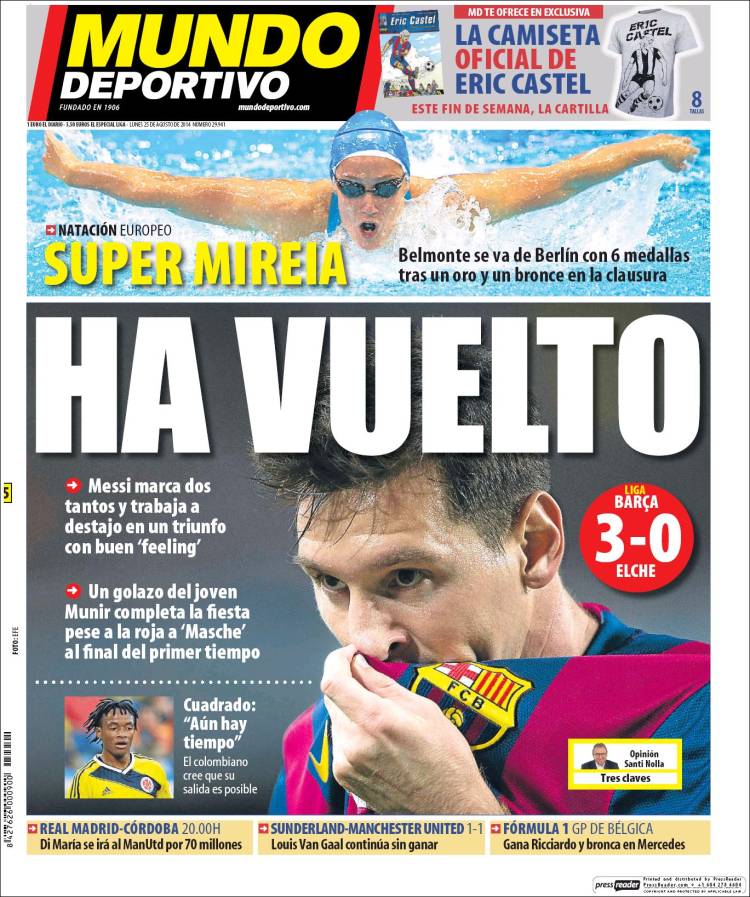 Cuadrado: ‘There is still time’