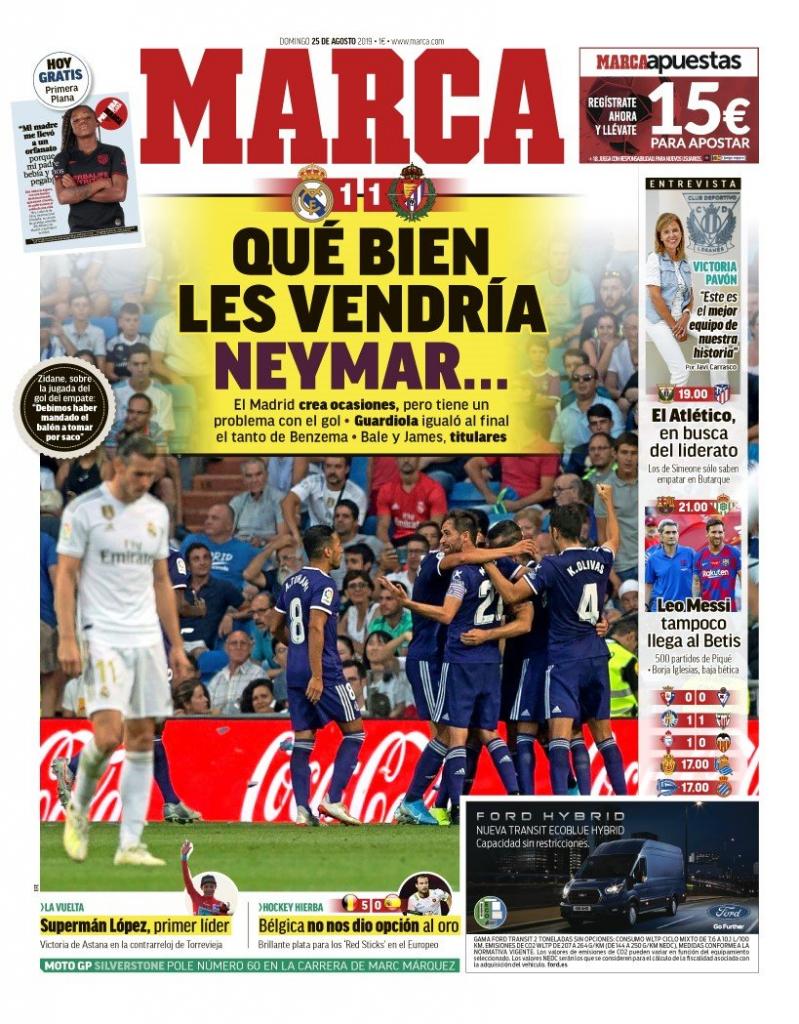 REAL MADRID: Neymar would have been good... Real Madrid have issues in front of goal, with their draw against Real Valladolid highlighting the problems in attack.

REAL MADRID: Zinedine Zidane is unhappy with conceding a late equaliser against Sergio Gonzalez's side, criticising his defenders for not clearing the ball.

FC BARCELONA: Lionel Messi will not play against Real Betis, as Gerard Pique is set to make his 500th appearance for the club, but Borja Iglesias is out injured for the visitors. 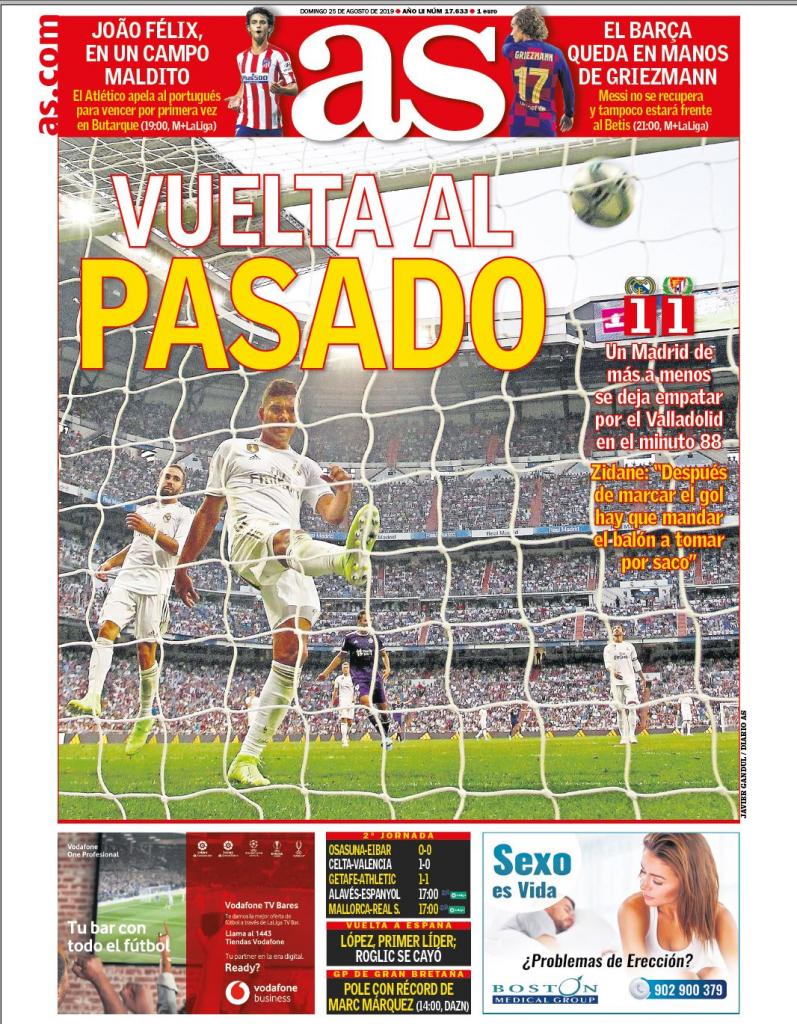 REAL MADRID: Back To The Past - Real Madrid drop off in the last ten minutes against Real Valladolid and conceded an 89th minute equaliser.

REAL MADRID: Zinedine Zidane criticises his defenders for not clearing the ball in the lead up to the equaliser.

FC BARCELONA: Barcelona is in the hands of Griezmann - Lionel Messi has been ruled out of their clash with Real Betis later today. 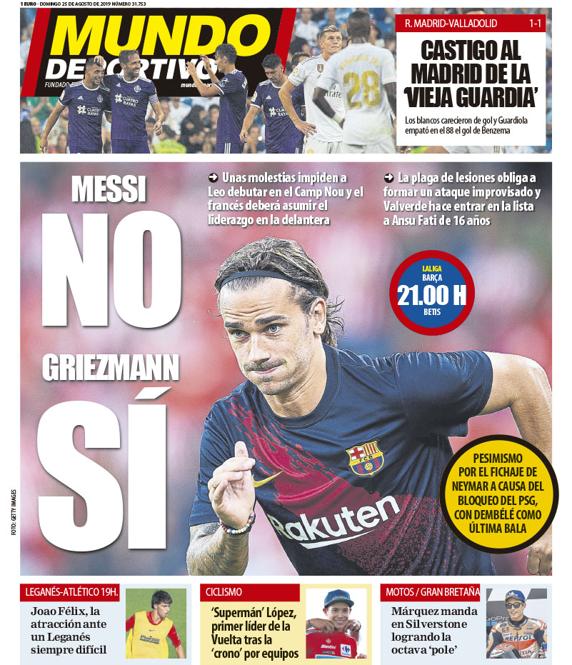 FC BARCELONA: Messi NO/Griezmann YES - Lionel Messi will miss tonight's game with Real Betis, and the focus will be on French international Antoine Griezmann to lead the attack.

FC BARCELONA: Ernesto Valverde is without Messi, Luis Suarez and Ousmane Dembele due to injury, and he will be forced in improvise in his attack. The former Athletic Bilbao boss has also included 16-year old Ansu Fati in the squad.