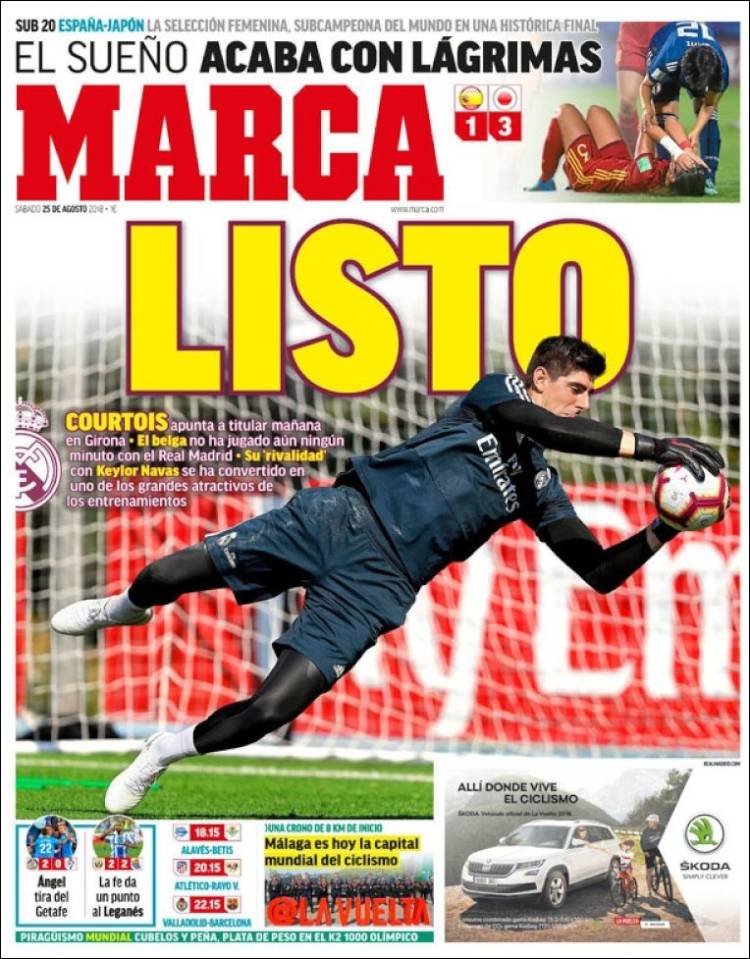 Spain's women, U20 World Cup runners-up in a historic final

The dream ends in tears 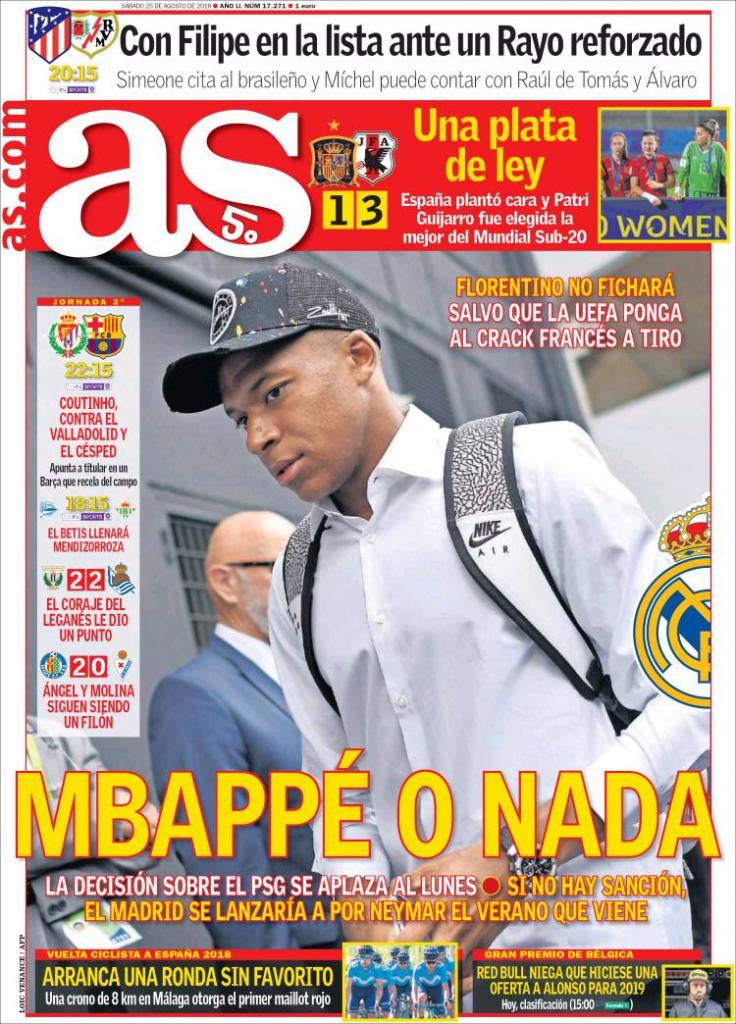 Filipe in the squad against a reinforced Rayo

The decision on PSG is scheduled for Monday

If there is no punishment, Madrid will go back in for Neymar next summer

Coutinho against Valladolid - and their pitch

Betis to take over Mendizorroza

Leganes' bravery gives them a point 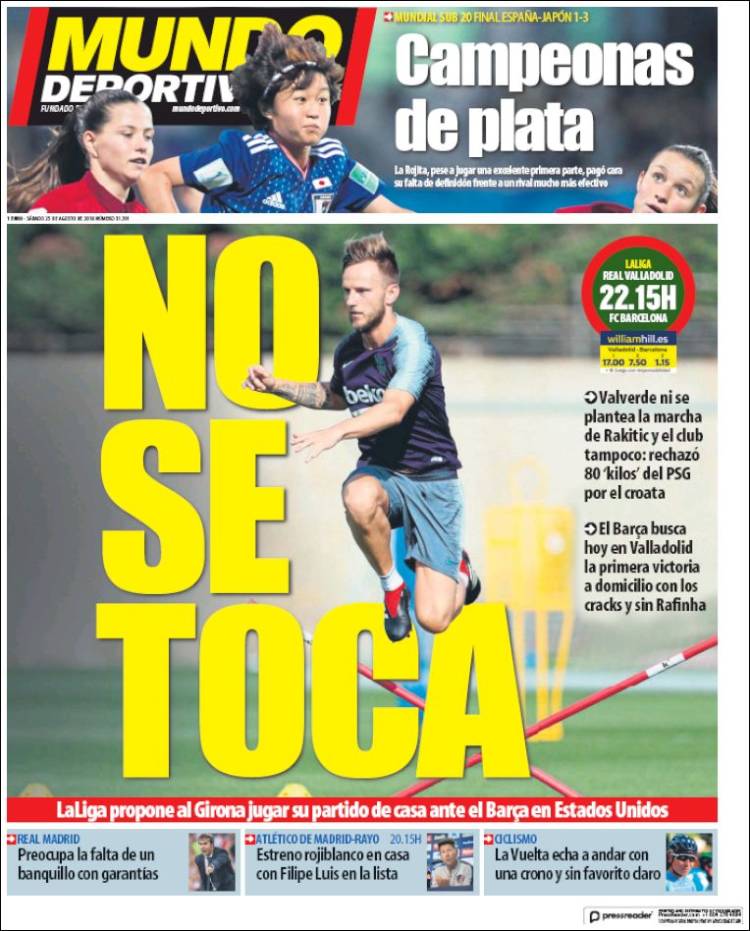 Neither Valverde nor the club plan to sell Rakitic: they reject 80m from PSG for the Croatian

Worries over a bench with a lack of guarantees

Rojiblanco debut at home, with Filipe Luis in the squad