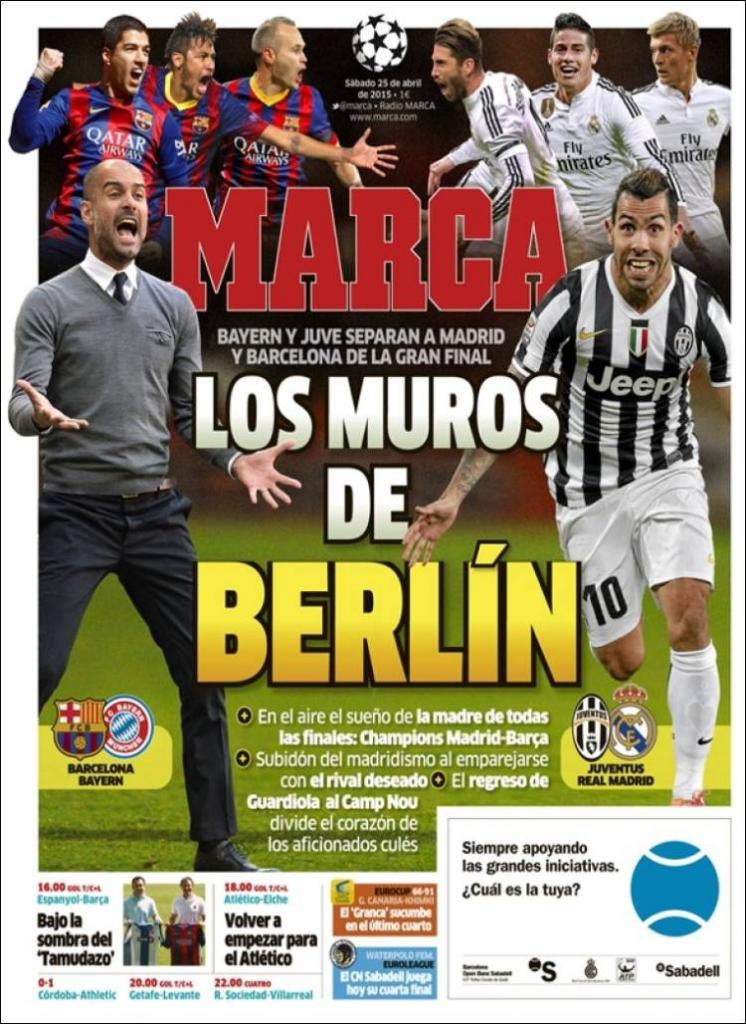 Bayern and Juve separate Madrid and Barca from a great final

The dream of the mother of all finals is up in the air: Champions League Madrid-Barca

Madridismo on a high after being paired with their desired opponent

Under the shade of ‘Tamudazo’ 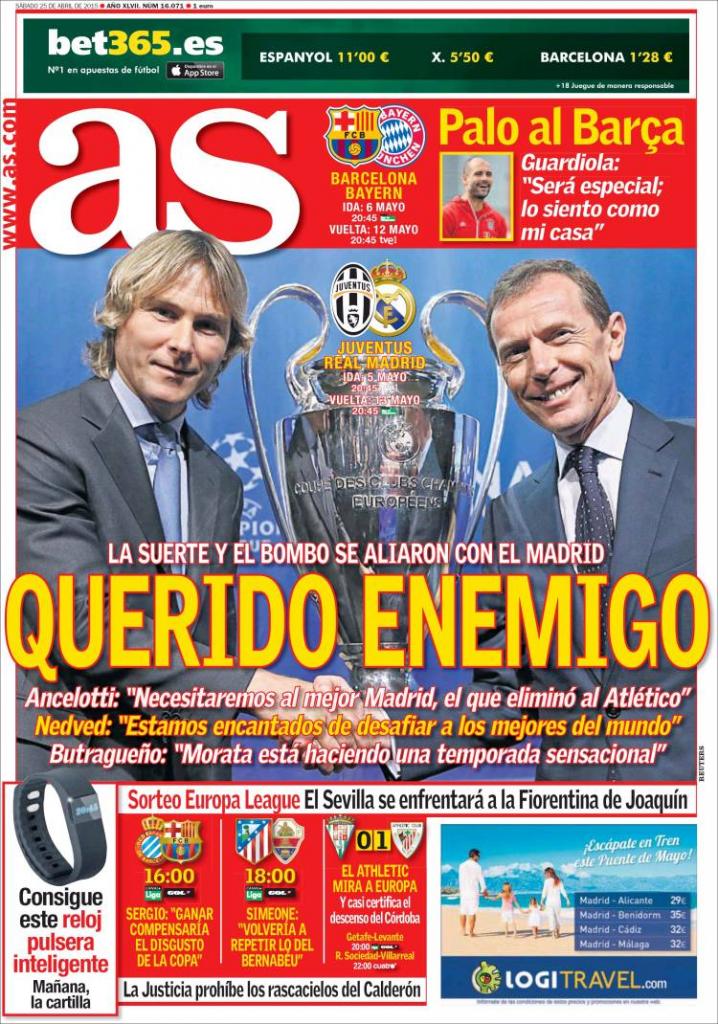 The luck and the draw pair them with Madrid

Ancelotti: “We’ll need the best Madrid, the one that knocked Atletico out”

Nedved: “We are delighted to be facing the best in the world”

Butragueno: “Morata is having a sensational season”

A stick for Barca

Guardiola: “It will be special: it feels like my home”

Sergio: “Winning would make up for the disappointment of the Cup”

Simeone: “I’d do the same again as I did at the Bernabeu”

Athletic look towards Europe... and almost certainly send Cordoba down 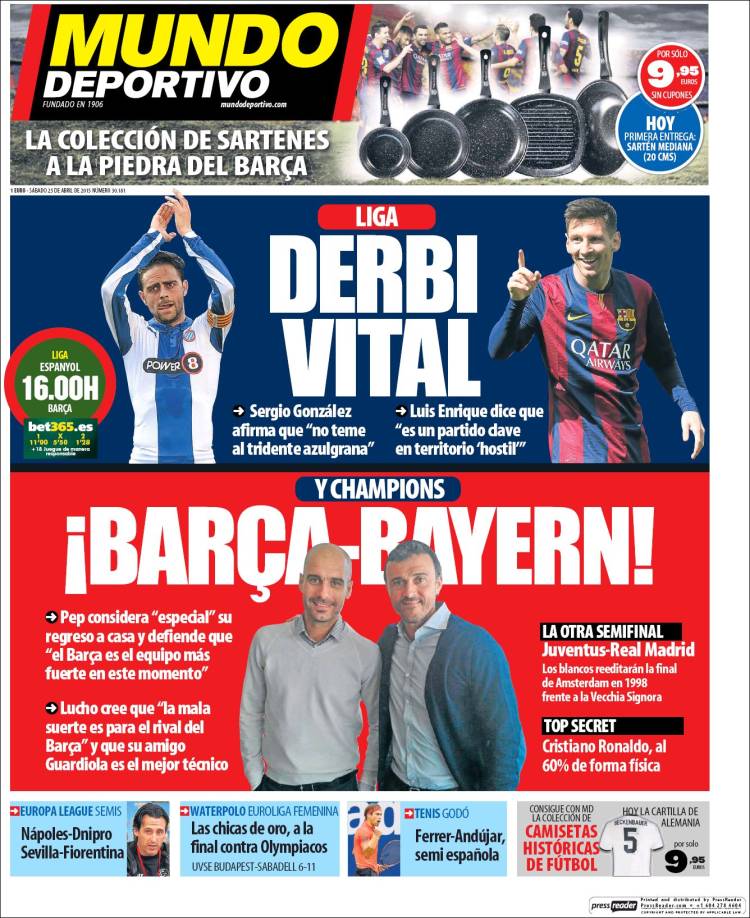 Sergio Gonzalez claims that ‘he doesn’t fear the Blaugrana trident’

Luis Enrique says ‘it is a key match on hostile territory’

The other semi-final: Juventus-Real Madrid. Los Blancos replay the 1998 Amsterdam final against the Old Lady

Top Secret: Cristiano Ronaldo at 60 per cent of his physical capacity