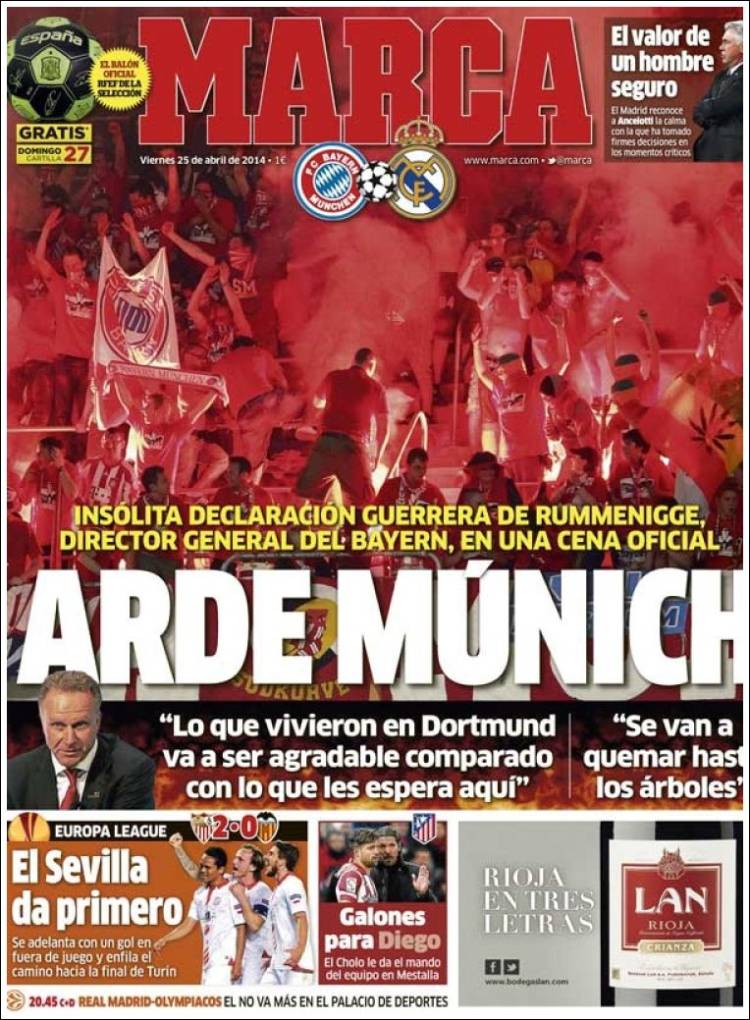 Declaration of war from Rummenigge, Bayern's director, at an official dinner

"They will burn everything"

Diego given orders: El Cholo to give him the lead role at the Mestalla

The value of a man sure of himself 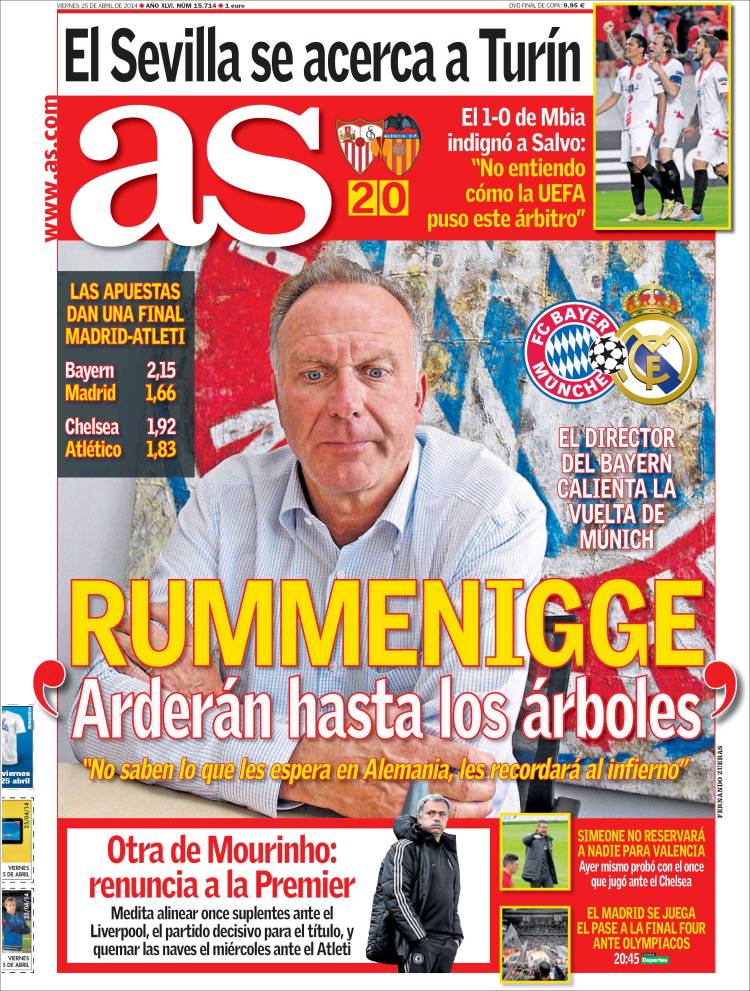 "They will burn everything," Rummenigge

"They do not know what waits for them in Germany, it will remind them of hell"

Sevilla closing in on Turin

M'Bia's goals enrages Salvo: "I do not understand how UEFA chose this referee"

Simeone is not reserving anyone for the trip to Mestalla

Yesterday he tested out the same eleven that played against Chelsea

Madrid playing for a place in the final four

Another one from Mourinho; he gives up on the League 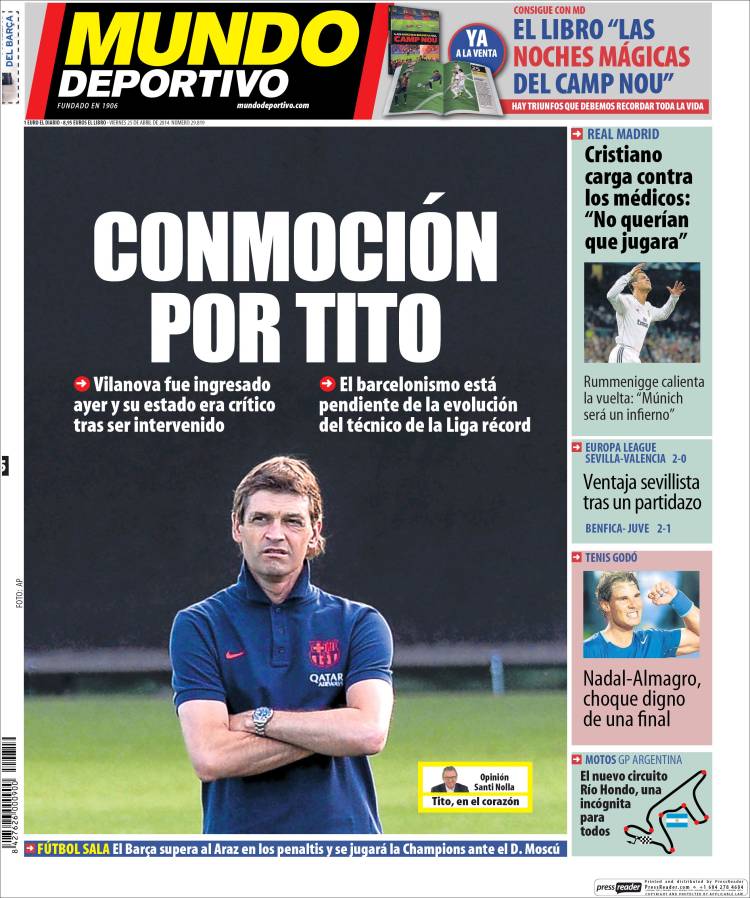 All of Barcelona is hoping for a change in his condition

Cristiano goes against medical advice: "They did not want me to play"

Rummenigge spices up the return leg: "Munich will be a hell"

Advantage Sevilla after a great game

Nadal and Almagro meet in the final