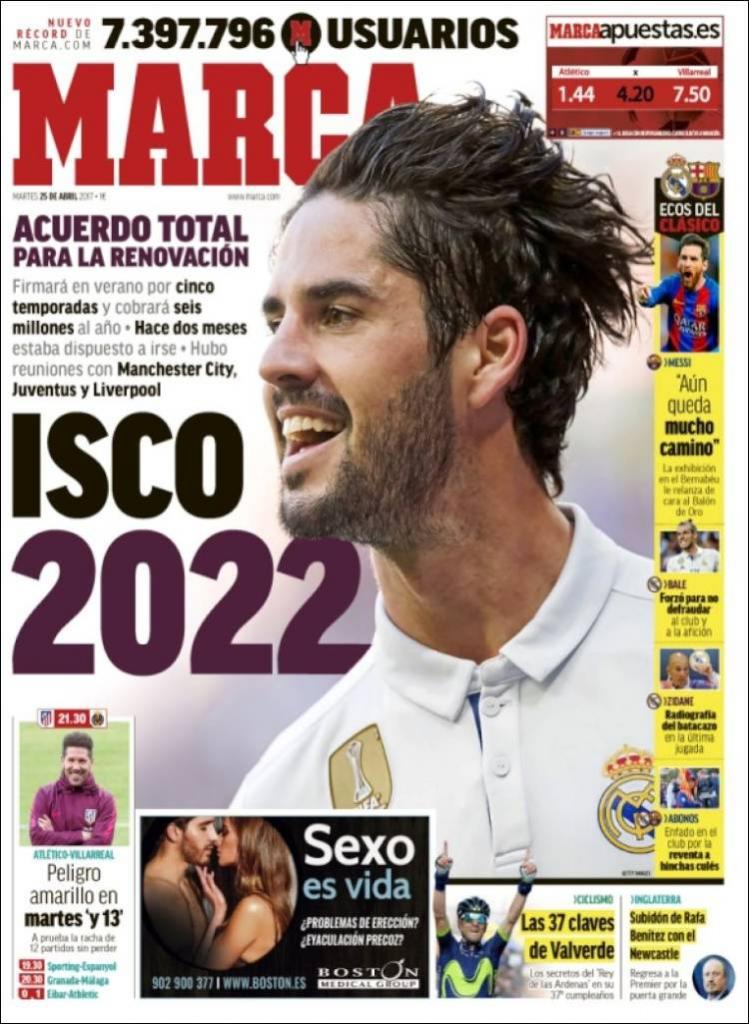 Total agreement for renewal - to sign this summer for five seasons and 6m Euros a year, he was willing to leave, there was talks with Liverpool, Man City and Juventus 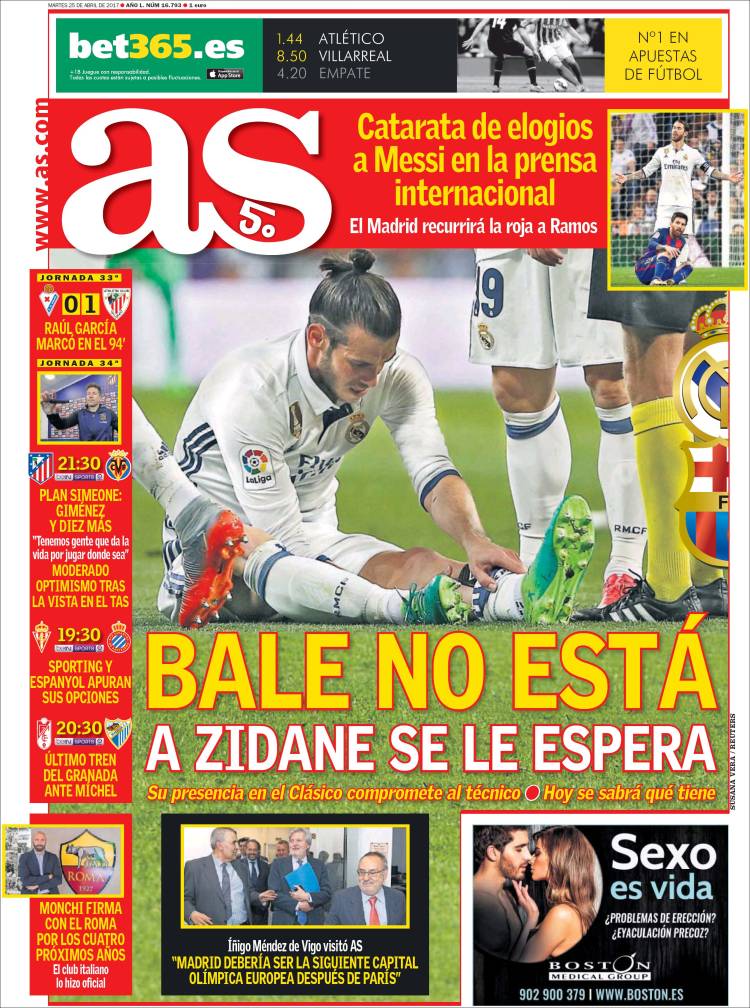 Not this Bale, Zidane is waiting for him

His presence in El Clasico was a Zidane compromise, today will find out injury extent

Simeone's plan: Gimenez and ten more - 'We have people to play wherever'

Moderate optimism after meeting with TAS

Sporting and Espanyol quicken their options

Monchi signs with Roma for next four years 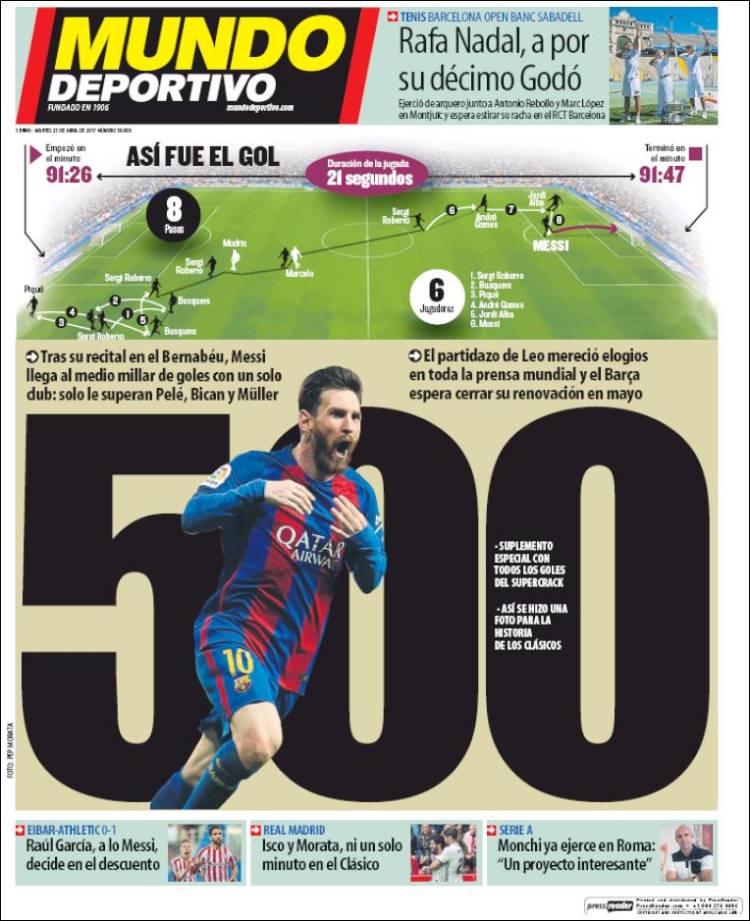 After his great display against Madrid, he joins 500-goal club men including Muller, Pele, Bican

Isco and Morata, without minutes in El Clasico