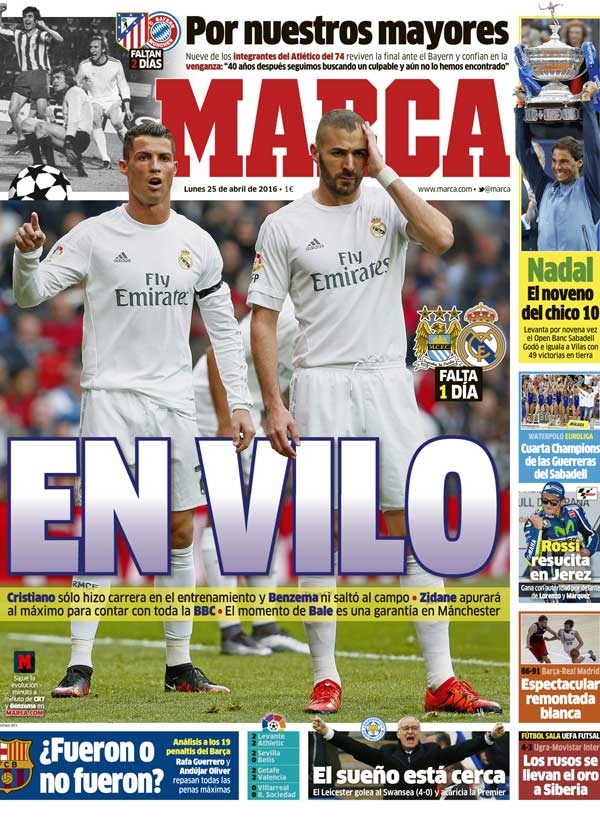 Up in the air

Cristiano only ran laps in training, while Benzema did not go on the grass

Zidane rushes to have all the ‘BBC’ back

Only Bale is a guarantee for Manchester at the moment

Nine of Atletico’s 1974 players relive the final against Bayern and are confident about revenge: “Forty years later, we’re still looking for a culprit and we still haven’t found one”

The dream is close 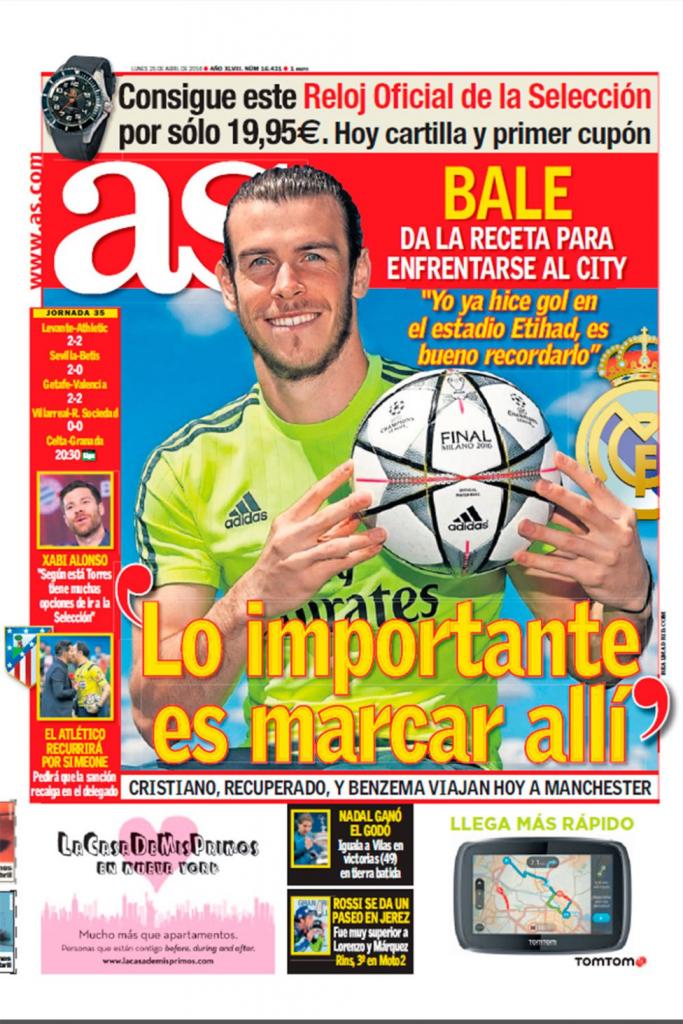 “The important thing is to score there”

"I already scored a goal at the Etihad Stadium, it’s good to remember”

Xabi Alonso: “Torres has a good chance of a Spain recall”

Atletico to appeal for Simeone 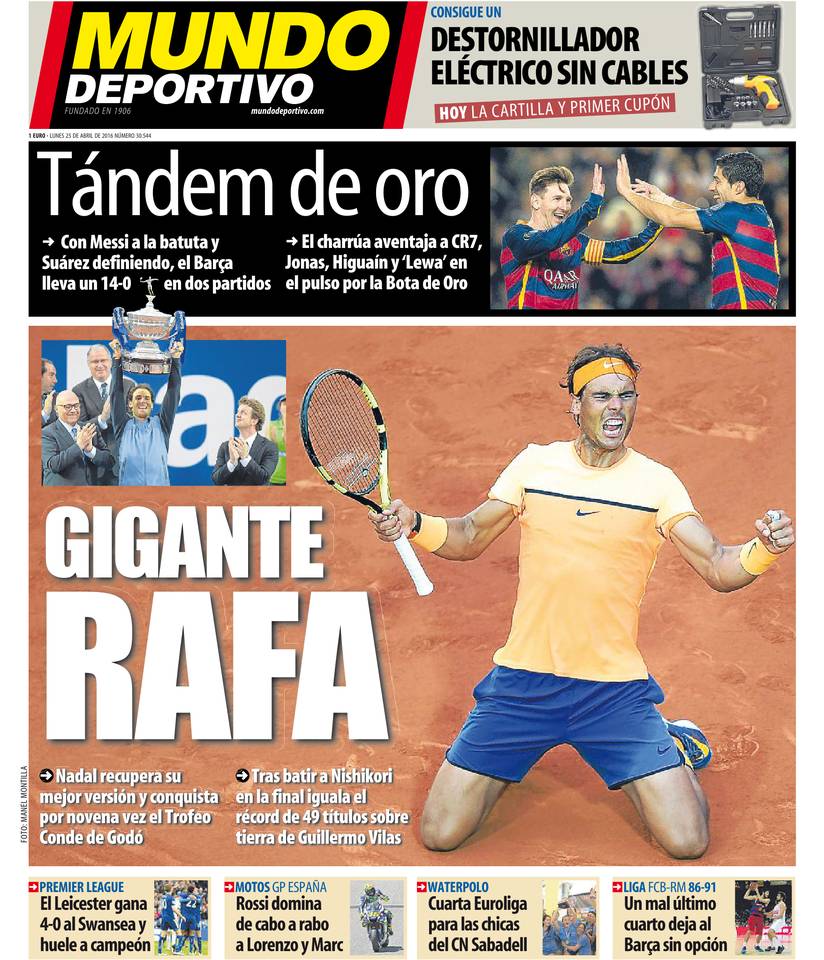 With Messi and Suarez defining the baton, Barca win 14-0 over two games

The Uruguayan outpaces CR7, Jonas, Higuain and ‘Lewa’ in the race for the Golden Boot