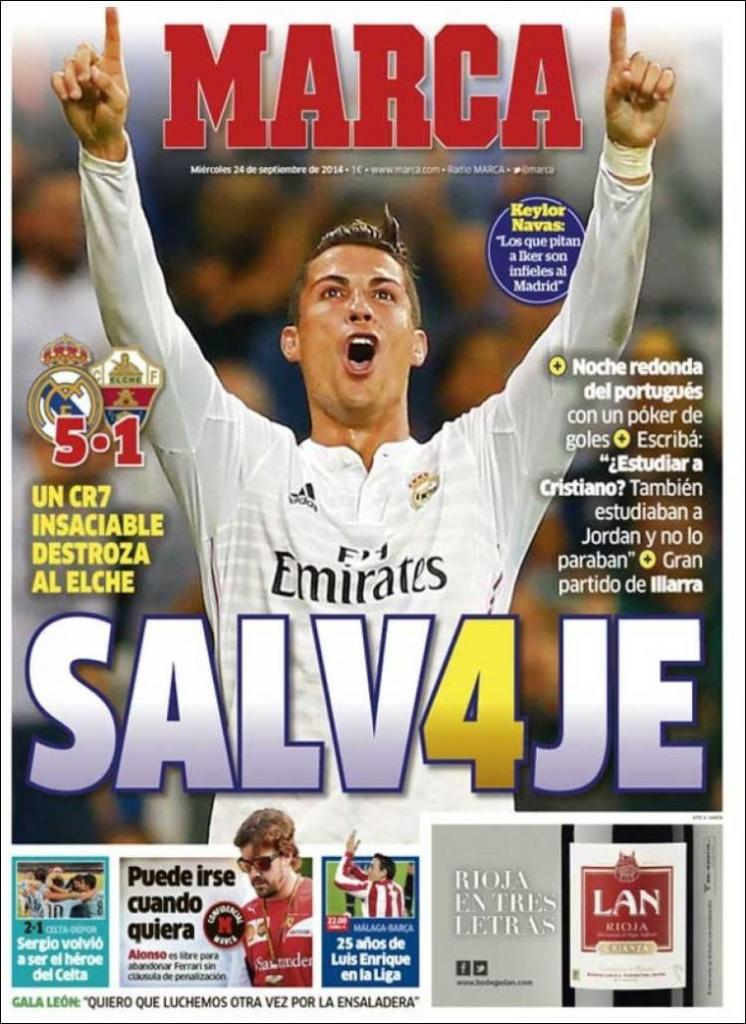 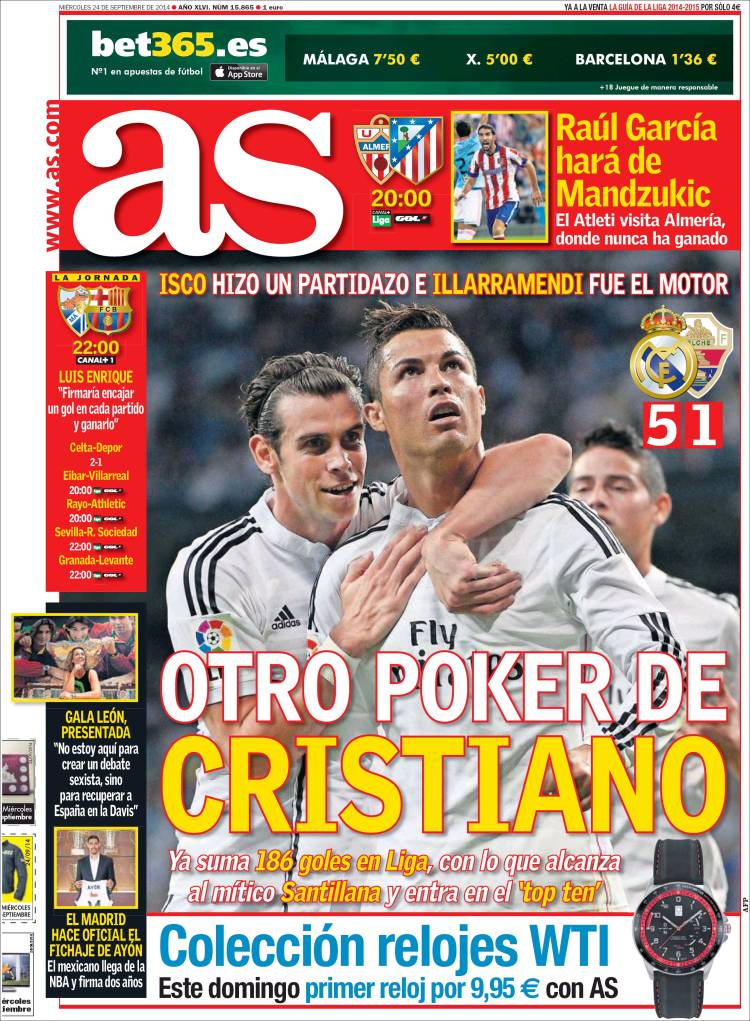 Another poker hand from Cristiano

He now has 186 La Liga goals, with which he reaches the mighty Santillana and enters the ‘top ten’

Isco has a great game and Illarramendi was the engine

Raul Garcia will make do for Mandzukic

Atleti visit Almeria, where they have never won

Luis Enrique: “I wouldn’t mind conceding a goal in every game if we won” 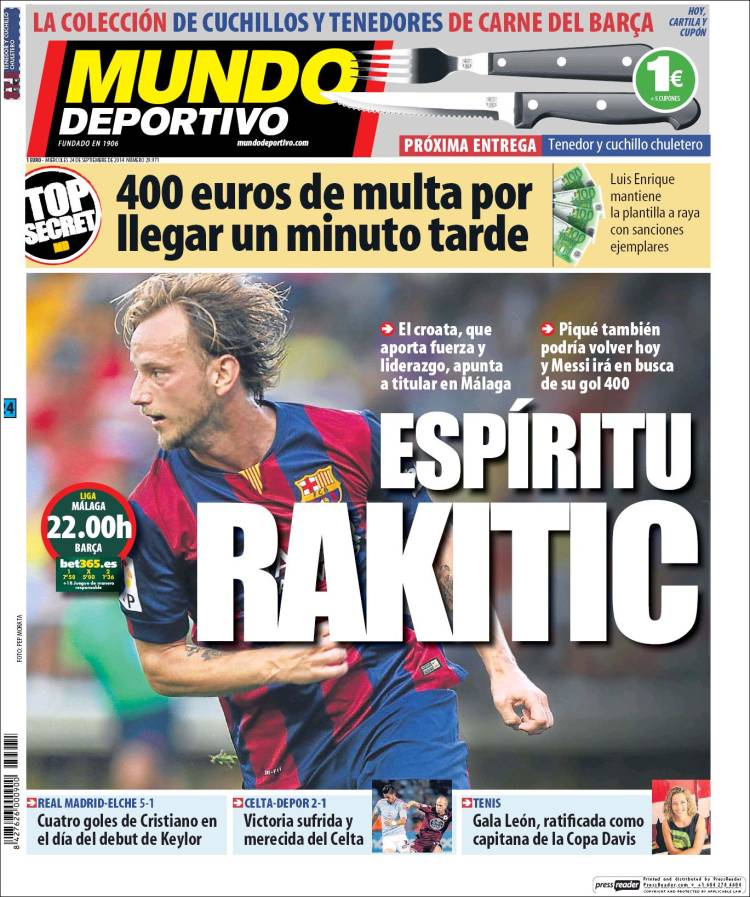 The Croatian, who brings strength and leadership, aims to be in the starting line-up in Malaga

A Celta victory that was suffered and deserved