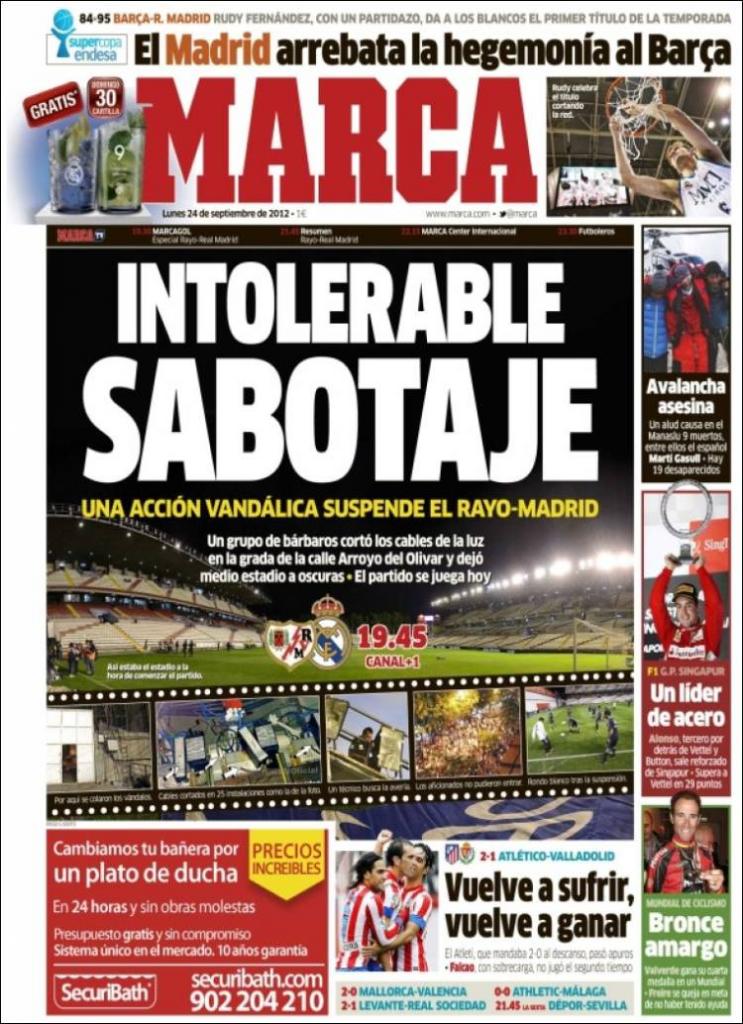 Rayo-Madrid suspended because of an act of vandalism

The game will be played today

Atletico,winning 2-0 at half-time, find it tough

Falcao, with a muscle strain, did not play the second half 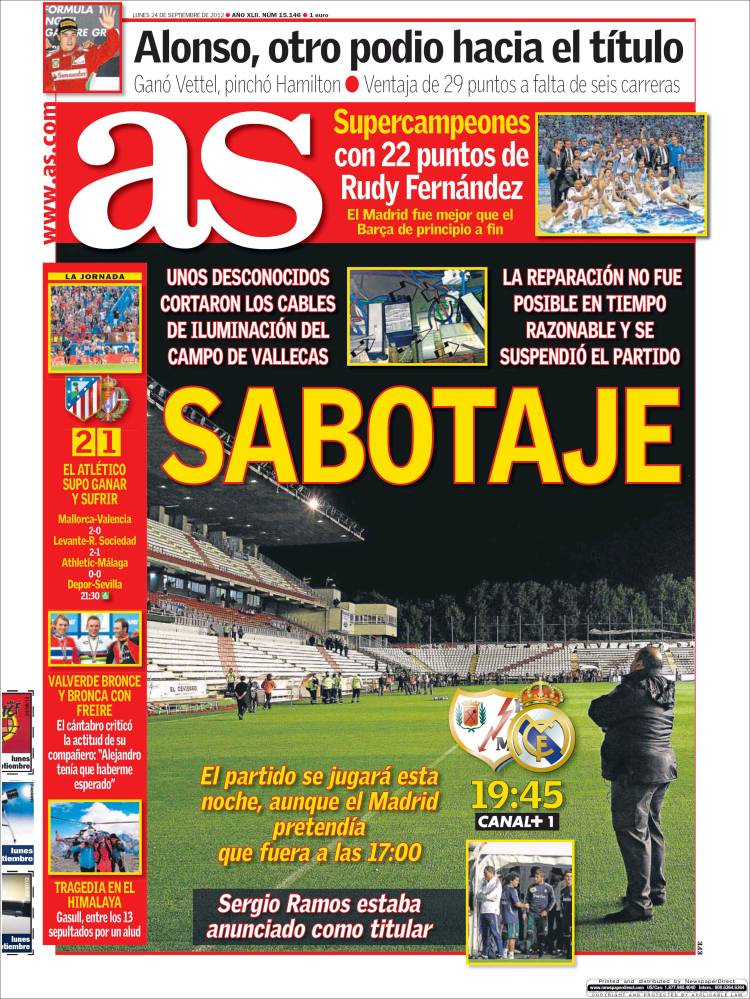 Sergio Ramos was selected in the starting line-up 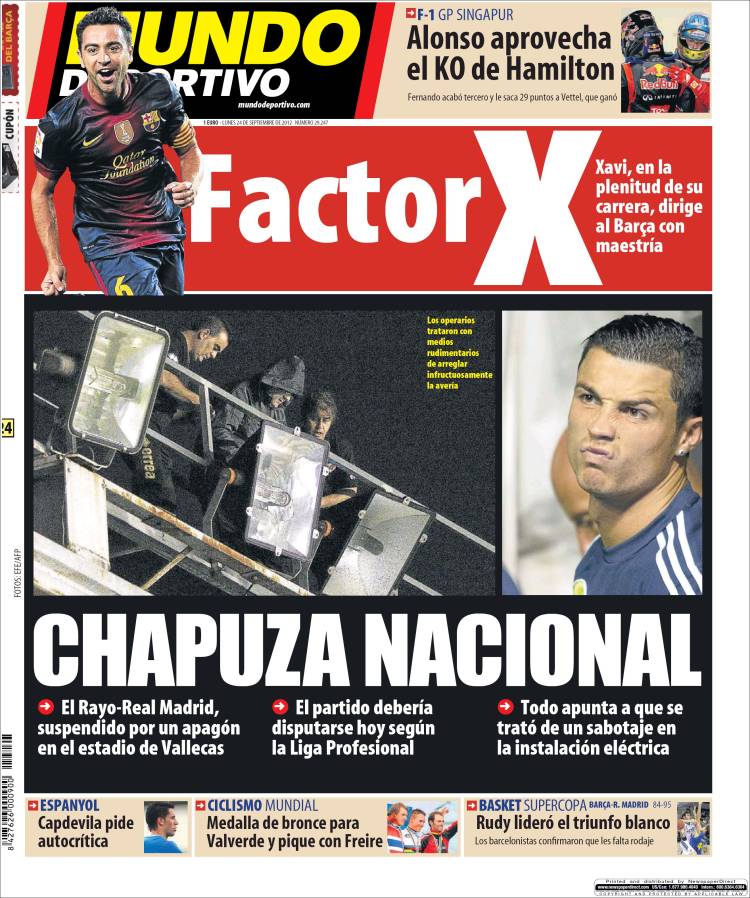 The match must be played today according to the Spanish League

Everything points to sabotage in the electrical installations

The operators tried basic methods to repair the breakdown

X factor: Xavi, in the latter part of his career, directs Barca like a maestro