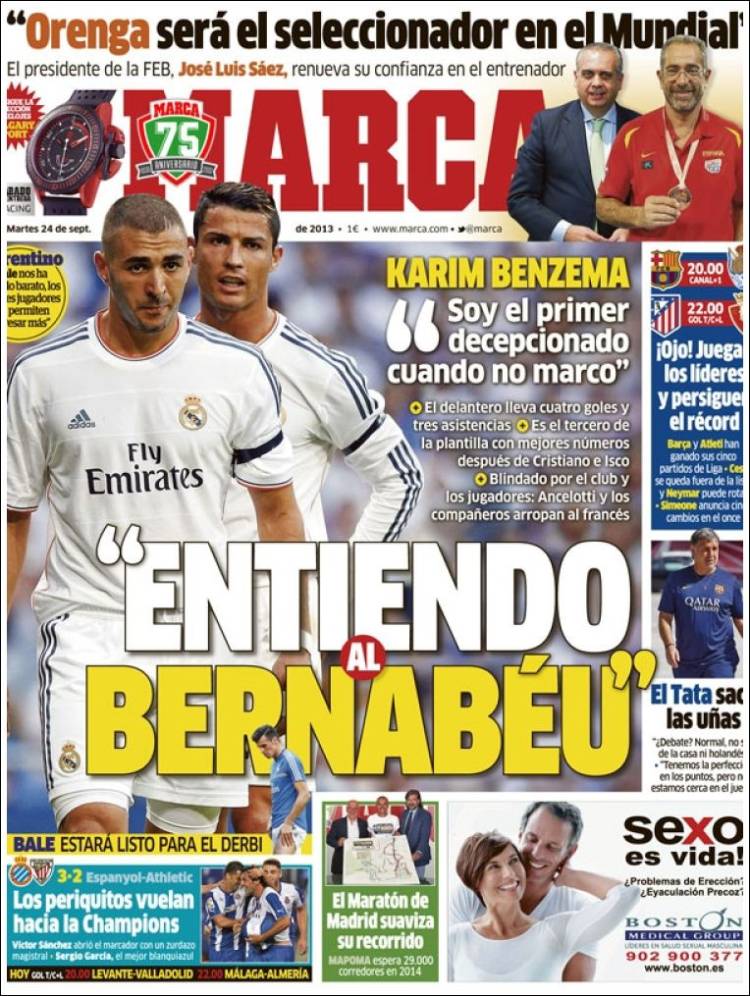 "I understand the Bernabeu"

Karim Benzema: "I am the first to be disappointed when I do not score"

The forward has four goals and three assits

Support from the club: Ancelotti and the players are behind him

Look! The leaders pursuing the record

Barca and Atleti have won their first five games

Cesc is out of the game and Neymar could be rotated

Bale to feature in the derby

Los Periquitos fly towards the Champions

Victor Sanchez opened the scoring with a great left-footed strike

Sergio Garcia, the best for the home side

"Orenga will be the world cup coach," Jose Luis Saez, President of the FEB 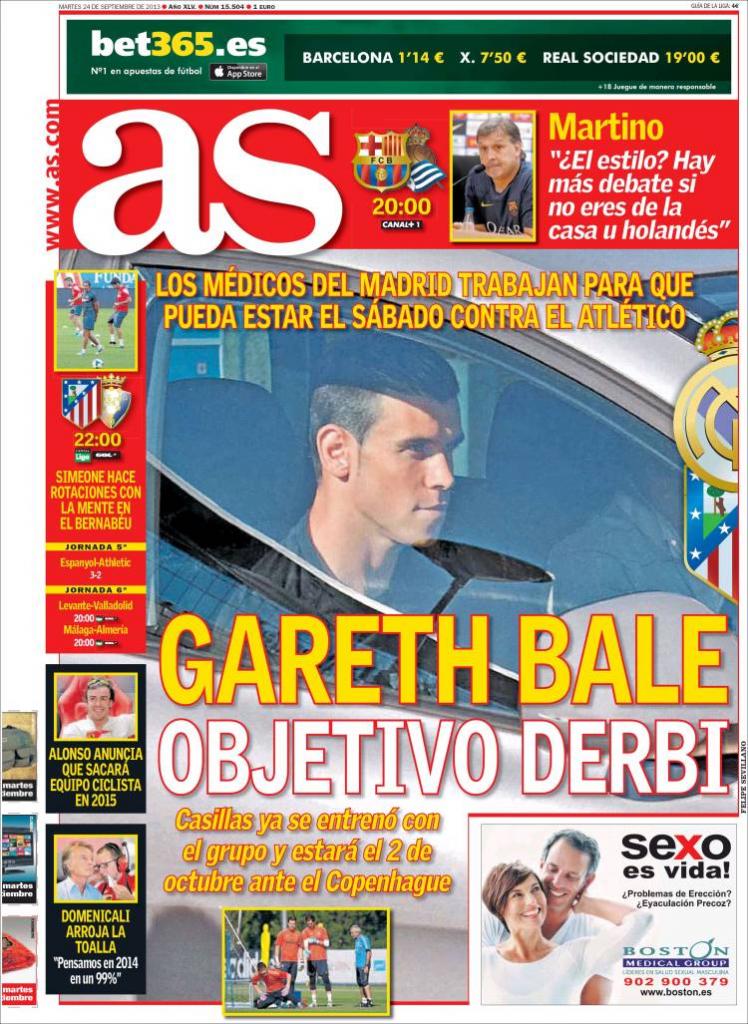 Gareth Bale; Objective is the derby

Martino: "The style? There is a debate because I am not from here or from Holland"

Alonso announces he will be in the cycling team in 2015

Domenicali throws in the towel: "We are already thinking to 2014" 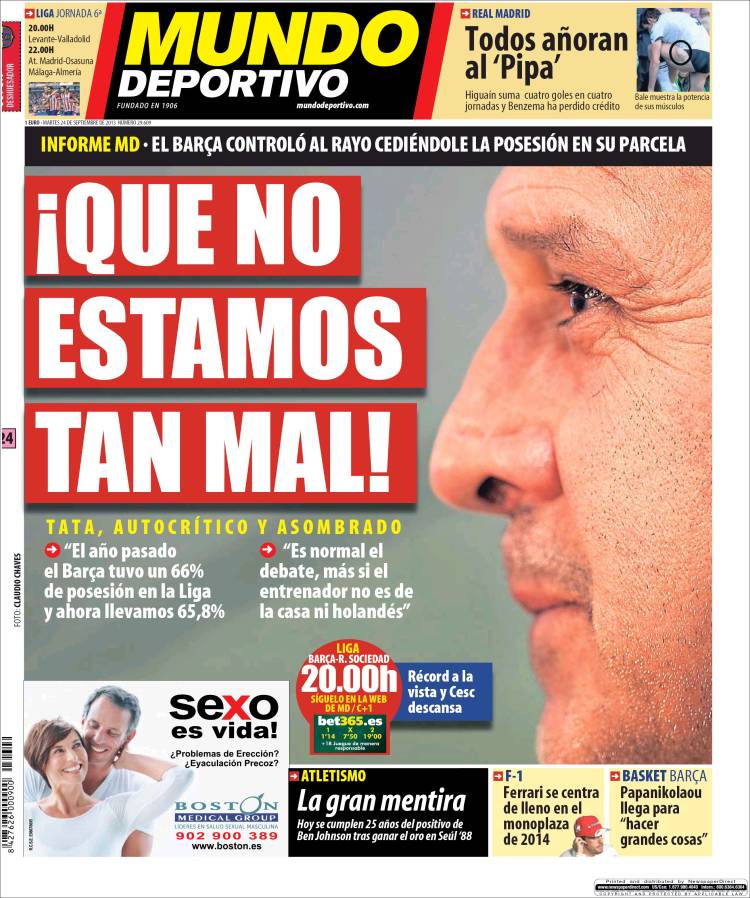 We are not that bad!

"Last year Barca had 66 per cent possession in La Liga, this year we have 65.8 per cent"

"It is normal to debate, more so because I am not from here or Holland"

Record in view and Cesc to rest

The great lie: Today is 25 years since Ben Johnson tested positive after wining gold in Seoul '88