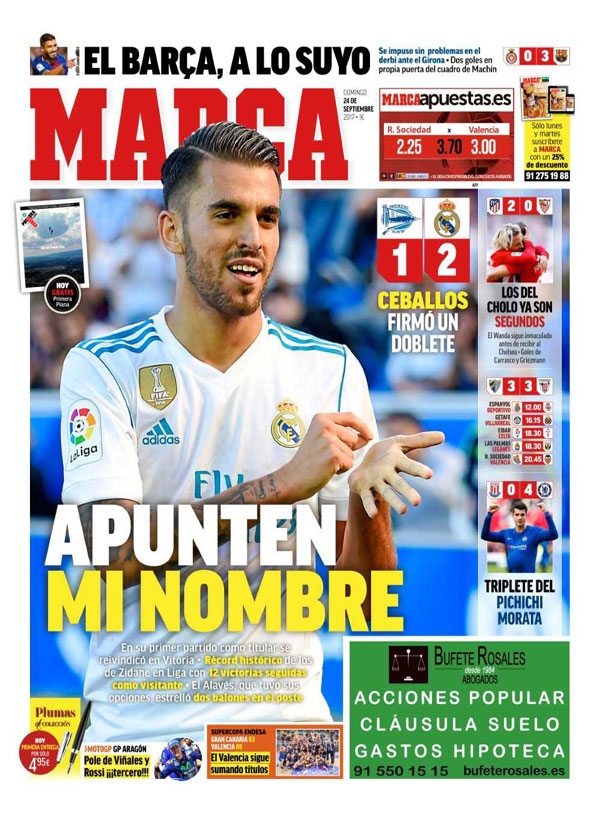 In his first match as a starter, he vindicated himself in Vitoria

Zidane sets a record in La Liga, with 12 consecutive wins as a visitor

Alaves, who had their chances, hit the post twice

Barca, to their own

They prevailed without any problems in the derby against Girona

Cholo’s men move up to second

Wanda remains immaculate ahead of Chelsea

Goals from Carrasco and Griezmann 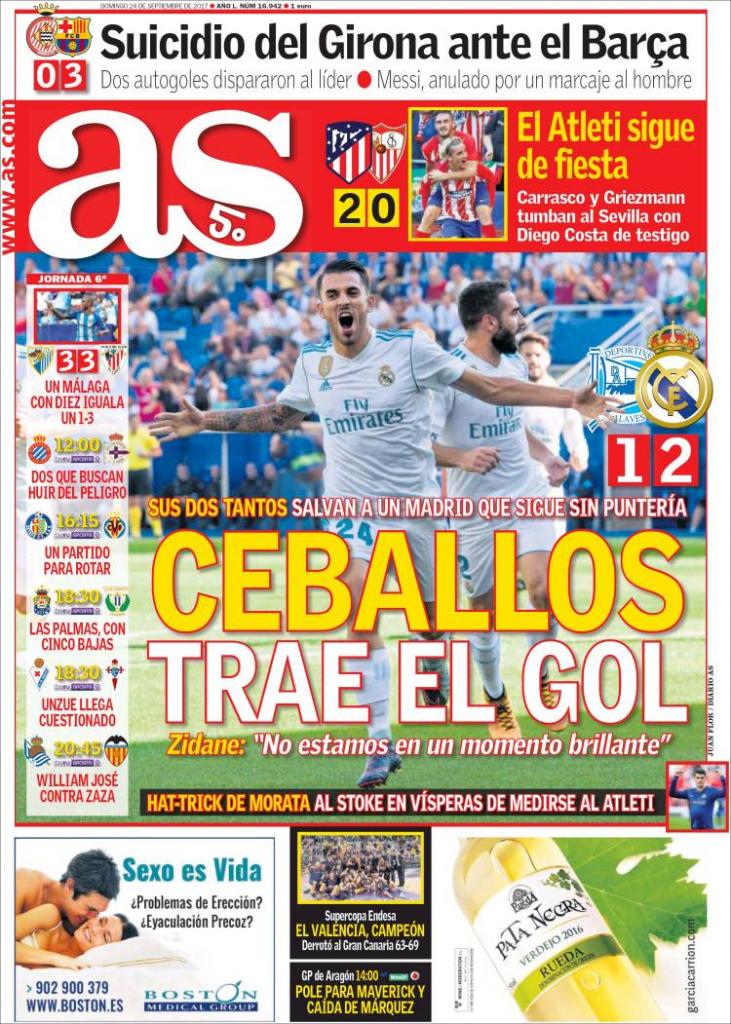 Morata’s hat-trick at Stoke, on the eve of Atleti

Two that look to flee from danger

A game to rotate

Las Palmas, with five out 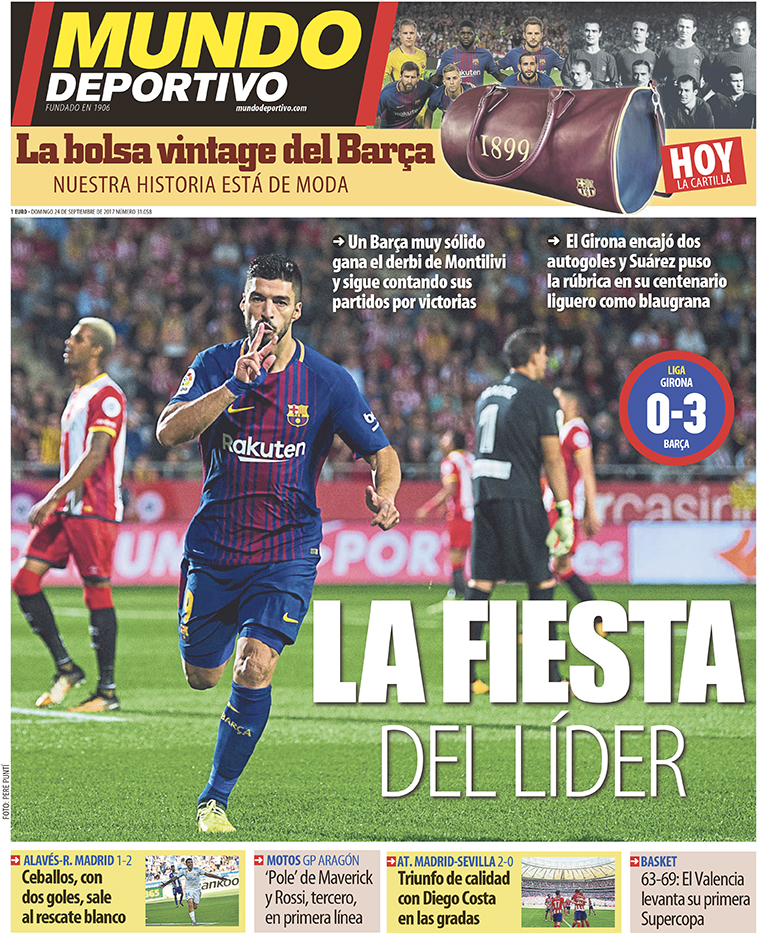 Party of the leaders

Girona conceded two own goals, before Suarez signed off the result on his 100th La Liga appearance

Quality win for Atleti, with Diego Costa in the stands